(Your Brother. Remember? opens for a theatrical run in NYC at the reRun Gastropub on Friday, April 6, 2012. Visit the film’s Facebook page or Oberzan’s official website to learn more. NOTE: This review was first published on Thursday, April 5, 2012 as a “Hammer to Nail Pick of the Week” at the Filmmaker Magazine blog.)

For those of us who, as adults, continue to take the preposterous cliff-jump that is making movies with nary a paycheck in sight, there are almost certainly VHS/Hi-8/mini-DV tapes hidden somewhere that contain our earliest “work.” Most of this “work” can be categorized as such: backyard/basement/garage variations on—or outright recreations of—whatever big-budget spectacles we had most recently encountered. As a combination performance artist/filmmaker in his mid-30s with just two features under his belt—Flooding With Love For The Kid and now Your Brother. Remember?—Zachary Oberzan has done the unthinkable. Rather than exploiting these past transgressions for comedic purposes, he has embraced them to the point where they define his peculiar artistic vision. Though his work is extremely personal, Oberzan’s films also ask genuinely deep questions about inspiration, execution, and purpose when it comes to gathering up the reckless courage to make a movie, whether it’s with a 35mm camera on a sound stage in Hollywood or on a crappy camcorder in the woods out back. 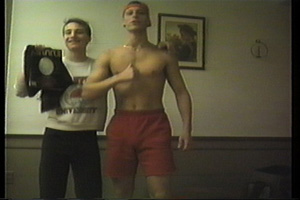 Your Brother. Remember? is a real doozy. Combining live performance footage, clips from the movies Kickboxer and Faces of Death, and simultaneous—though decades-separated—verbatim home video recreations of said movies (starring Oberzan, his brother Gator, and their sister Jennie), this has the makings of a pretentious experiment that’s so pleased with its own meta-cleverness that you can’t help but want to punch it in the face. Yet that doesn’t happen here, namely because Oberzan constructs his film in a way that continually surprises. Just when you think this concept is on the verge of wearing out its welcome, a new juxtaposition or revelation punches you in the face. It’s one thing to reframe an early monologue with the gut punch that it’s connected to Oberzan’s brother’s present-day, real-life problems. But to make an ironic Jean Claude Van Damme monologue from the meta-ironic movie JVCD echo with true poignancy? Now, that is a feat.

Back in 1990, Oberzan was a 16-year-old movie lover who grabbed his siblings and a video camera and honed his skills by shooting homegrown pictures that were based on other pictures. In 2009, Oberzan returned to the scene of the crime to do the exact same thing with the exact same films. Only this time, though the recreations are remarkably exact, the faces and bodies having changed (and by ‘changed’ I mean aged). That trick alone isn’t enough to sustain a feature—even a short 63-minute one such as this—and fortunately, Oberzan knows it. As his film becomes more personal, exposing the depths to which his brother has sunk—prison, methadone addiction—it also reveals the true, complicated depth of their brotherly bond. Gator’s admiration for his brother Zack, who still hasn’t lost that initial creative spark that drove him to pick up a camera way back when, provides this obscure experimental video piece with the heart of a pure American drama.

When it comes to clearing rights for a project like this, I hate to be a party pooper, but I simply don’t see that ever happening. And while that ensures an extremely limited audience for Your Brother. Remember?, it also reaffirms Zachary Oberzan’s purpose and reminds us every step of the way that he’s not doing this for commercial reasons. He’s older now, but he’s still living that adolescent dream. For Oberzan, the past is the present is life is art. Making something is the only thing. 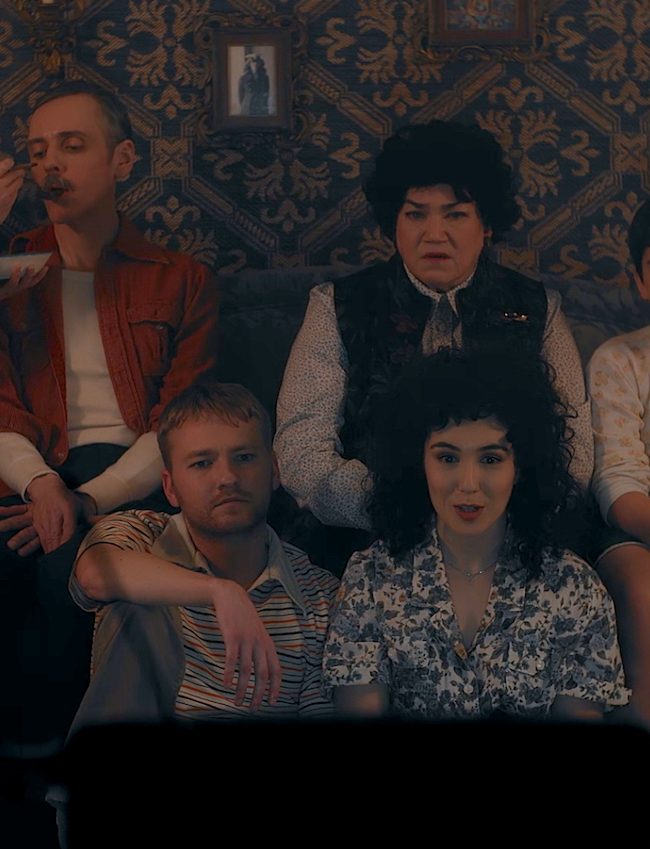