(Madeleine Olnek’s third feature film, Wild Nights with Emily, is in select theaters now via Greenwich Entertainment. Like what you see here on Hammer to Nail? Why not pay just $1.00 per month via Patreon to help keep us going?)

History isn’t always written by the winners. Sometimes, it’s written by mediocre opportunists capitalizing on the talents of others. Regardless, history has always had a patriarchal hue, even when written by women. We now know that Emily Dickinson was not a spinster recluse, but a passionate and vibrant woman who understood that if she wanted to follow her heart in the 19th century, she would have to do so in secret.

Madeleine Olnek’s third feature film, Wild Nights with Emily, is more than just an attempt to right the way history has wronged Emily Dickinson (Molly Shannon). Though the story takes a few narrative liberties, a great deal of it is based in fact. Olnek used Dickinson’s letters and poems – with permission from Harvard University Press – in order to piece together an honest supposition regarding Dickinson’s personal life. She suggests that the person responsible for creating and perpetuating the myth was likely also a victim of her time. Mabel Todd (Amy Seimetz) forged Dickinson’s persona without ever actually meeting the woman. Furthermore, she did so whilst carrying on an affair with Emily’s married brother, Austin (Kevin Seal). Seimetz plays Todd with a lighthearted humblebrag swagger atop a desire to do what she felt was necessary to get Dickinson’s work published. Todd erased the name “Sue” from many of Dickinson’s more impassioned works. It’s likely that she wasn’t acting completely out of self-interest. She thought that the world wasn’t ready for a lesbian poet, but that Dickinson’s verse was too revolutionary to keep hidden.

Emily and Susan (Susan Zeigler) were childhood friends who fell in love in adolescence and devised a way to be together in the 19th century. Susan would marry Austin, and they would live in the house next door. No one questioned the closeness of their friendship and Susan made things even more convincing by bearing Austin’s 2 children. Emily wrote constantly, amassing over 1,800 poems. She only managed to have 11 of those published in her lifetime. Atlantic Monthly editor T.W. Higginson (Brett Gelman) cites her lack of punctuation and rhyme as a major deterrent for publication. Gelman plays to his strengths as a man who fancies himself a feminist in the same breath that he declares the nation unready for women’s suffrage (Making executive decisions about what “the world is ready for” is a recurring theme in the film). Higginson favored female poets like Helen Hunt Jackson who wrote about the glory of motherhood and other acceptable womanly topics.

Wild Nights is, first and foremost, a comedy. But, like any comedy worth its salt, a deep pathos lurks just beneath the surface. People don’t give Molly Shannon enough credit for her ability to deliver a line as dry as the Sahara. Shannon marries the elements perfectly and clearly revels in Emily’s coded dialogue. She also imbues Dickinson’s poetry with a passion that supports Olnek’s thesis. I defy anyone to hear Shannon recite the lines, “Her breast was fit for pearls” and “I taste a liquor never brewed” and argue that she was writing about her unrequited love for a man.

Olnek loves to play with perception, frequently juxtaposing Todd’s slanted lecture with Dickinson’s very plausible private life as a 19th century lesbian who refused to settle for a sham marriage. It occasionally reaches Oscar Wildean levels of farce, but it fits the tone perfectly and imbues the title with a double (or even triple) meaning.

Shannon is in peak form during a scene which reveals Dickinson’s writing process. She pulls scraps of paper out of pockets, aprons, and even her hair, when presenting her latest works to Susan. It’s both hilarious and relatable to those of us who are constantly writing in our heads and remember a time before everyone carried around electronic notepads.

As depicted in the film, Susan’s daughter put together her own collection of Dickinson’s work years after Todd crafted her legacy. Martha Dickinson Bianchi sought to celebrate her beloved Aunt in her true glory, but few would listen. They were quite comfortable with Todd’s narrative. It made more sense to them than the notion that two women could experience true romantic love. One wonders if there ever was such a thing as a “spinster”, or if it was always a coded term. 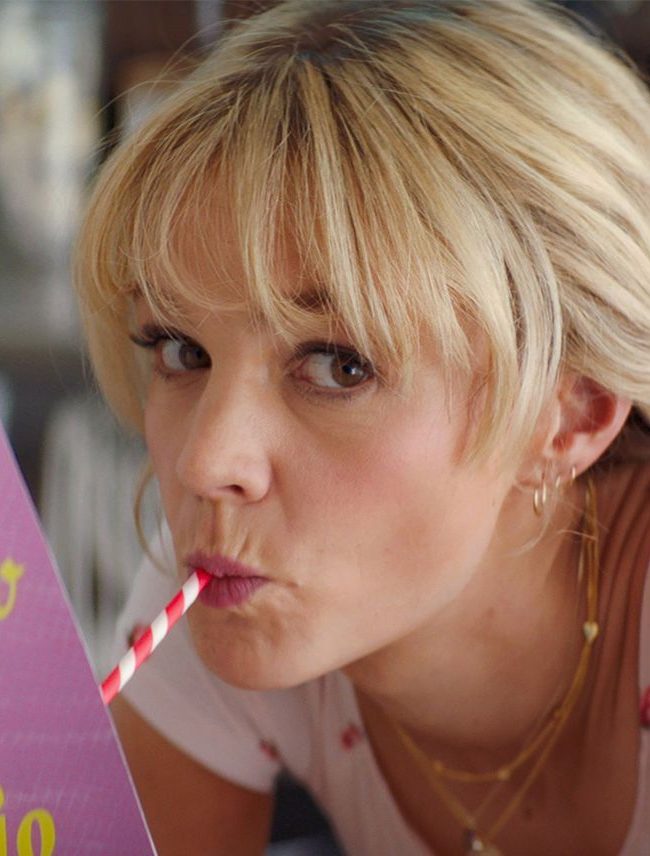