THEY CALL ME DR. MIAMI 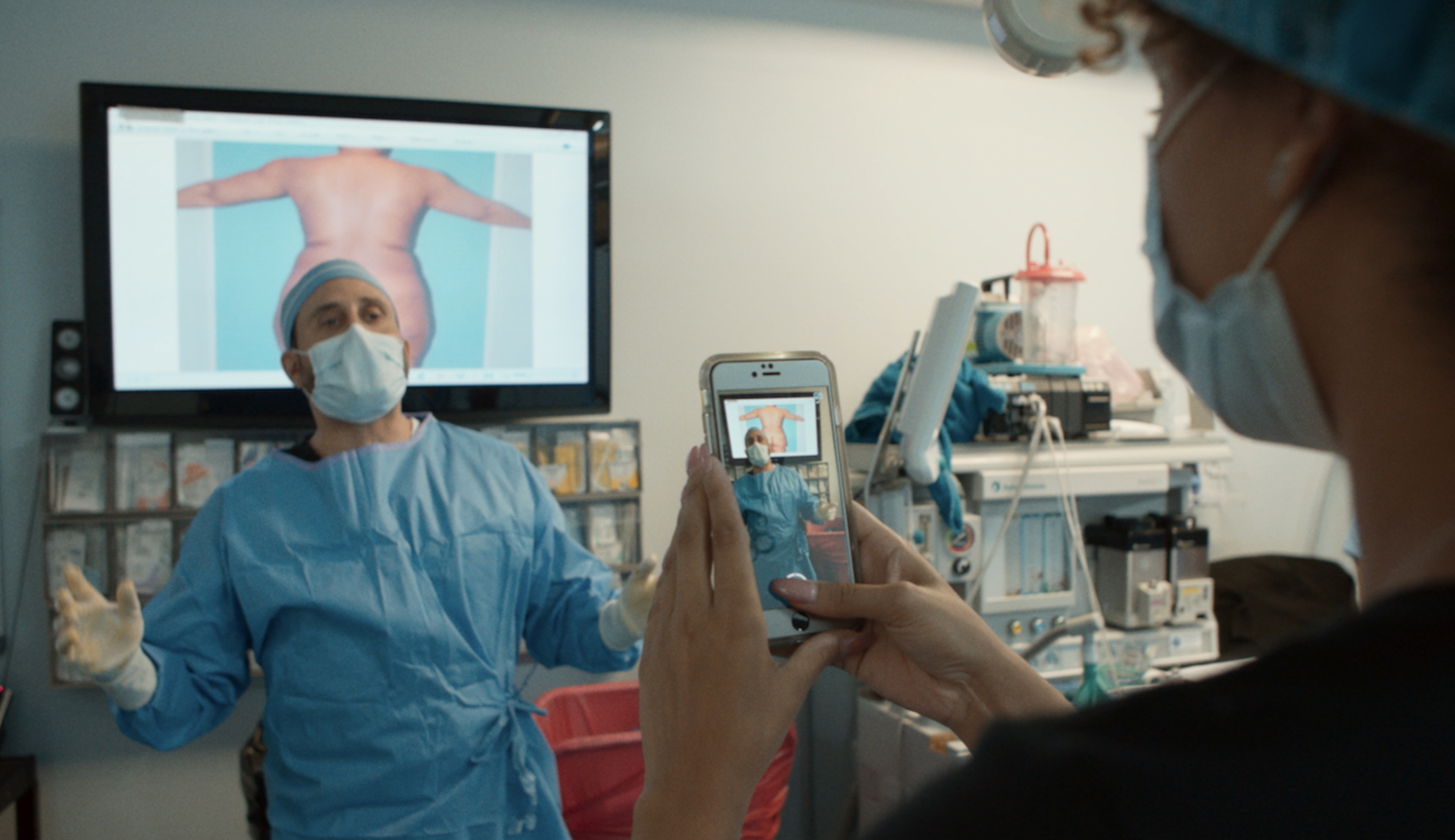 (Director Jean-Simon Chartier’s They Call Me Dr. Miami will be making its World Premiere with a virtual screening on Sunday, April 26th following with a Q&A with Dr. Miami in participation with the Miami International Film Festival. The film then will be having a screening on CBC’s Gem streaming service & the Documentary Channel on Thursday, May 14th at 8PM in association with Hot Docs. Like what you see here on Hammer to Nail? Why not give just $1.00 per month via Patreon to help keep us going?)

Though you may not know it, happiness awaits you just around the corner. For just $16,000 (give or take), a brand-new you is possible. Why be satisfied with a nose you don’t like, or a butt that’s not big enough (or too big), or anything less than than a perfect hourglass figure? All you need is money and a will to change. And, of course, a plastic surgeon. I have one for you: his name is Dr. Miami, a master of scalpel and liposuction who is also a social-media celebrity. You can find him on Instagram, Twitter and Facebook, and Snapchat (though his account on this last one was briefly deleted after he filmed himself doing a penis enlargement). Crass and flashy in his endless self-promotion, he is also quite successful, so if physical transformation is your game, he could be your guy. “This is America,” he tells us, where all is not only possible but, perhaps, necessary.

Director Jean-Simon Chartier (Encountering Burning Man) deeply embeds himself and his crew in the everyday shenanigans of his subject, whose real name is Michael Salzhauer, in the appropriately titled new documentary They Call Me Dr. Miami. They do, indeed, thanks to a sharp sense of advertising and a refusal to allow ethical qualms about excessive advertising to stop him. Though an orthodox Jew, Salzhauer has no problem making music videos with hip-hop and other stars featuring sexual language and content. Whatever sells must be good.

Salzhauer is not clueless about his own methods, however. In many an intimate moment, Chartier films his subject equally reflective as bombastic, and often very insecure. And Salzhauer’s no dummy, even if he is quite the vulgarian. It also helps that he appears to be a very fine surgeon, though he applies his skills in a frivolous direction. Which he, for sure, does not see as frivolous, since he believes that “plastic surgery can empower and transform lives,” a mantra which his staff chants every morning as they prepare to open the business, psyching themselves up for the day.

Using a combination of archival footage and photographs, along with talking-head interviews with colleagues (approving and disapproving), family (approving and disapproving) and clients (approving), among others, Chartier builds a complex portrait of a consummate professional who nevertheless long ago crossed a moral Rubicon, no matter his religious misgivings. There is a place in this world for cosmetic procedures, along with important reconstructive surgery, but they are less lucrative. Then again, if people are willing to spend their hard-earned cash on a Brazilian butt lift, who am I to stop them? Sure, some folks have died doing it (though none with Dr. Miami, so far), but what price beauty, right?

They Call Me Dr. Miami opens and closes with the following quote from Guy Debord’s 1967 text Society of the Spectacle: “In societies where modern conditions of production prevail, all of life presents itself as an immense accumulation of spectacles.” In between those two title cards, the director does an excellent job illustrating one way in which this rancid symptom of late-stage capitalism manifests itself. He also creates a fascinating profile of a man so torn that he cannot reconcile the conflicts between his personal life and career. Then again, as long as the money keeps flowing, why stop? This is, after all, America.