(***WINNER OF HTN’s WINTER ’15 SHORT FILM CONTEST*** The Immaculate Reception is the second film in Charlotte Glynn’s “Pittsburgh Trilogy.” The first, Rachel Is, is now available through Vimeo on Demand. Visit the Jacktar Films website to learn more.)

Make no bones about it (said in the thickest Pittsburgh accent your imagination can muster), Charlotte Glynn’s The Immaculate Reception is a flat-out master-class in how to achieve period authenticity however limited one’s production budget may be. Sharply written, perfectly cast, and flawlessly executed, Glynn’s film absolutely drills that tricky sweet spot between comedy and drama, resulting in an experience akin to digging out one’s dusty old family photo albums and football cards from the basement closet.

The first three shots set the tone: Pittsburgh row houses surrounded by hills on a gray day threatening precipitation. Granted, the Pittsburgh skyline has always screamed mid/late-20th century to me (growing up in Maryland during this time period likely has something to do with that), but beyond that, what distinguishes this footage as being of its era is cinematographer Greta Zozula’s Super 16mm imagery. Whether or not a viewer consciously recognizes it, the fact is obvious from those first three establishing shots: this movie feels 1970s. 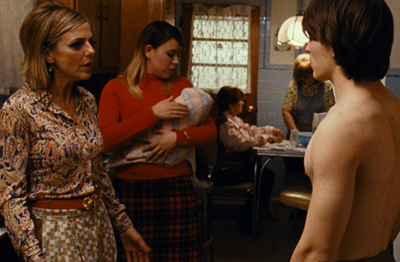 Shooting on grainy celluloid is a good start, but that’s only one of the battles. I’m not sure if this can be scientifically proven, but it also cannot be denied: while some things feel 1970s, some people look 1970s. With Deema Aitken, Glynn struck some serious Steelers gold. Aitken’s first line delivered as the thinly mustachioed teenager Joey sets the bar almost impossibly high, “Mom, where’s my game shirt?” Only when the closing credits appear does one fully appreciate that was just the glorious beginning of Glynn’s screenwriting  pitch perfection.

December 23, 1972 is an infamous day in NFL history, for that is when Franco Harris scooped up a Terry Bradshaw deflection before the ball hit the ground and ran into the end zone in the waning seconds to give the Steelers an impossible 13-7 victory over the Oakland Raiders. A movie about this topic alone would be a worthy enough venture, but here Glynn ups the ante even further by telling the equally momentous story of Joey’s loss of sexual innocence.

Mere hours ago, this game was all that mattered to Joey; the Steelers were the most important thing in the world. But when Shelly (Jess Paul) appears to help out in the kitchen, just like that, his budding hormones take control and all of a sudden, whatball game? Gwynn could have written this immaculate deflowering to occur during the post-game celebration, but to drive her point home further, she times it to when that other precious miracle is unfolding on the television screen downstairs. (If The Immaculate Reception is in fact based on a true story, then all I have to say is that the truth is more beautifully poetic than fiction.)

Great short films are crystallized bursts of epiphany—some large, some small. What makes The Immaculate Reception truly exceptional is not its flawless period filmmaking, but how it fuses two of the biggest epiphanies at once—love and fandom—in order to present teenagehood as the bittersweet trainwreck that it is. 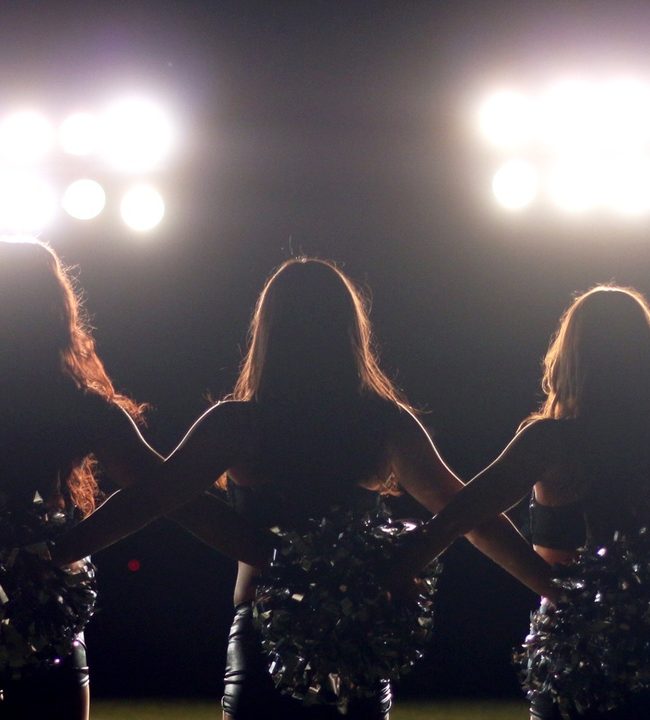