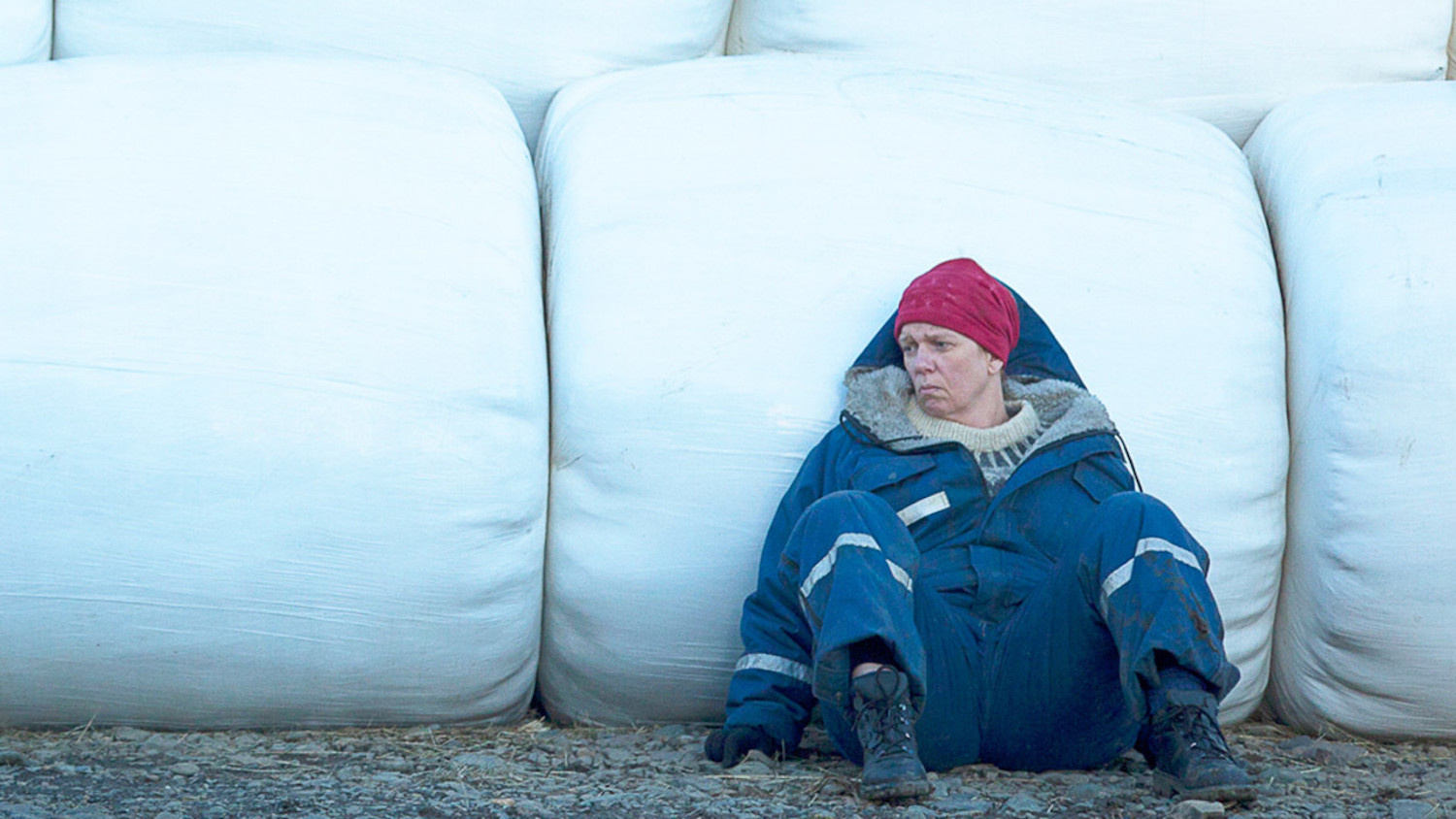 There is no doubt that one of the best assets available to Icelandic filmmakers is the beauty of the island nation’s natural landscape. In recent years, we’ve seen movies such as Rams, The Swan and Woman at War avail themselves of the raw power of nature to underline the dramatic strengths of their stories in vibrantly visual ways. Certainly, the 2018 And Breathe Normally artfully breaks from this reliance on craggy peaks and glacial valleys, instead wallowing in the misery of barren volcanic plains, but if the majesty of Iceland suits the story, then I say, use it. In The County, Grímur Hákonarson’s new film (Rams was his, as well), the director keeps the grandeur of the scenery at a distance, but it is always there, nonetheless, a reproach to the rot at the center of the tale.

We open on Inga (Arndís Hrönn Egilsdóttir), helping a cow to birth a calf. She and husband Reynir (Hinrik Ólafsson) own a farm in the countryside – in the “county” of the title – struggling to make ends meet in the face of rising prices from the local farmers cooperative. Life is hard, but we see in the resolution of her face as she pulls the stubborn calf free from its mother’s womb, that Inga is not easily discouraged. Reynir is a different case, however, forced – as we soon learn – by the co-op to spy on his neighbors and report any who purchase items from capital city Reykjavík, or anywhere else but the county. In debt, Reynir ensures financial help from the co-op through this covert intelligence gathering. It weighs heavily on him, however, and leads to tragedy.

Once the terms of the narrative are set – co-op bad, beleaguered farmers good – the question becomes, what can the latter do? Inga has an idea: force the issue and resist at all costs. And so begins a classic David vs. Goliath tale, with Inga progressing from mere annoyance to actual threat. Ornery and depressed, she makes a prickly protagonist, but the film is much the better for her imperfections. And all the while the surrounding peaks gaze down, a challenge to those mired in the muck of corruption.

Egilsdóttir and the supporting cast are all uniformly excellent. Though I slightly preferred the haunting austerity of Rams, Hákonarson still delivers a powerful testament to the resilience of the human spirit and, even better, keeps the plot moving in surprising directions. As the conflagration of the region’s current political structure spreads, even at the risk of a pyrrhic victory for Inga, it’s fascinating to watch the forces of establishment greed at risk. Not all in the county may appreciate the result, but all who watch The County will, for sure.