(sleep furiously opens theatrically in NYC at Cinema Village on Friday, July 29, 2011. ***More importantly*** FANDOR IS MAKING IT AVAILABLE  FOR 24 HOURS ONLY ON FRIDAY, JULY 29TH! Go here to learn more. NOTE: This review was first published on July 22, 2011, as a “Hammer to Nail Pick of the Week” at the Filmmaker Magazine blog.)

It’s tempting to read Gideon Koppel’s sleep furiously as a bittersweet ode to the antiquated community in which he was raised, or, God forbid, to view it as some sort of call-to-arms to not let this slow, quiet way of life fade into oblivion. The truth is that it isn’t either of those things. By refusing to make any grand, preachy statements, Koppel has achieved something far more commendable and deceptively complex—he’s preserved the pulse, spirit, and soul of this place and its people.

It/they are certainly worth preserving. The tiny Welsh hamlet of Trefeurig remains so untouched by 21st century progress that without a few scant references to modern technological advancements—a laptop here, an Idiot’s Guide to Photoshop there—one would be excused for wondering if sleep furiously was even shot in the 2000s (Koppel’s decision to shoot on celluloid does nothing to abate this wondering). It is a world in which the traditions and routines that have become mere folklore in most of our minds continue to abide. Choir practice, animal births, pie bake-offs, small town gossip, playground games, home cooking. While these things still occur all over the world—by golly, they even happen in the good ol’ US-of-A—under Koppel’s patient, watchful eye, the clock of the Trefeurig community tick-tocks at a more timeless, poetic pace. 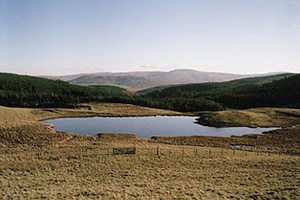 If you’re looking for a plot, well then, you’ve knocked on the wrong door, haven’t you? There is perhaps a guiding element to be found in the town’s rolling librarian, who drives his yellow bookmobile through the gray, hilly landscape, stopping at houses in order to pick up books from, and drop new ones off to, his eager customers. But Koppel doesn’t use this man, or this van, or this job, as a metaphor or a broader connecting device (I can’t say for sure based on only one viewing, but I’d be willing to bet that the film was consciously edited to make sure viewers wouldn’t latch onto any type of recognizable narrative arc). It’s quite clear that Koppel isn’t interested in telling a traditional “story.” His primary purpose is to evoke moments, memories, feelings.

While Koppel doesn’t overload the film with music, instead letting the quiet, natural world provide its own sonic atmosphere, his inclusion of several lovely Aphex Twin tracks couldn’t be more fitting (especially the recurring “Avril 14th”). Late in the film, there is a stop-motion fireworks sequence set to a more uptempo electronic track, which reminds us that we are in the present, but this too plays like a dream, as if we’re witnessing this moment from somewhere far away (the film’s haunting coda complements this sensation). 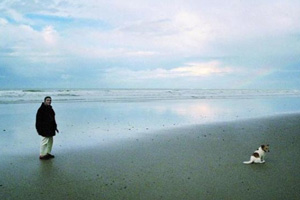 In a character sense, sleep furiously’s show-stealer is an adorable elfin older woman named Pip, who is actually the filmmaker’s mother. To his credit, this is never addressed in the film; by refusing to explicitly acknowledge just how personal this film is to Koppel, he enables it to become that much more personal for each individual viewer. For example, in one scene, Pip hangs laundry outside and speaks to her dog as she weakly calls out for her puppy to return. At that moment, I was overcome with emotion, recalling the memory of visiting my own adorable little granny in Ireland, who lived on similarly rugged terrain. Too much explicating by Koppel wouldn’t have given me the space to connect with the film in this intimate manner.

As for the title, I confess to needing to perform a quick internet search to discover the source. Noam Chomsky came up with the following quote in his 1957 text Syntactic Structures—“Colorless green ideas sleep furiously”—as an example of a sentence that is grammatically correct yet doesn’t make any actual sense. While I don’t rightly know what this has to do with Koppel’s gorgeous film, if it felt right to him to call his movie that, so be it. Everything else he does in sleep furiously feels as right as can be.