(Oslo, August 31st is being distributed by Strand Releasing and opens on Friday, May 25, 2012, at the IFC Center in NYC. NOTE: This review was first published on Thursday, May 24th, 2012 as a “Hammer to Nail Pick of the Week” at the Filmmaker Magazine blog.)

Joachim Trier’s follow-up to his much-loved 2006 debut Reprise begins with an audio montage of voices sharing their memories of the titular city: “I remember taking the first dip in the Oslo fjord on the first of May.” “I don’t remember Oslo as such, it’s people I remember.” “We moved to the city. We felt extremely mature.’” On the screen, stationary shots of empty city streets are followed by home movies—children at play, friends enjoying each other’s company—then back to the streets as they fill with daytime bustle. Meanwhile, the voices continue: “I remember hours on trams, buses, the metro, walking along endless roads to some mythical party where you never knew whether you were invited or not.” “I remember how free I felt the first time I came to Oslo. Then I realized how small Oslo is.” “The scent of salt on her skin.” “We had so much time on our hands.” “I remember having a best friend.” “Wonder what he’s doing now?”

After the montage concludes, the story proper kicks in. Following a botched suicide attempt, Anders (Anders Danielsen Lie, who also starred in Reprise) leaves rehab and returns to his home city for a job interview. Once he impressed people as a potential literary talent, but now, at 34, all he has to show for it is a several-years-long gap in his CV. Although Anders has kicked his heroin habit, he’s haunted by a sense of worthlessness and futility. Over the course of a day and a night, he visits old friends, wanders the streets, leaves voicemails for his ex-girlfriend, and looks for a reason to go on—or, perhaps, an excuse to check out early.

Oslo, August 31st was loosely adapted by Trier and his co-writer Eskil Vogt from Le Feu Follet, a 1931 novel by Pierre Drieu La Rochelle. (Louis Malle’s fine 1963 adaptation, known here as The Fire Within, is available on DVD from Criterion.) Drieu was a French writer of some prominence during the 1920s and ‘30s whose literary reputation has been overshadowed by his public support of fascism and his collaboration with the Nazis. The novel was ostensibly inspired by the suicide of Drieu’s friend Jacques Rigaut, a Surrealist poet, but Drieu himself suffered from depression for many years and in 1945, fearing arrest after the Liberation, he took his own life. 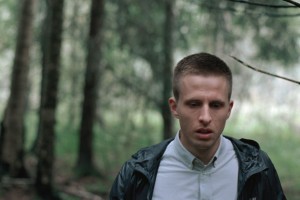 Anders’s struggle with despair is the center of Oslo, August 31st. But I’d argue that the true source of the film’s considerable emotional power doesn’t have to do with suicide, or depression, or drugs, but with age, and time passing. Go back to the opening aggregation of voices, which seem at first to have little direct connection to the main narrative, and mark how those recollections serve to set the tone for what follows. The speakers are all real-life friends of Trier’s (b. 1974), and the memories they call up are specifically memories of one’s twenties as summoned forth by people now well into their thirties, or perhaps their forties—the exact age doesn’t matter so much as the feeling of youth vanishing in the rearview mirror, of possibilities and potentialities closing behind you like shuttered windows.

Time presses heavily on Anders; for him, the past is painful and the present intolerable. His unspoken mission is to find out what the future may hold, by examining others’ happiness or lack of it—thus, his story becomes a prism reflecting the stories of those he encounters. Two of the key scenes in the film are extended dialogues with people once close to him: a friend with whom he shared many wild times, who has made an uneasy peace with domesticity and an academic career, and a former lover, married now, childless, and troubled by intimations of the years ahead. Anders looks, listens, compares the choices they’ve made to the choices he’s made, or failed to make. Probably we all do this, no matter how old or how happy we are—we measure ourselves against our contemporaries. Our lives are the question; theirs represent possible answers. For Anders, though, the answers may literally be a matter of life and death. 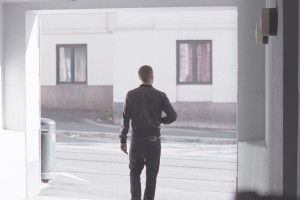 Admirers of Reprise may be justified in considering Oslo a sequel of sorts; it’s easy to imagine Phillip, the tortured young novelist Danielsen Lie played to such fragile perfection in the earlier film, becoming Anders years later. The difference is that where Reprise gave equal time to hope and despair—how many movies better capture both the exuberance and the melancholy of young lives devoted to art?—Oslo, fittingly for a tale filtered through the consciousness of a severely depressed protagonist, stacks everything on despair’s side of the scale. (There are, of course, plenty of people who will tell you that the best part of life begins after thirty. However, Anders isn’t one of them, and this is his movie.) Likewise, the exhilarating, anything-goes stylistic abandon of Reprise is nearly absent here, replaced by longer takes, slower camera movements, and more restrained cutting. But Trier’s is an essentially lyrical sensibility, and his rare talent for crafting cinematic moments that feel like perfectly achieved pop songs remains undimmed. Certain passages in Oslo—the opening sequence; Anders’s visit to a cafe, where he eavesdrops on the conversations of the strangers around him; the climactic return to his family home, rendered in a Steadicam shot lasting several minutes—are condensations of style and story and emotion that linger in your consciousness like rooms you’ve lived in and people you once loved. This film about disappointment and failure is a resoundingly triumphant work of art. 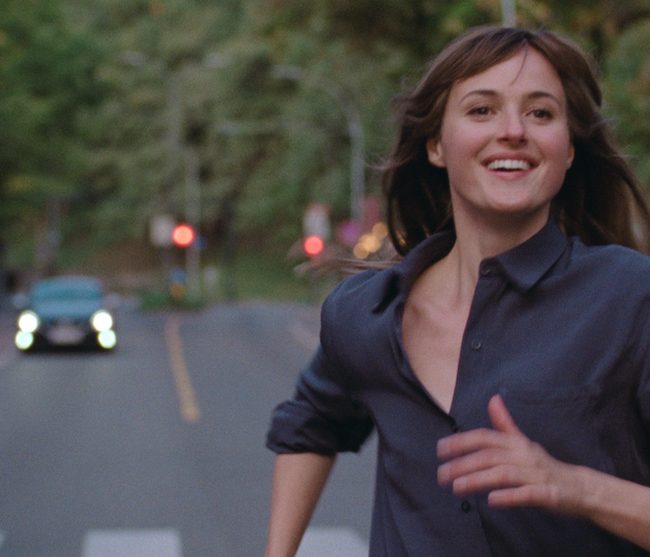