(Northeast is being distributed by Tribeca Film and is available on nationwide VOD starting on December 26, 2011. It’s also screening for free in New York City at the reRun Gastropub on Wednesday, January 11, 2012, at 7pm, where star David Call will be in attendance.)

Will, in his late 20s, is jobless and girlfriend-less. For now, he is not too concerned with getting either. What he lacks in real relationships, he readily makes up for in casual and physical ones. As the film opens, he blows off his friends on their way out for a night on the town to sleep with one of his regular hook-ups. The next morning, he blows her off just as easily to go home and sleep. “I’ll call you,” he offers as he leaves her on a Brooklyn street corner, and from the way she implores, “Please do,” it’s clear he probably won’t. From his standby hook-up to the older woman he picks up for sport at the library, Will is careful not to stop for too long between trysts lest he realize just how empty his life is. For, as his friend—and later, conquest—points out, these are “soulless Friday nights”.

At first glance, it would be easy to think that Gregory Kohn’s feature debut, Northeast, is about womanizing, of which Will does plenty. Or that it’s about New York City, because the grit and cacophony of the city almost seem to drip from the screen. Or that it is just another film about the well-documented, perhaps over-documented, post-collegiate malaise that tends to befall Gen Yers and Xers. Or even that it’s a film about nothing, as the characters almost seem to gravitate into the empty spaces around them and in their lives. To varying degrees, it is about all of these things. But, at its heart, it’s a film about relationships and, more so, the lack thereof. In this way, Kohn has painted one of the most accurate portrayals in recent memory of what “dating” is like in New York City today for the post-collegiate set. 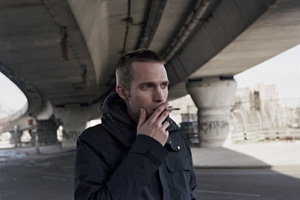 In Northeast, Kohn sets out to examine what’s left once we strip away the sense of belonging and purpose we derive from our jobs and closest relationships. The answer: very little. Will’s is a lonely existence filled with extended stretches of longing peppered with a few fleeting moments of happiness or connection. When his friend asks him why he moved to NYC (presumably from somewhere South of the Mason-Dixon line), Will seems generally unsure and can only guess, “All my friends live here. I dunno?”

As a friend recently pointed out to me, we are living in a “post-dating world”. People don’t date to see if they’re interested in committing to long-term or sexual relationships; they have as many fleeting encounters as possible to test if they might be able to tolerate a real relationship with someone. It might seem like semantics. Or it might even seem like an enlightened, empowered approach to relationships. But if Will’s life is any indication, it’s not.

To be sure, Will is good at life in the post-dating world. He’s equal parts charming and pathetic, and he knows how to manipulate both to get women into bed. There is something intriguing and primal about watching him seduce his targets. The film allows those of us driving four-door sedans to gawk at the sports car that is totaled in the other lane. And, just as in real life, we get some sense of relief after passing the wreck and turning to our loved ones and saying, “I’m glad that’s not me.”

Catherine Goldschmidt captures the harshness of Will’s reality beautifully in a bleak blue-grey world on 16mm film—a medium that serves the story very well. Actor David Call’s performance as Will extracts empathy without pandering for pity. He is surrounded by nimble performers—most notably, Laura Ford and Eleonore Hendricks—whose appearances are brief but who nonetheless come across as living, breathing, three-dimensional women. Will just never sticks around long enough to fully appreciate them.