Stunningly sculpted in high-contrast black-and-white celluloid, Pedro Costa’s Ne Change Rien is one of the few documentaries that can rightfully claim to actually be about music. Not a story about a musician or a band, and not a concert film either, but something different. And in a landscape overloaded with media, to find something that stands out as truly “different” is a rare gift, indeed.

Costa’s subject is French sensation Jeanne Balibar, a singer/actress who has also appeared in Jacques Rivette’s Va Savoir and The Duchess of Langeais, as well as the recent animated feature A Town Called Panic and Olivier Assayas’ magnificent drama Clean. Already, this is more information than Costa gives you throughout the movie. Not until after the last shot of Balibar and her guitarist rehearsing backstage has faded to black does her name cross the screen. There are no interviews with her, no conversations with the band, and thankfully no celebrities or critics explaining who the musicians are or why they are good. Instead, Costa drops us in the audience, or puts us in the corner of a room, and asks us to both watch and listen. Ne Change Rien isn’t about the people making the music—it is about the music, itself. 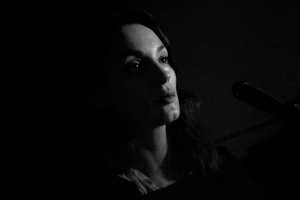 Ne Change Rien documents the physical work that goes into the creation of music. It opens with a live performance of Balibar and her group’s seductive, mellow grooves, before moving to the studio where much of the film will play out. In one of the film’s finest moments, we watch for several minutes as Balibar struggles to find the beat while rehearsing her vocal part over a guitar loop. Nearby, the guitarist doubles melody on his instrument, and when that fails to help he begins slapping his knee and counting out loud. For musicians, this is a commonplace scene, but one that rarely escapes the cutting room floor because of its banality. But therein lie the scene’s brilliance: it is a purely experiential moment—precious, humorous, human—one that asks the viewer to endure the intimate struggle of the musician as they practice, practice, and practice still more. Stylistically, this scene also sets the tenor for the rest of the film. Costa privileges long, uninterrupted takes over the more conventional montage, and the director’s much heralded (and equally challenging) patience is deeply gratifying to those viewers who do not turn away frustrated.

To be fair, this is a challenging movie, which forgoes traditional dramatic arcs and instead finds pleasure in the minutiae of work, and the quiet, trivial moments of sitting around a studio waiting to record. Costa’s distinctive approach not only humanizes the musicians in his film, but also the music itself. Despite the technical details, the film is, in a way, more accessible (and of more interest) to non-musicians because it opens up to them a whole world that usually only musicians are privy to. So, go into Ne Change Rien with not only an open mind, but an open ear. Even if you don’t know who Jeanne Balibar is (I certainly didn’t), the film offers a total musical experience like few others ever have. 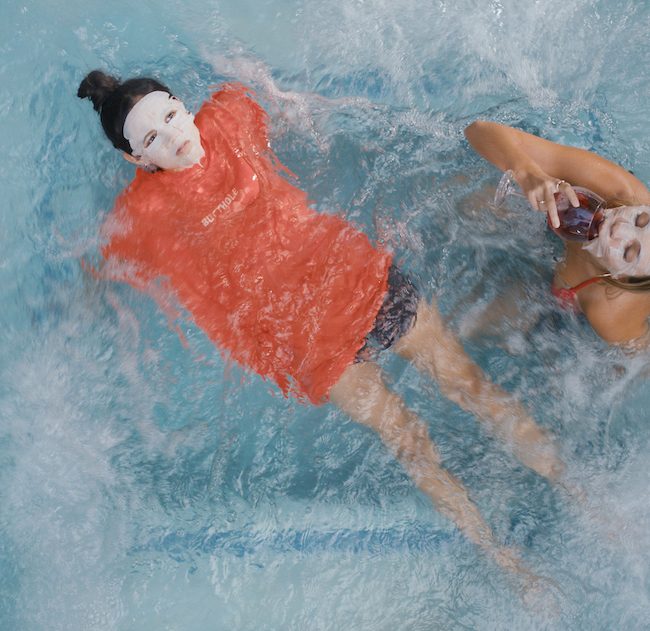