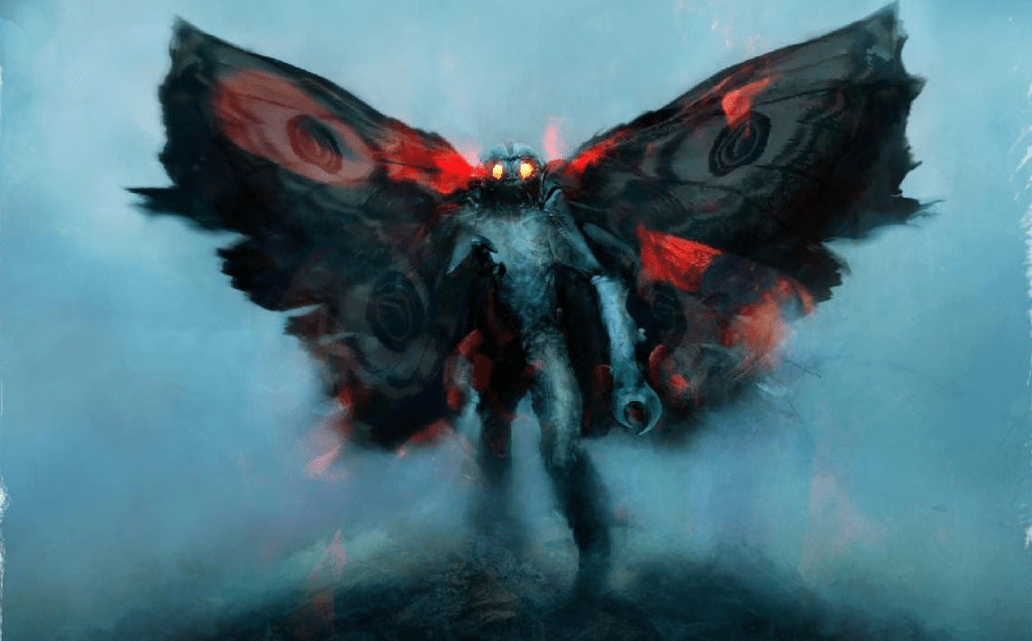 (Filmmaker Seth Breedlove’s latest documentary film, The Mothman Legacy is available now on VOD. Like what you see here on Hammer to Nail? Why not pay just $1.00 per month via Patreon to help keep us going?)

Fans of Cryptozoology will find much to enjoy about Seth Breedlove’s latest documentary film, The Mothman Legacy. This film marks his second dive into the pervasive Mothman myth (Mothmyth? Mythman?). The first was 2017’s The Mothman of Point Pleasant, which focused on the accounts of a group of children on one fateful bus trip. Breedlove returns to the West Virginia town which remains the epicenter of Mothman sightings and mythology, and is also home to the world’s premiere museum on the subject. Breedlove interviews “eyewitnesses”, and the family behind the museum who have their own chilling encounter stories.

There are indeed many similarities between accounts, including height (it’s always said to be at least 6 feet tall), vast wingspan (between 10 and 20 feet), and glowing red eyes. It always leaves by shooting straight up into the air at a high speed. More troubling, every person who reports an encounter, also tells of a personal tragedy occurring weeks, or sometimes just days later. Is the Mothman a harbinger of doom, like the Banshee of Celtic lore? As one of the interviewees wisely states, “An absence of evidence doesn’t necessarily indicate evidence of absence.”

Breedlove presents historical context for the Mothman, including legends of the Celts who immigrated to the area, and even the Indigenous tribes, who considered pretty much the entire state of West Virginia cursed. There is also a segment on a tragic bridge collapse in 1967 that locals  believe is connected to the Mothman, although it’s never clear how.

Of course, a film about a mythical creature isn’t going to have much in the way of live footage, so Breedlove subs in artistic renderings and plenty of eerie shots of the town of Point Pleasant, as well as the dense woods and miles of wilderness that surrounds it. It’s amazing what you can do with a drone on a budget these days.

Breedlove also prudently draws focus away from the debate about the existence of the Mothman, honing in on the meaning behind legends, stories and humanity’s complicated relationship with fear. There is also the unintended benefit of the Mothman Museum’s economic boon to the town, which brings between 8 and 10 thousand tourists to Point Pleasant annually. He also reserves a great deal of time for the screenwriter of the 2002 film, “The Mothman Prophesies.” and his relationship to the source material by Parapsychologist John Keel.

But for those craving a dose of “Unsolved Mysteries” style conjecture, Breedlove presents plenty of theories on where Mothman comes from and what it might want. Fans of conspiracy documentaries like Room 237 will enjoy the tin-foil hat talking heads in this film. At a scant 75-minutes, it’s hard to find a reason not to dig in.