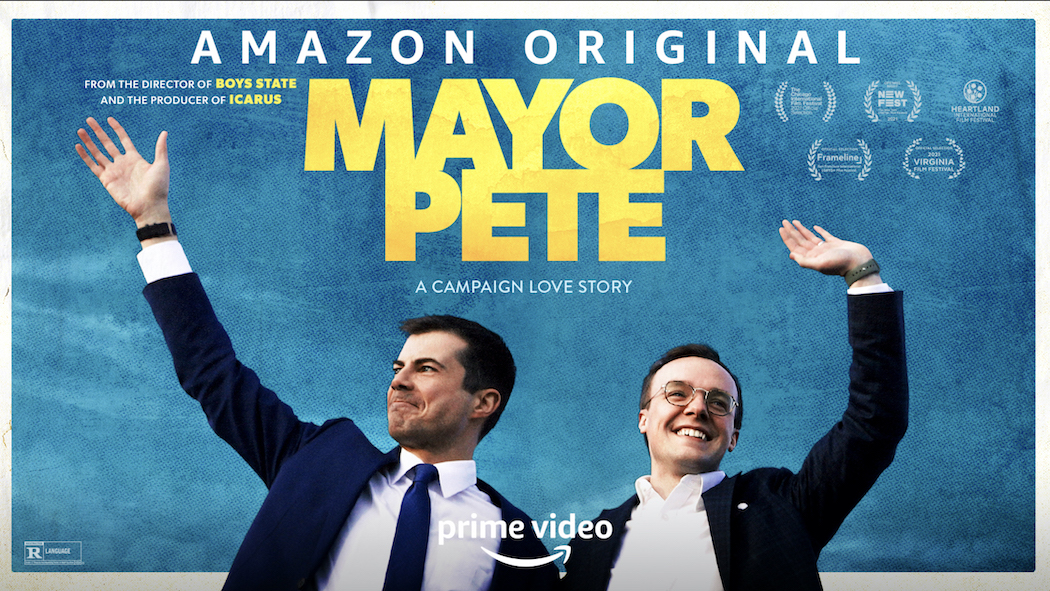 (Mayor Pete, Jesse Moss’ documentary on political upstart Pete Buttigieg, is available now on Amazon Prime. Like what you see here on Hammer to Nail? Why not give just $1.00 per month via Patreon to help keep us going?)

When then South Bend, Indiana, mayor Pete Buttigieg announced his candidacy for the United States presidency in January 2019, he had just turned 37. Many of the people he would run against, including sitting senators and congressional representatives, governors, other mayors, various business folks, and a certain former vice president, wondered why this rather young man thought he deserved a shot. After all, he had no national experience and was the chief executive of a relatively small city. Still, he persevered, eventually taking home the most delegates in the first contest in Iowa (after a delay counting votes).

It was an impressive showing, even if he quickly dropped to second in New Hampshire, third in Nevada, and then fourth in South Carolina, after which he left the race. How did a virtual unknown gain such initial traction, enough to rocket into the leadership of Joe Biden’s Department of Transportation, which he currently runs? That is the fascinating story of Mayor Pete, the new documentary from director Jesse Moss (Boys State). Effortlessly engaging, the film showcases Buttigieg’s sharp mind and powerful charisma, as well as his inspiring personal life. Just like the man, himself, Mayor Pete charms the socks off of anyone who falls under its spell (and everyone will).

We start one year prior to the Iowa Caucuses, as Buttigieg begins his campaign, assembling a team that will both push him to greatness but also understand his values. He aims to bring civility and calm, as well as thoughtfulness, back into the political arena, stepping up as a competent administrator and compassionate human being. A navy veteran, Buttigieg is popular in his hometown, despite its location in a conservative state. Even more surprising, he came out as gay towards the end of his first term, subsequently winning re-election by a wide margin. Clean-cut, honest, and soft-spoken (though firm in his resolve), the Harvard-educated Buttigieg, a former Rhodes Scholar, is almost always able to clearly articulate complicated issues in ways understandable to all. No wonder he is loved.

In the film, we meet the primary players in his campaign, one of whom is also his spouse, Chasten, whom he married in 2018. Sweet together, they also challenge each other to be the best they can be. More importantly, they are dog people. End of story. What’s not to like? But wait, that’s not all! They also show a capacity for humility and growth, qualities missing in the former occupant of the White House against whom Buttigieg and the others hope to run.

But back to the question of why. Whence the hubris of thinking that he should jump into a field of more seasoned competitors. Well, he has an answer for that, and it is that it is not in Washington, DC, alone, that the crucible of experience lies. As a mayor of a city in America’s heartland, perhaps he has a thing or two to contribute to the national conversation. Plus, good mayors need to be nimble and efficient in their responses to constituents, who expect pretty immediate results. Presidents could learn a thing or two from them.

Buttigieg’s skills and empathy are put to the test when a white police officer in South Bend fatally shoots an African American man. Many are not happy with how he handles himself, but at least he admits to his failings, which is an indicator of self-awareness that promises well for whatever he may later do. Still, it is ultimately his poor showing among the Black electorate that undoes his run, Biden cleaning up in the southern states, pulling irrevocably ahead, and here we are today. If you want to learn part of the story of our most recent history and meet a fascinating protagonist with a bright future still ahead of him, watch on. Moss does him not only justice, but honor.