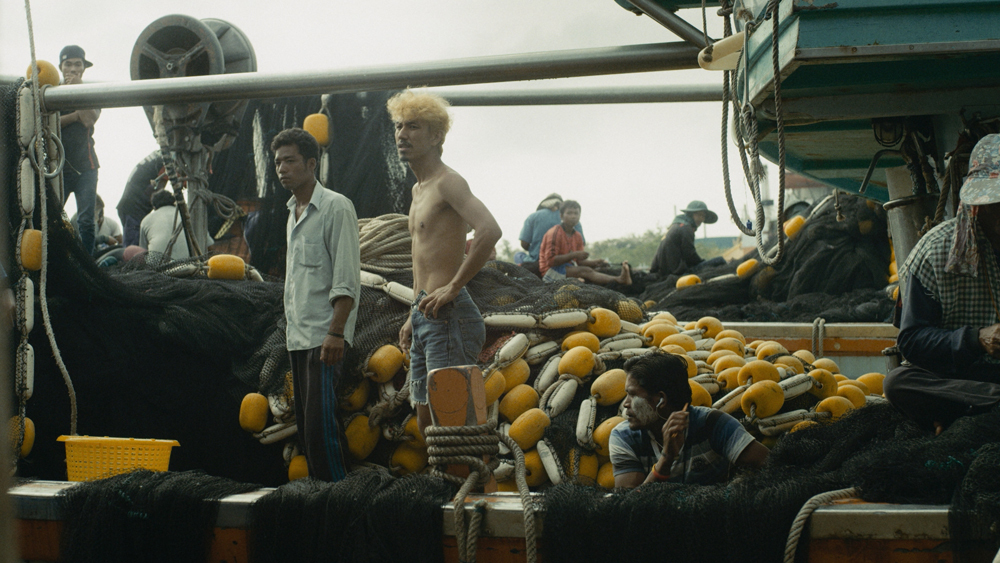 When a lonely fisherman (who moonlights for a local gang leader) comes across a severely wounded man in the woods, he gathers him onto his motorcycle and brings him home. We know virtually nothing about either character, but quickly become engrossed in their interactions as the fisherman, though painstaking effort, nurses his charge back to health. We never learn why a hospital is not an option, though perhaps given the nature of the activities in which our primary protagonist engages for the gang, officialdom is best left alone; it could also be too expensive. Such details are secondary to the main story, however, as the two men develop a close bond, the rescuer even naming his patient, who is mute (or foreign).

Thai director Phuttiphong Aroonpheng, making his feature debut, packs a mysterious bromance inside this enigmatic wrapper, the entire package surrounded by the undulating wings of a manta ray (seen in possible fantasy sequences), real and metaphysical truths intertwining in a delirious, slow burn of a thriller. When the fisherman disappears one day, Thongchai (so named, after a local celebrity) picks up his life for him, including reuniting with the estranged wife who returns once her extramarital dalliance falls apart. What will happen if the fisherman returns? Always gripping in its dramatic intensity, no matter its gentle pace, Manta Ray never quite resolves, in concrete terms, its central questions, but the cinematic joy is in the accumulation of metaphysical clues for future deciphering.

Anchoring this ethereal narrative are the two central performances from Wanlop Rungkumjad (the fisherman) and Aphisit Hama (Thongchai). Both tender and tough, Rungkumjad is perfect in the role, his sensitive face in sharp contrast to his resourceful resilience. Hama, even more doe-eyed, seems excessively placid, at first – the gunshot in his chest explaining his lack energy – but reveals hidden depths to Thongchai as the plot progresses, never speaking but always communicating. Nawarophaat Rungphiboonsophit’s cinematography beautifully captures the sometimes puzzling images, especially the recurring motif of Christmas lights, strung both at home and in the woods. I am still unsure of what it all means, but I remain deeply intrigued.