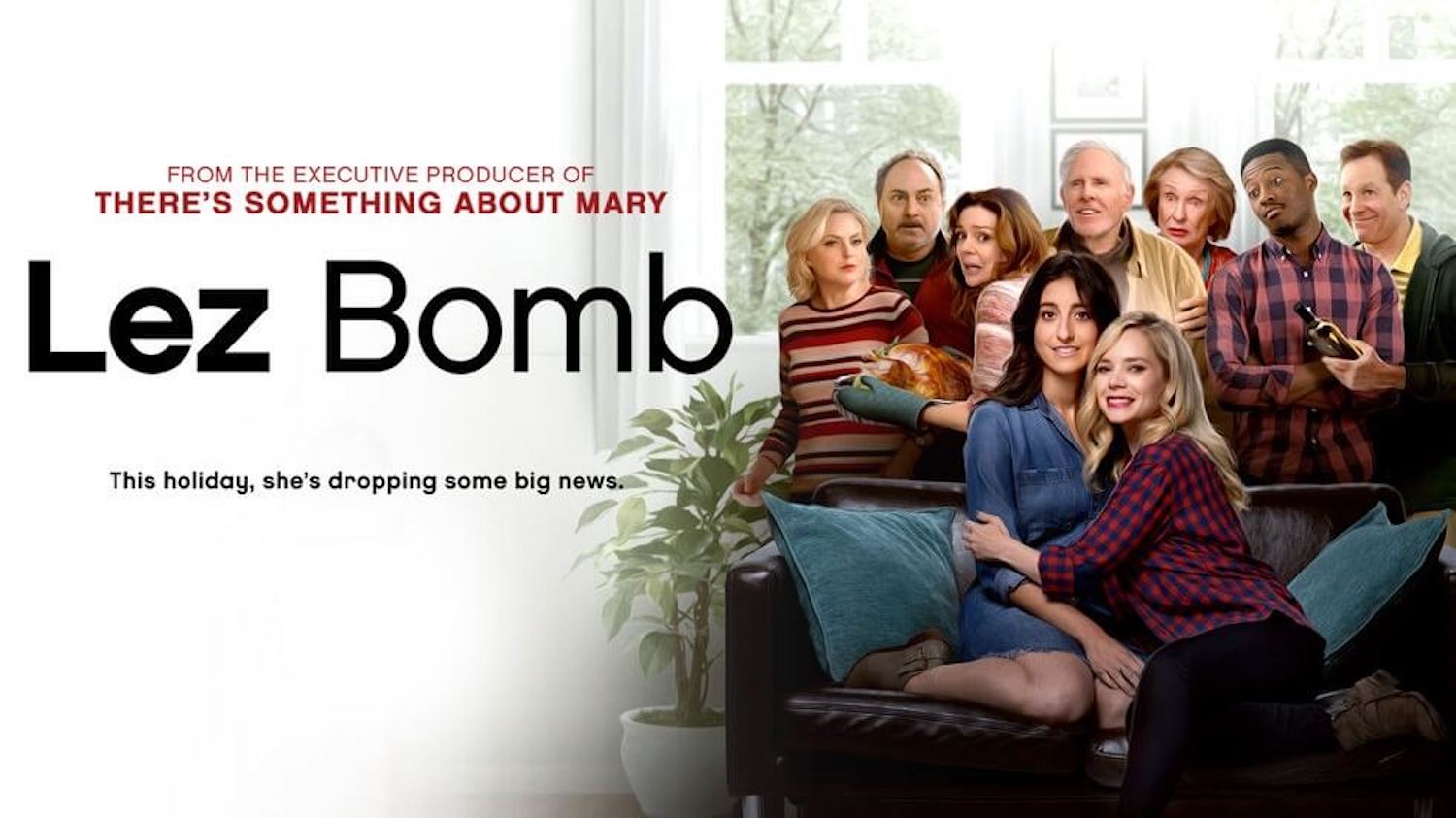 It already seems so long ago – good times, no? – that the United States Supreme Court, in 2015, legalized gay marriage across the land. Just over three years later, we inhabit a nation where it’s conceivable that such a right could be rolled back. Don’t believe me? Just see what the current president and his enablers are planning for the transgender among us, as they hope to wipe them out of legal existence. Still, before that doomsday scenario (among others) comes true, at least we have Lez Bomb, a mostly delightful romantic comedy in which coming out is played for witty laughs. Add a Thanksgiving setting, and it’s also an enjoyably quirky tableau of a dysfunctional family at its lunatic best.

Writer/director/star Jenna Laurenzo (Half Brother) plays Lauren, a twentysomething living in Jersey City, New Jersey, who is very much in love with her girlfriend, Hailey (Caitlin Mehner, Tomorrow Ever After). As the movie begins, we see the two of them enjoy a sweet, romantic dinner at home, discussing the impending holiday, which Hailey plans to spend at Lauren’s parents for the first time. The hitch? Lauren is still in the closet, at least to mom and dad. To make matters more complicated, Lauren’s long-time roommate, Austin (Brandon Micheal Hall, Monster Party), who may or may not have feelings for her beyond friendship, just happens to be a family favorite. When he shows up for the big day, as well, the natural assumption of all present is that he may be the big secret relationship at which Lauren has been hinting. The stage is set for a series of comic misunderstandings with a side of crazy.

The excellent ensemble cast, including a number of seasoned pros, features Cloris Leachman (This Is Happening) and Bruce Dern (Nebraska) as the grandparents, Deirdre O’Connell (The Boy Downstairs) and Kevin Pollak (Moishe Maisel on Amazon’s The Marvelous Mrs. Maisel) as the parents, and Steve Guttenberg – remember him? – as the ne’er-do-well uncle. As Lauren struggles to make her voice heard, something hard enough to do in a group constantly consumed by their own problems, things go from barely stable to out of control. Meanwhile, Hailey watches in disbelief as the girlfriend she thought she knew somehow can’t muster enough courage to stand by her woman. Heartbreak, here we come.

There are times when the affair becomes too manic for its own good, though I admire Laurenzo’s refusal to wallow in maudlin sentiment. Perhaps the greatest indicator that we, as a society, have truly normalized same-sex relationships, no matter the pushback from conservative quarters, is that Lauren’s and Hailey’s lesbianism is the least remarkable aspect of the story; indeed, they are the most normal characters on screen. As a debut feature, then, despite its occasionally overzealous frenetic pace, Lez Bomb earns major points for its matter-of-fact approach to a subject that should no longer be an issue in today’s world. Pass the gravy, please, and try not to spill.