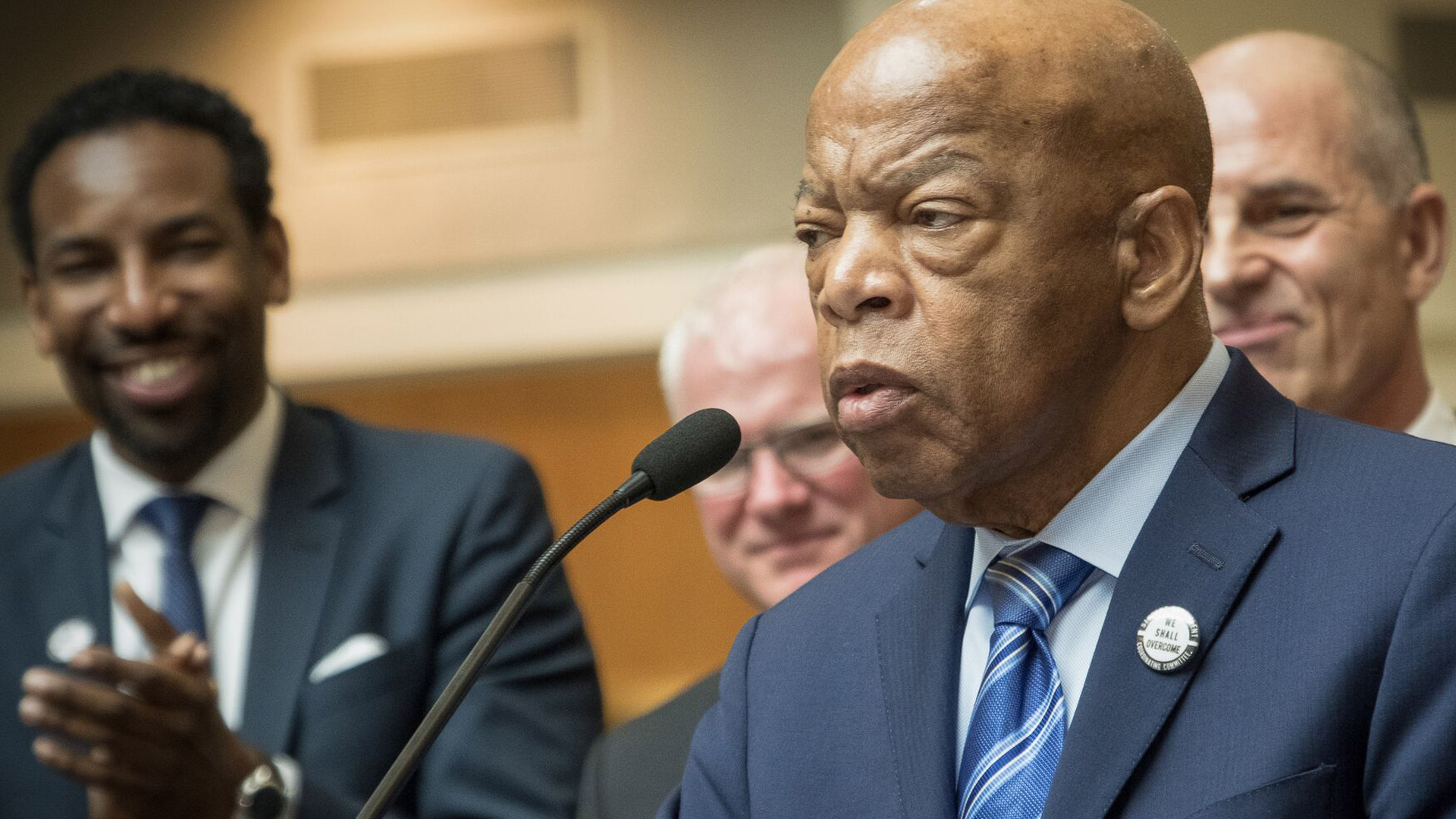 Dawn Porter’s latest documentary John Lewis: Good Trouble is available on all digital platforms beginning Friday, July 3 via Magnolia Pictures. Like what you see here on Hammer to Nail? Why not give just $1.00 per month via Patreon to help keep us going?)

Georgia congressman John Lewis, born in 1940, came of age while the United States still suffered form the agonies of legalized segregation, cutting his activist teeth in the epic civil rights movement of the 1950s and 1960s, led by the Reverend Martin Luther King Jr. On Sunday, March 7, 1965, he, along with a large group of nonviolent protestors, with King at the front, attempted to walk across the Edmund Pettus Bridge in Selma, Alabama, as part of a march to the state capital of Montgomery in favor of equal voting rights for citizens of color. When the police attacked the marchers, he incurred a serious concussion. That’s just one of the many sacrifices this man has made for the cause of freedom for all. In filmmaker Dawn Porter’s inspiring new documentary John Lewis: Good Trouble, we learn about the plethora of ways Lewis has helped this country become a better version of itself. He is well worth the tribute, and the film is well worth watching. Good trouble is the kind we should all want.

Porter (Trapped) wastes no time reminding us of the merits of her subject, opening with a bang-up montage showcasing Lewis’ over 60 years in the trenches. From there, she engages the viewer with an especially innovative touch, placing Lewis on a stage surrounded by screens on which his own history plays out in front of him. Who remembers all of one’s life in vivid detail? Very few people, we can imagine. And so the viewer is able to watch Lewis reacquaint himself with moments big and small from his own narrative, after which he and the many other folks interviewed for the film are able to comment. It’s a wonderful technique, making the past re-enter the present afresh.

Joining Lewis in front of the camera are talking-head interviewees such as Cory Booker, Hillary Clinton, James Clyburn, the late Elijah Cummings, Henry Louis Gates Jr., Alexandria Ocasio-Cortez, Nancy Pelosi and … <gasp> … even a Republican, Jim Sensenbrenner, who has worked side by side with Lewis to try to shore up voting rights that are now being eroded 55 years after the events in Selma (yes, bipartisanship can still exist, even today). All testify to Lewis’ hard work and commitment to justice over his career. Along the way, we also learn a good deal about the enduring legacy of slavery, endemic racism and the efforts to fight it in the second half of the 20th century. John Lewis: Good Trouble is the perfect primer on where we’ve come from and how to avoid going back there.

It hasn’t all been one joyous voyage forward into the future since those early days, however, and Porter includes footage of some bumps along the road, including a falling out with the late Julian Bond, a dear friend and colleague (and eventual head of the NAACP) against whom Lewis ran for the seat he now holds. Their close relationship was tested, and though they eventually reconciled, the inclusion of their story is a helpful reminder that there can be disagreements within groups of people who are ostensibly fighting to achieve the same goal. This dramatic complexity is, beyond Lewis, himself, one of the strongest reasons to see the movie. We are all individuals with our own hopes and dreams, no matter the collective dream we may share. John Lewis: Good Trouble is therefore not only a profile in courage, but in humanity.