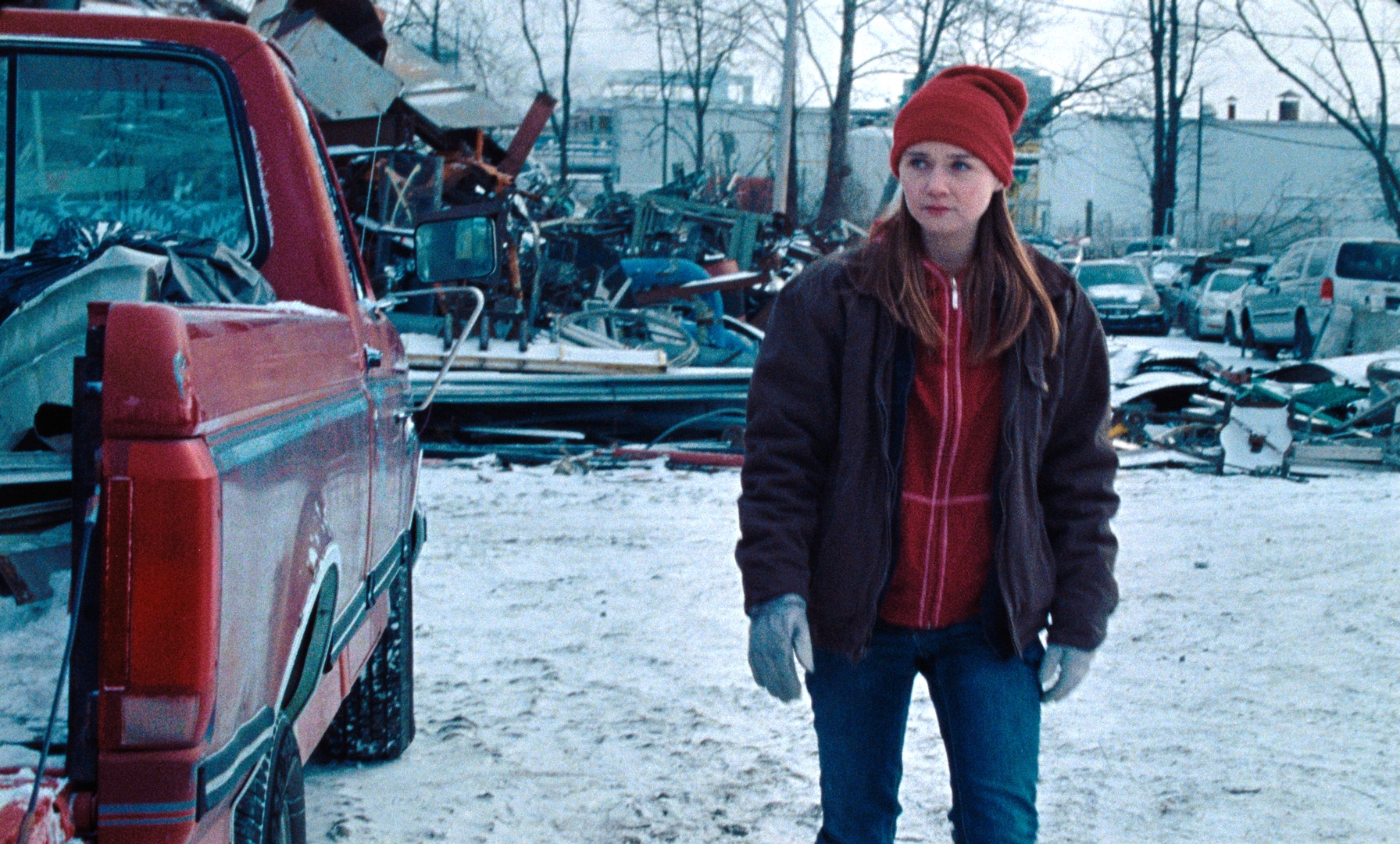 Ruth is a smart kid in a bleak situation: her mom, addicted to painkillers, is in jail, and her well-meaning older brother, Blaze, can’t quite make up the difference to keep them afloat and in their home. Though in high school, Ruth barely attends classes, preferring to earn what money she can helping Blaze gather scrap metal for sale to local entrepreneur (in a manner of speaking) Hark, even if the resultant cash is not enough. She also earns some dough tutoring classmates, since she’s actually good at schoolwork, but if something doesn’t change, she’s bound for anything but glory. Such is the setup for writer/director Nicole Riegel’s debut feature, Holler, adapted from an earlier eponymous short film, in which the dramatic stakes loom large for our protagonist. Blaze hopes to send her off to college; she’s not sure she sees the point.

Class in the United States is often downplayed, the imperatives of the great myth of the American Dream demanding that we minimize the strictures imposed by the vagaries of one’s birth. We struggle with race and gender, as well, and they can certainly trump class as barriers, but at least we occasionally discuss them more openly than we do one’s socio-economic status. Yet though we perhaps lack a national filmmaker of the working poor at the level of the United Kingdom’s Ken Loach (Sorry We Missed You), in terms of body of work about the subject, that doesn’t mean that no one tries. Here, Riegel examines the strains of life in post-recession Ohio, from which she, herself, hails (the movie is semi-autobiographical), presenting us with a strong heroine who scrapes her way to a better future.

As Ruth, British actress Jessica Barden (Scarborough) vibrantly conveys the young woman’s restlessness and frustration, along with a cynicism developed from hard experience. Gus Halper (Goat), as Blaze, is both more assured and more gentle, ultimately more content with his lot in life than Ruth will ever be. Austin Amelio (Mercy Black), as Hark, looks like a strung-out junkie, at first, yet proves more complicated than that, if also more problematic. The three of them represent different approaches to their working-class dilemma: Ruth’s rage, Blaze’s acquiescence, and Hark’s adaptation. Meanwhile, the local factory, employer of those who do honest work for a living, threatens to close. There is no prize for playing by the rules.

Shot in the winter in real locations, on Super 16mm film, Holler feels and looks properly gritty, its characters seemingly organic to the story. A handheld camera helps with the tense moments, but the cinematography is always spot on, immersing the viewer deeply into the desperation of those who have not. Though the titular cry may be more metaphorical than actual, that raw shout of simmering discontent helps explain a lot of the reasons America now stands at a crossroads (the background TV images of Trump further drive this point home). And so we watch with bated breath, hoping Ruth can escape. Perhaps there might be some hope, then, though in actuality the prodigal sons and daughters of all our communities need to thereafter return to fix what was broken. That can be for the sequel. For now, we have this intense, vital movie to savor in our present.