(Hamilton is now available as part of a 2-Disc Special Edition DVD package with Putty Hill thanks to Cinema Guild. Visit the film’s official website for upcoming release information.)

Adulthood ruins summer. At least it did for me. The spoiled, dreamy summer of my childhood, when I was free to do whatever I wanted: wake up early, wake up late, ride bikes over dirt jumps, slosh through the creek in the woods, play basketball, play video games, have my first crush on the girl down the street. But reality has smothered that fantasy. Now, summer taunts me. I still must suffer through the humidity and heat of the season, yet I have places to be, things to do, bills to pay. The memory of my carefree childhood only adds to this frustration. Of course, my upbringing wasn’t like everyone else’s, but having been born and raised in the same mid-Atlantic state where Hamilton was shot—Maryland—watching Matthew Porterfield’s film was like being transported back into my own hazy, youthful past.

At only 63 minutes, Hamilton feels slight in a narrative sense, but that’s more than okay once you realize that a traditional narrative is the furthest thing from Porterfield’s mind. This is established in the opening credit sequence, in which a teenager on a bicycle sweeps in and out of the frame in a hypnotizing groove. One can sense, in these early moments, that the Baltimore born-and-bred Porterfield is drawing from a more foreign and experimental background than even independent cinema (if forced to come up with an American comparison, I would say Hamilton is more Old Joy than George Washington, at least in a formal sense). Unlike many directors who use atmosphere and setting as tools to enhance their more traditional three-act structures, Porterfield’s primary aim is to capture that lazy summer feeling, in which minutes and hours pass as if through a gauze, where afternoons feel like forever. 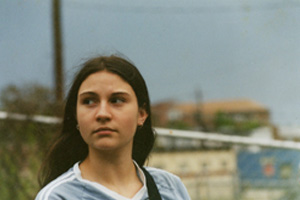 Hamilton takes place over the course of two days in that aforementioned neighborhood of Baltimore and consists of loosely assembled scenes that don’t add up to anything resembling a climax. Yet this somehow only enhances the film’s air of nostalgia. I certainly don’t remember every second of my childhood, and for some strange reason, the most seemingly forgettable moments are the ones that stick with me: walking through the woods, mowing the lawn, riding in a car in silence with my mom listening to music she so clearly despised (only in my days it was mid-‘80s hip-hop, not Bmore club). By abandoning all semblances of a “story” and instead focusing on these brief moments—bouncing on a trampoline, swimming in an aboveground pool, playing in a creek, looking through old photographs—Porterfield somehow manages to bring summer to even fuller life.

Jeremy Saulnier, an accomplished director in his own right (Murder Party), realizes Porterfield’s vision with exceptional work behind the camera. Saulnier’s cinematography is most directly responsible for the film’s hypnotic tone. While he shoots through a static frame most of the time, he also incorporates some truly creative panning, which reaches its apex in a breathtaking mid-film one-take in which we follow a character as he wanders through the woods and emerges onto a nearby road. An earlier, rhythmic back-and-forth as that same character mows the lawn is another standout.

Porterfield has stated that he initially envisioned Hamilton as a silent film in which there would be no dialogue at all. I have to say, I wish he had stuck to his guns. While his debt to Bresson is apparent in both the cinematography and, perhaps more directly, in the mannered performances of his amateur cast, the fact remains that when one is reading subtitles a stilted nonprofessional performance is easier to forgive. Here, many of the verbal exchanges distracted me from the otherwise naturalistic mood that Porterfield and Saulnier worked so hard to create. A perfect example of this is the scene in which the son and his mother drive in silence. This silent exchange rings truer than a prior telephone call in which they expressed their frustration through language.

Even taking that criticism into account, Hamilton remains a minor gem of a film, marking the arrival of a welcome new voice in Matthew Porterfield. Visions like this need to be supported, for they are the ones that most often, unfairly, slip through the cracks. 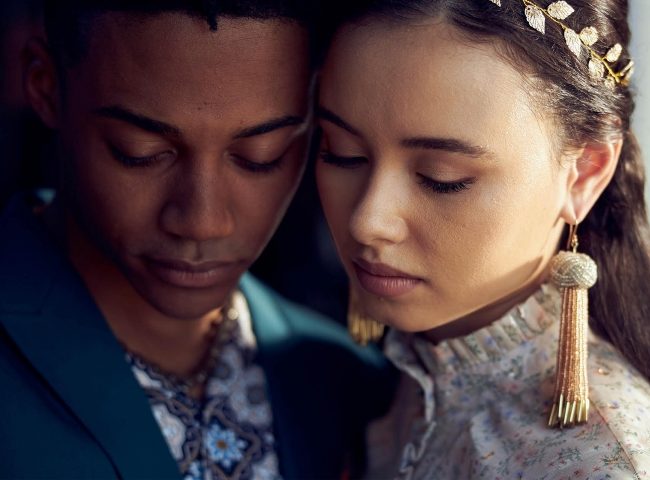