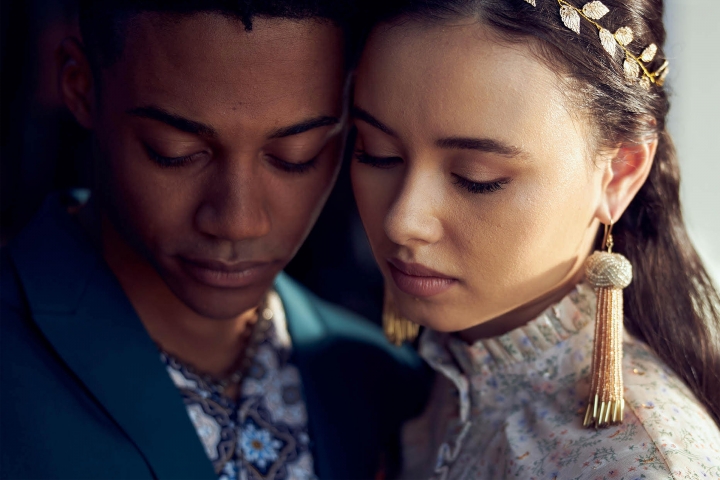 While the oldest story at this year’s Sundance festival, R#J manages to also be the freshest take on an adaptation at Sundance this year. Director Carey Williams in his feature debut applies Generation Z social media tactics to Romeo and Juliet by William Shakespeare. With social media and cell phone coverage, the story interweaves modern dialect with Early Modern English (1500-1750) in one of the most exciting takes on The Bard.

While this film won’t be for everyone, Williams’s voice is exciting to me and to see a new generation fall in love with Shakespeare and provide an accessible way into his texts (no pun intended) is always a great adventure. From the Day of the Dead costume party to fall in love via text, the film brings us on a familiar yet new path.

Of course, as anyone who knows the story knows, this is not a love story but a fatal tragedy. In a bold move, Williams subverts the classic ending with a new twist that handles current day cyberbullying and doom scrolling. Siddiq Saunderson stands out in the film as the modern-day Mercutio, a favorite character in most iterations. Camaron Engels as Romeo fluidly pairs with Francesca Noel as Juliet. R.J. Cyler II plays Benvolio in a brilliant but small role.

“My friends don’t even know who Shakespeare is,” Engels said during the Q&A. “As a young Black man, I see this film going to kids and being able to see themselves in this story.”

While not quite Hamilton, the film does have enough charm and unique ability to draw in a youthful crowd to love Shakespeare as much as I do. A film for the times yet charmingly timeless, R#J is a brave new frontier of the classic.