through Virgil Films and Entertainment. It world premiered in the U.S. Dramatic Competition at the 2011 Sundance Film Festival—which is when the original version of this review was first published—and was picked up for distribution by Motion Film Group. It opened theatrically in New York City on Friday, August 5, 2011, and Los Angeles on Friday, August 12th. Visit the film’s Facebook page and official website to learn more. NOTE: This review was also posted on August 4, 2011, as a “Hammer to Nail Pick of the Week” at the Filmmaker Magazine blog.)

A late work by the Cuban director Tomas Gutierrez Alea called Strawberry And Chocolate is one of the few films I’ve ever seen to confront the strange relationship of macho straight Latinos and openly gay Latino men. So I was very curious to see how it would be handled in this Sundance Lab debut feature by Rashaad Ernesto Green. Despite the predictable by-the-numbers plotting, Gun Hill Road ultimately is a real joy.

The set-up gets right to the core issue: A macho father, Enrique (Esai Morales) is released from prison, where in the opening scene it is implied that he was a bigger man’s “bitch.” He returns home to the Bronx where he slowly comes to discover that his wife, Angela (Judy Reyes), has a boyfriend and his only son, Michael (Harmony Santana), has a dresser full of panties and bras and no longer likes sports. What a great collection of conflicts, and the basic plot structure handles the dual character perspectives quite well. Gun Hill Road is both a coming-of-age story for the young transgender high school boy, and for the simple man father who was raised in another era.

The script suffers from what I call ‘Lab-itis,’ namely turning points that are overwritten and character dilemmas that are so overstated that their resolution becomes way too predictable and rote. But I was able to not be bothered by the predictable script; not just because plot is generally for me the least interesting aspect of the cinema experience, but because Gun Hill Road has so many other charms.

The Bronx is rarely a borough that we see represented well on screen and here in the hands of very good director, the location came alive. It’s funny how this aspect of filmmaking often isn’t appreciated. There are films here at the festival that are about a specific place and yet they fail to dramatize the space in a way that brings it to life. We don’t get a sense of a place by just panning across a wide high-angle panorama; the camera has to get up into its nooks and crannies. The director needs to stage drama in such a way that the location comes forward. It’s about integrating the location into your framing and your blocking and staging. In Gun Hill Road, I had a great sense of the apartment, the hallways, the streets, bodegas and the back alleys. The locations that were selected really conveyed the unique qualities of the Bronx and it was a joy to behold. I was also floored by the spot-on acting by everyone in the cast. Even the smallest roles were real and the performances focused and specific.

The soundtrack was a perfect blend of the types of music you hear in the Bronx. As much as I would have loved to hear wall-to-wall Willie Colon, Hector Lavoe ‘70s-era salsa, that’s just not what is blasting out of the cars and open windows these days. The soundtrack blends all types of Reggaetone, Rap, Salsa, and Merengue.

I was drawn in by the powerful stories of these two characters. The pain of the Michael, when his father cuts off his long hair and tries to turn him into a real man, was especially gripping. I also loved the film as a man-out-of-time/just-released-from-prison story. Enrique’s awkward situation upon release was pitch-perfectly rendered by both the writing and the acting (most notably by newcomer Santana and veteran Morales).

Film has the power to lure you inside of a world other than your own. It’s not plot or narrative that draws you in, it’s the director’s command over the plastic elements of direction, the pitch of the performances, the placement of the camera, the staging of actors, the editing, and the choice of locations. Gun Hill Road, despite its predictable plotting, completely captivated me. If there were an award for best first time director at the Sundance Film Festival, I would vote for Green. I can’t wait to see what he does next. 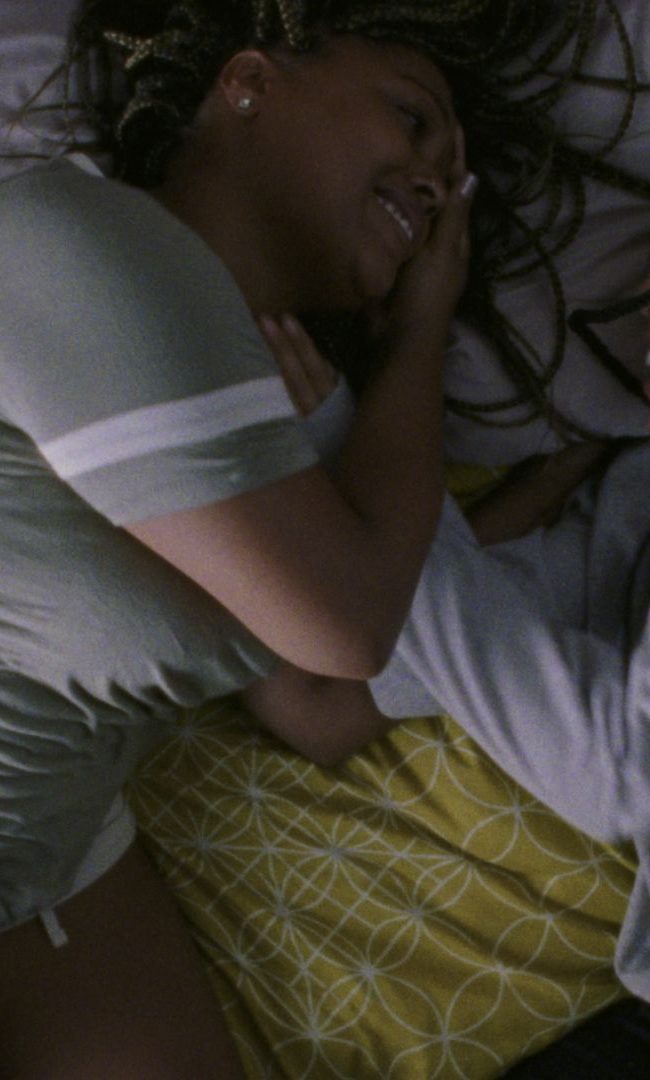