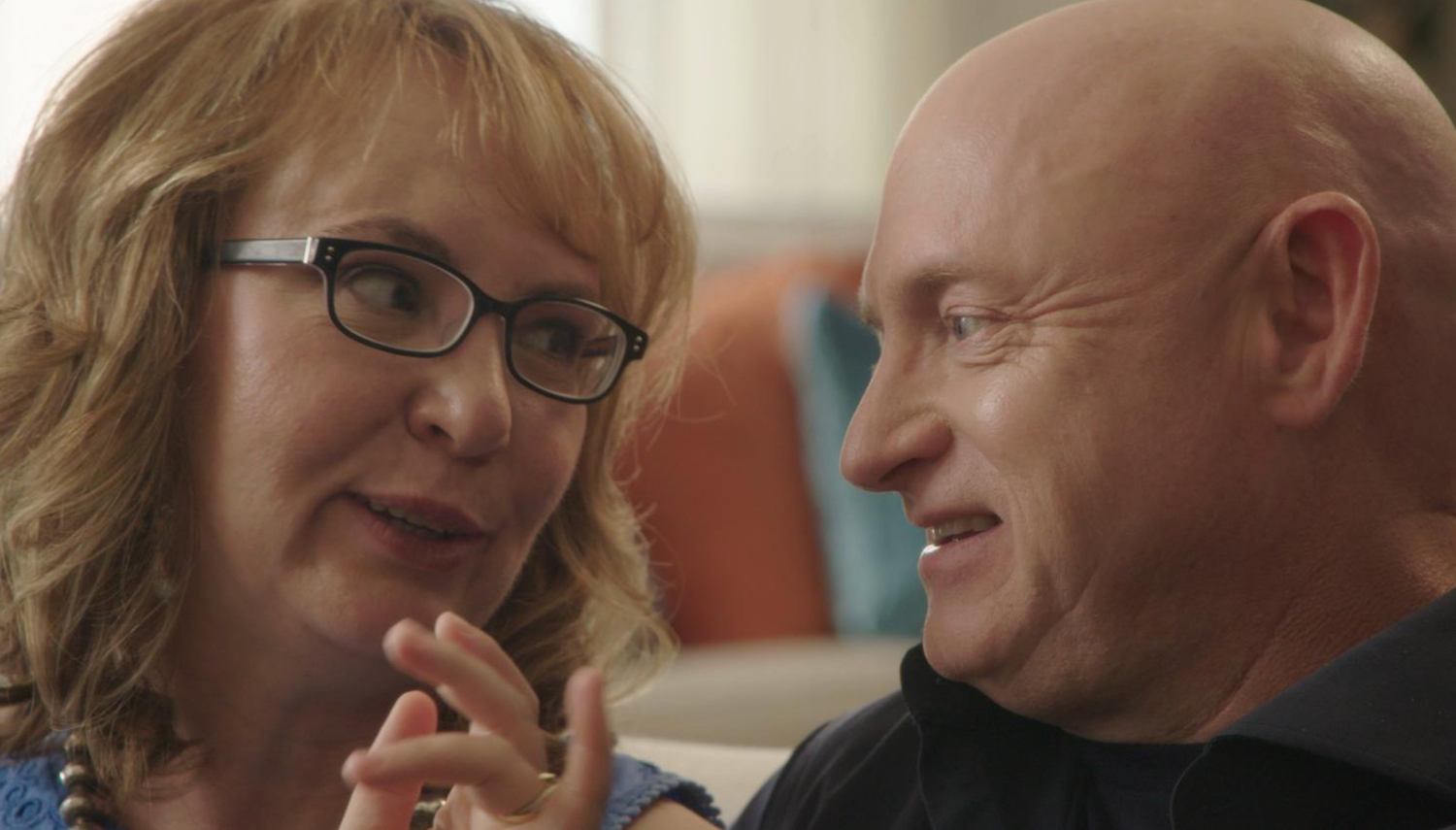 (The 2022 SXSW Film Festival ran March 11-20 in glorious Austin, Texas. Check out Chris Reed’s movie review of Gabby Giffords Won’t Back Down. Join the conversation with HtN on our Letterboxd Page.)

Guess what? People may, indeed, kill people, but guns kill people, too (thank you, National Rifle Association, for the stupid slogan that inspired this sentence). Just ask anyone who’s been shot. Oh, wait, many of them don’t survive.

Among those who have is former Arizona Congresswoman Gabby Giffords, subject of the latest documentary, Gabby Giffords Won’t Back Down, from the incredibly prolific duo Julie Cohen and Betsy West (Julia). Featuring extensive footage of Giffords and her loved ones—much of it filmed by her husband, former astronaut and current Arizona Senator Mark Kelly—plus interviews with the likes of former U.S. President Barack Obama, Connecticut Senator Chris Murphy, Giffords’ doctor and therapists, and others, the film showcases a resilient woman who will not, indeed, back down. She’s here to stay, and she’s pushing for reform.

Some of this is hard to watch. Whenever we cut from videos of Giffords in her younger years as a vibrant go-getter to images of her in the hospital, learning to speak again and overcome aphasia, it’s a painful reminder of all that was lost on January 8, 2011, at a Safeway in Tucson. That morning, Giffords and staff were setting up for one of a series of “Congress on Your Corner” events when a disturbed young man (not to be named here, though he is in the movie) showed up with a semiautomatic and opened fire, hitting 18 people and killing 6, among them a federal judge and a 9-year-old girl. Both a person and a gun, or a person with a gun, did that.

I had no sense that this was the first mass shooting of Obama’s tenure, since so many were still to come. After each one, there is great talk of legislative efforts, followed by Democratic proposals and Republican obstruction. Seemingly owned by the National Rifle Association (NRA), these right-wing lawmakers respond to every single attack in the same way: the best solution to a bad guy with a gun is a good guy with a gun (that gem is courtesy of NRA CEO Wayne LaPierre). So, we have a gun problem, what do we do? Throw more guns into the mix! That always works…

Meanwhile, Giffords slowly improves, thanks to some good medical care and the love of Kelly. Once up and about, and with the ability to express herself returned (to a degree), she founds her own organization to counter the NRA’s might. Interestingly, as we see here, that same group was brought up in the campaign debates between Kelly and his Republican opponent Martha McSally, who called it a “radical left organization.” To which his response was, “You mean the one founded by my wife, who was shot, to counter gun violence.” And we see who won that race. Plus, the Gifford-Kelly clan owns guns and uses them. Hardly that radical.

So perhaps there is some hope for the future, despite the great American carnage that refuses to move the NRA or the GOP one step closer to change. Certainly, seeing the strength of someone like Giffords in the face of overwhelming odds (the bullet smashed through her skull and entered the brain!) should inspire us all. If that’s not a compelling reason to catch the flick, I don’t know what is.