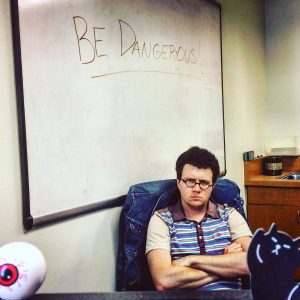 I’m going to break from my usual format for this article. I’ve noticed a trend among hip cineastes to shit-talk about end-of-year lists. A lot of critics feel the need to foreground these articles with disclaimers like “attempting to list the best movies is a futile effort (blah blah blah, etc. etc.).” Such pensive hemming and hawing is almost a requirement for the genre, but I’m happy to break from the ranks here. I love lists of all sorts. Yes, they’re almost necessarily going to involve some arbitrary decisions, but that’s also part of the fun. The choice of what to include, exclude, justify, excuse, apologize, etc. is all part of what makes these lists enjoyable to read. You get to look inside someone’s anxiety-ridden mind and see how they decided to categorize a year’s worth of movie watching…and then you get to judge them for it! Lists are great, so I’m making a list.

Since this is the Digital Gods column, though, I’ve got to do things slightly differently. I won’t do a top 10 list (but if I did, it would include The Strangers: Prey at Night and Unfriended: Dark Web and would absolutely not include the massively overrated Eighth Grade or the objectively terrible A Quiet Place). Instead, I’m doing a list of “bests” that reflect some of the interests specific to this column. Also specific to this column, this list will hopefully offer you some new discoveries.

One little disclaimer: I didn’t include movies I already wrote about this year, but Zack Oberzan’s The Great Pretender and O.B. De Alessi’s Kuo’s Eyes are still just as great as they were when I wrote about them.

I was introduced to Salamo by HtN’s Don Lewis who thought I’d like his movie Fucking Freak. Don was right; I did like it. Salamo and I have kept in occasional touch since then, and he sent me a link to this new piece earlier this year. Kiln consists entirely of footage that the filmmaker shot when he was in high school. It’s basically just a bunch of shithead teenagers doing shithead teenage stuff, but the way that this footage has been edited really elevates it to something more impressive. Salamo’s editing style is probably his most distinct trait as a filmmaker. It’s quick, rhythmic, obsessive, and repetitive in a borderline ritualistic way. He focuses on little actions or phrases and emphasizes them to draw out the underlying anxieties being expressed in the raw footage. Given the shithead teenage subjects, these anxieties involve getting fucked up, duping girls into sex, casual racism, living forever, and a lot of serious acne. I loved it. 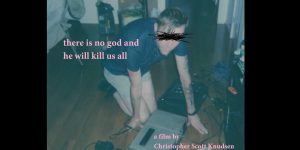 Full disclosure: I’m credited as a producer on this movie and have been working on getting it screened. Chris Knudsen was one of my best friends and he left me this 99% finished movie when he died last year along with instructions on how he wanted it finished. The movie is Experimental with a capital “E.” Hand-painted on celluloid (in a style reminiscent of someone like Stan Brakhage), there is no god and he will kill us all uses vintage 16mm stag films as its raw material. I don’t know where Chris found all this dusty old porn, but he made absolutely brilliant use of it. My role in finishing the film primarily consisted of getting it digitized and adding a soundtrack of noise music that Chris also composed. The end result is an overstimulating audio-visual attack and a testament to talents of an artist who never achieved recognition while he was alive. It is an incredibly beautiful and conceptually coherent film that demonstrates an unlikely structural order beneath all the superficial chaos. In 100 years, books on the history of experimental cinema will include entries on this movie.

Not currently available online. For updates on its availability or to book a screening, please contact [email protected].

I could have also given this one “Best Editing”…but that would have been less salacious and resulted in fewer of you sick little perverts clicking the link beneath this paragraph. I’ll talk about the editing, though, because it’s one of the things I most appreciate about Ryan’s webseries, This is a Love Story. This is one of those long-gestating projects that the filmmaker likely thought would never be finished. It was written and shot years ago as a feature, but never quite came together in a way that felt right. Rather than settling for a mediocre indie drama, Ryan threw his intentions out and completely restructured the material into a fragmented, poetic series of short episodes. The end result leaves much unsaid, which can often be good for this type of project. It manages to respect the viewer’s time without sacrificing meaningful content. Most filmmakers wouldn’t have the balls to gut their own feature, but that’s probably why there are so many shitty indie features. Ryan is a hero for taking his time and doing what was best for the project.

Watch from the beginning starting here. Or just skip to the sex scene in Episode 4 like you know you want to… 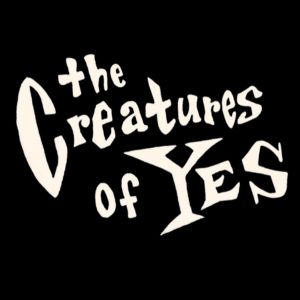 I’m not even going to bother describing this. The video is under three minutes, so you can just watch it for yourself. In a perfect world, Jacob Graham and company would do the effects for every movie. (FYI – Gay Pride Part I has some good effects too!)

Another disclosure: I’m partial to this partly because I was present for Megan’s reading and will be releasing a documentary-ish thing about it next year (my involvement, though, had nothing to do with Austin Islam’s video). From November 14th-16th, author (and Digital Gods alumnus) Megan Boyle did a live reading of her 700+ page novel Liveblog. She also livestreamed this event while it was happening. For those two days, Megan’s livestream became a sort of virtual home to the “alt lit” scene that she’s associated with. It really felt like a culmination of…something. Sort of a logical end point for the alt lit ethos/aesthetic, best demonstrated by the fact that another writer decided to project Megan’s livestream and then livestream himself watching it while other people commented on it. This insufferable behavior should only appeal to connoisseurs of perverse irony. (We know who we are.) 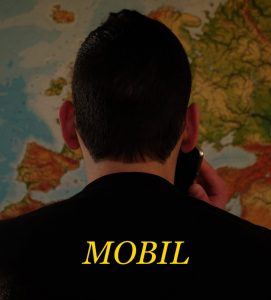 Truls is a very talented Norwegian filmmaker whose work, though challenging and aesthetically engaged, is usually more polished than the type I’m usually drawn to for this column. However, his new short Mobil has one element going for it that I liked too much not to mention. Mobil tells the story of a young Syrian refugee living in a scenic fishing village in northern Norway. The plot involves him trying to help his family cross the border into the EU, but he is powerless to do anything other than make calls on his cell phone trying to make the necessary arrangements. Truls decided to dramatize this as if it was a cheesy action movie, using overly dramatic music to heighten the tension and inserting titles of each new international “location” that the plot takes us too. It’s a clever nod to big budget tropes where the action always seems to necessitate flying to Shanghai or Moscow. For the hero in Mobil, though, his location remains as consistent as his tragic lack of agency.

Petra Deeter (formerly Petra Lo) is an odd filmmaker. Her background is in chemical engineering and business, but in recent years she decided to pursue acting and filmmaking. As a filmmaker, she is entirely self-taught and this shows in her work. Some of her movies are, to use her own words, “embarrassingly bad,” but she is the type of person that learns by doing and is unafraid to display her efforts regardless of their results. With that said, her short film Jasmine is not a “good movie” in any conventional sense. It’s cheaply made and everything feels very amateurish (which I also kind of like, but that’s not my interest here so I won’t dwell on it). However, the ending of this movie is incredible. My mouth literally dropped when I watched it. You guys, it’s so good. I won’t give it away any more than I already have. I’ve said too much already…

Jonny Stranger did not reach his Kickstarter goal, but he still sent me the perks I would have gotten if he had. This doesn’t make any sense. Since he didn’t reach his goal, he didn’t get any of the money, including the money that presumably would have paid for my perks. It’s terrible business but a great creative ethos. I love Jonny Stranger for this. There are a few crowdfunding campaigns I’ve donated to that never even delivered on the most basic perks. (Here’s looking at you, Robbie Barnett. Tears of God premiered in 2015 and I still haven’t gotten my link to view it!) The old adage says you shouldn’t shit where you eat, and disrespecting the people who believed in you first is just about the biggest, shittiest dinner I can imagine. Thanks again, Jonny!

Rabbitsnake wasn’t funded, but if there’s a God in heaven it’ll still get made somehow. Here’s the failed campaign.

Aside from the fact that The Road Movie was given a relatively wide release by Oscilloscope, this movie really nails the type of thing I like to dig around for. If you haven’t heard, it’s basically just a curated collection of crazy Russian dash-cam videos (showing car accidents, unlikely human encounters, road rage, forest fires, meteors, etc.). It’s another one of those any-idiot-could-have-made-this type of movies that I love so damn much. The real talent of a filmmaker like Kalashnikov is spotting the cinematic value in such material and then going through the actual effort to select only the best bits and arrange them for maximum viewer impact. He did a great job too considering that The Road Movie is probably the most stressful viewing experience I’ve ever had. Dear Oscilloscope: More like this, please!

I caught a sneak preview of this movie when Cooper and Farley were visiting ArtCenter School of Design earlier this year. It’s a brilliantly obsessive little movie about bombs, teenagers, French suburbs, and the mysterious value of empty piñatas. John Waters just gave it a shout out on his “Best of 2018” list, which is a bigger endorsement than I could ever offer. I’m including it here not only as a great example of the type of small movie I wish more filmmakers were making, but also because it has multiple connections to the Digital Gods family. Kiddiepunk auteur Michael Salerno served as cinematographer and there’s also a brief-but-memorable appearance from O.B De Alessi!

Not currently available online, but here’s the Facebook page for updates. 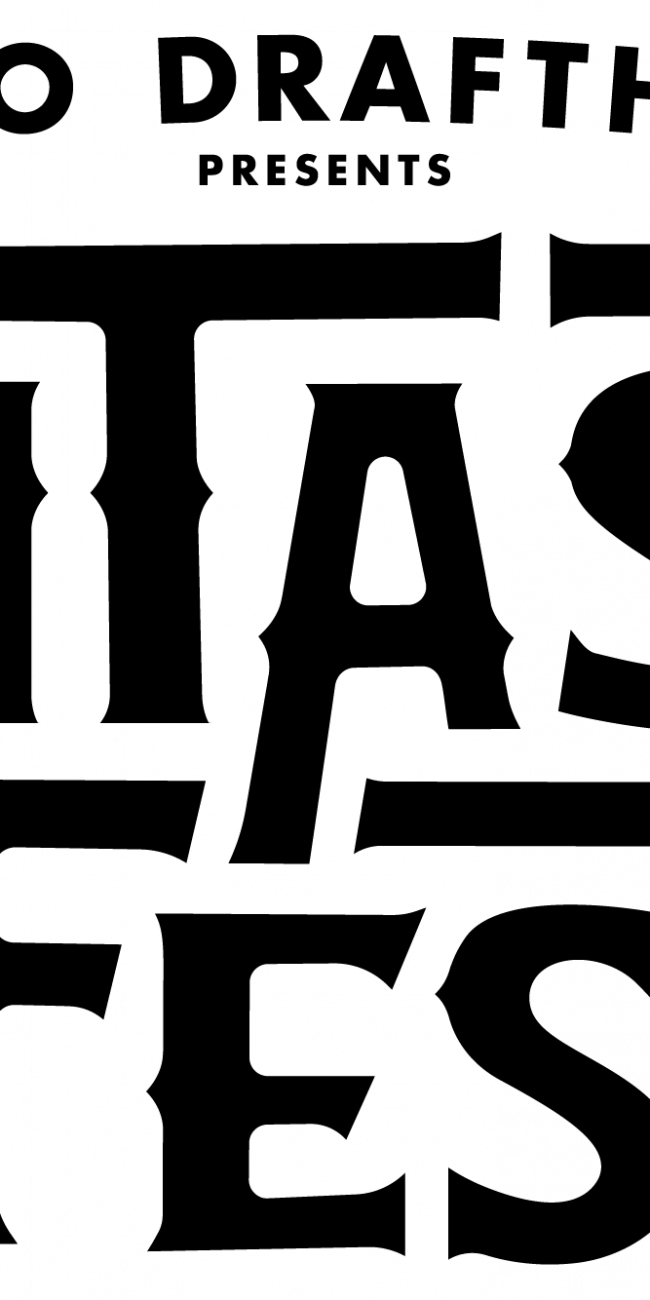