Comedy
Drama
In Theatres
On DVD

The use of irony in period pieces, especially in films detailing historical stretches remembered for their farcical cultural trends (read: clear malt beverages), is a delicate balancing act. You can use period detail to enrich the context of the narrative and broaden the scope of the chosen story (Dazed and Confused, Boogie Nights) or you can use an insufferably ironic deployment of period detail as a substitute for the narrative itself (200 Cigarettes, Susan Skoog’s Whatever).

Jonathan Levine, the director of the exceedingly clever (and still unreleased) slasher opus All the Boys Love Mandy Lane, veers recklessly from one extreme to the other in The Wackness. The film is a fairly personal tale of an alienated youth who spends the summer of 1994 wandering the streets of New York City and selling marijuana out of a water-ice cart, fighting his inner “wackness” and searching desperately for some accommodating sense of “dopeness.”

In the first reel, the knowing winks to the audience pile up so fast that I wondered if The Wackness would make it to the denouement without succumbing to eye catalepsy. Being the reliably grumpy Gus that I am, I asked myself, “does this guy really think that he can coast along for 110 minutes merely by having his characters reference Zima and Kurt Cobain?” Based on the cacophony of smug guffaws from the assembled Sundance press corps at its Yarrow screening (and considering that said corps are largely comprised of retired scenesters who are now entering their early thirties) the answer is apparently a resounding “yes.” 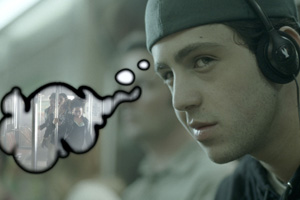 Thankfully, as we creep into the meat of the first act, the true arc of the story begins to take shape: the protagonist (Josh Peck) and his relationship with a burnt-out psychiatrist (Ben Kingsley, in a role that affords him a make-out scene with Mary-Kate Olsen that is destined for viral video immortality) who trades psychoanalysis for sensimilla. The youth bonds with the not-so-good doctor, but their relationship is tested with the dimebag-slinging young-’un takes a shine to the Kingsley character’s alluring but aloof stepdaughter (Olivia Thirlby, who is developing a name for herself as an actress possessing a wellspring of sass).

Here, Levine’s period flourishes—such as bridging the generation gap between the two central characters with an A Tribe Called Quest cue that samples Lou Reed’s “Walk on the Wild Side”—register as inspired and reach a level of maturation. A curious vignette that references Steve Barron’s landmark music video for “Billie Jean” does little to enrich period flavor (especially considering its inherent anachronism) but does much to engender audience goodwill. A concluding moment that pines for the majesty of New York City’s pre-9/11 skyline would register as ham-handed if Levine’s overwhelming affection for the island of Manhattan had not been so thoroughly established in the hundred or so minutes hence.

In short, The Wackness is a film that is quite acutely aware of its target audience, simultaneously pandering to and honoring its nostalgic remembrances of days of yore.

(Visit the film’s official website to watch the trailer.) 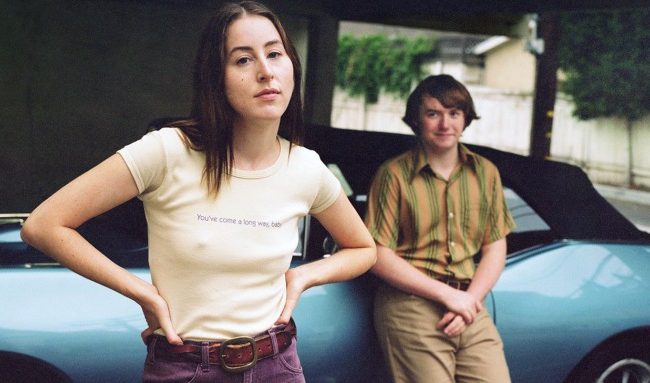