(Surrogate Valentine is now available on DVD through Indie Blitz. It world premiered at the 2011 South By Southwest Film Conference and Festival. Its first screening was Saturday, March 12th, at the Alamo Ritz 1 at 1:30pm. To find out about future screenings or to purchase DVDs, go to the film’s official website.)

Dave Boyle’s third feature is a comedy, like his previous film, the 2009 crowd-pleaser White On Rice. But where WOR was a sharp blast of laughing gas, Surrogate Valentine is a mellow buzz that steals up on you slowly. There’s a gently lulling rhythm to the storytelling; scenes unfold with a looseness that feels semi-improvised. This mood fits with the energy level of the main character, who is also the movie’s co-writer (with Boyle and Joel Clark), the talented San Francisco-based singer/songwriter Goh Nakamura. Playing himself or a version thereof in his feature-film debut, Nakamura isn’t an obvious choice for what’s essentially a romantic lead part—soft-bodied and moon-faced, he’s likable enough but doesn’t project much presence until he picks up a guitar and sings, which he does with grace and wit and leisurely command. 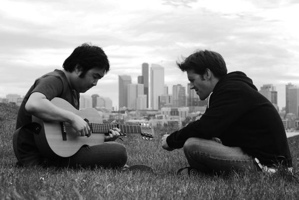 And there’s the rub. Confident in his art, Goh (I mean the character now) is ill at ease in most other areas. This isn’t evident at first, mainly because he covers up his ill-at-easeness with an air of hipster cool. His reserve works fine as a way to cope with the challenges of being a struggling indie musician—sleeping in his car on tour or being rejected by record distributors—or when he agrees, as a favor to a filmmaker friend, to teach guitar to a loudmouth TV actor (the enjoyably overbearing Chadd Stoops) researching a role. But it doesn’t work so well in his love life: his passive acceptance of a Seattle groupie’s nutty behavior draws easy chuckles, but hints at some deeper troubles to come. And come they do, when his old high school flame Rachel (Lynn Chen) visits from LA. Though it’s been fifteen years, Goh is still stuck on Rachel, and most of the film’s slow-to-boil plot requires us to wait while he works up the courage to make his move.

Which may take a bit of patience. At around the halfway mark of Surrogate Valentine, I began to tire of Goh’s passivity. My first thought—as someone who spent most of his twenties in the Bay Area—was that this was a very Northern California movie. Though nobody actually smokes weed in the film, the whole affair has a stoner vibe: monotone delivery, slow-drip reaction time, half-formed sentences delivered with a shrug. My girlfriend, watching with me, said the more obvious, and more correct, thing—that this was a very Asian, or Asian American, movie: people don’t parade their feelings, and are often reluctant to act on them. (We invented mumblecore, mofos. Emotional reticence isn’t a fashionable aesthetic choice with us—it’s part of our culture.) Once I realized that Goh’s difficulty in declaring his love was kind of the point, I perked up, and the film sustained my interest until the end.

One of the big lies of Hollywood is how its product makes this country seem so much less diverse than it really is.* Stories about white people are assumed to be universal by definition; they’re just stories, while everyone else is a special interest or a niche audience. One of the great benefits of independent filmmaking is that its (relative) freedom from big-budget crowd-think offers a way out of this bind. Dave Boyle has now made his third movie in a row about Asian Americans. The anomaly isn’t that Boyle is as “white” as his name suggests; it’s that he has made three movies in a row about Asian Americans. That shouldn’t be such a freakishly rare and welcome accomplishment in U.S. film culture, but it is. Even better, Surrogate Valentine is an Asian American love story that’s first and foremost a love story—by turns, a sweet, funny, and melancholy one, in which most of the important things are left unsaid, but are very definitely felt.

*Articles like this one aren’t helping. The usually admirable Dargis and Scott’s unspoken assumption in writing the piece seems to be that African Americans are the only minority that need concern us here. Don’t misunderstand: the point is not to get into a pissing contest about which under-represented group is more under-represented, but to note that it’s about time certain people’s definition of “diversity” became a little more, how you say, diverse. 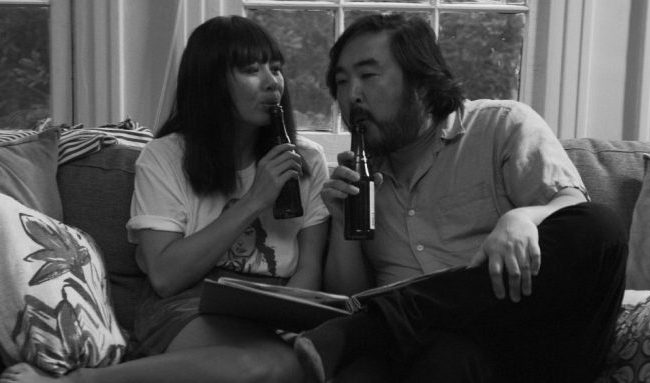