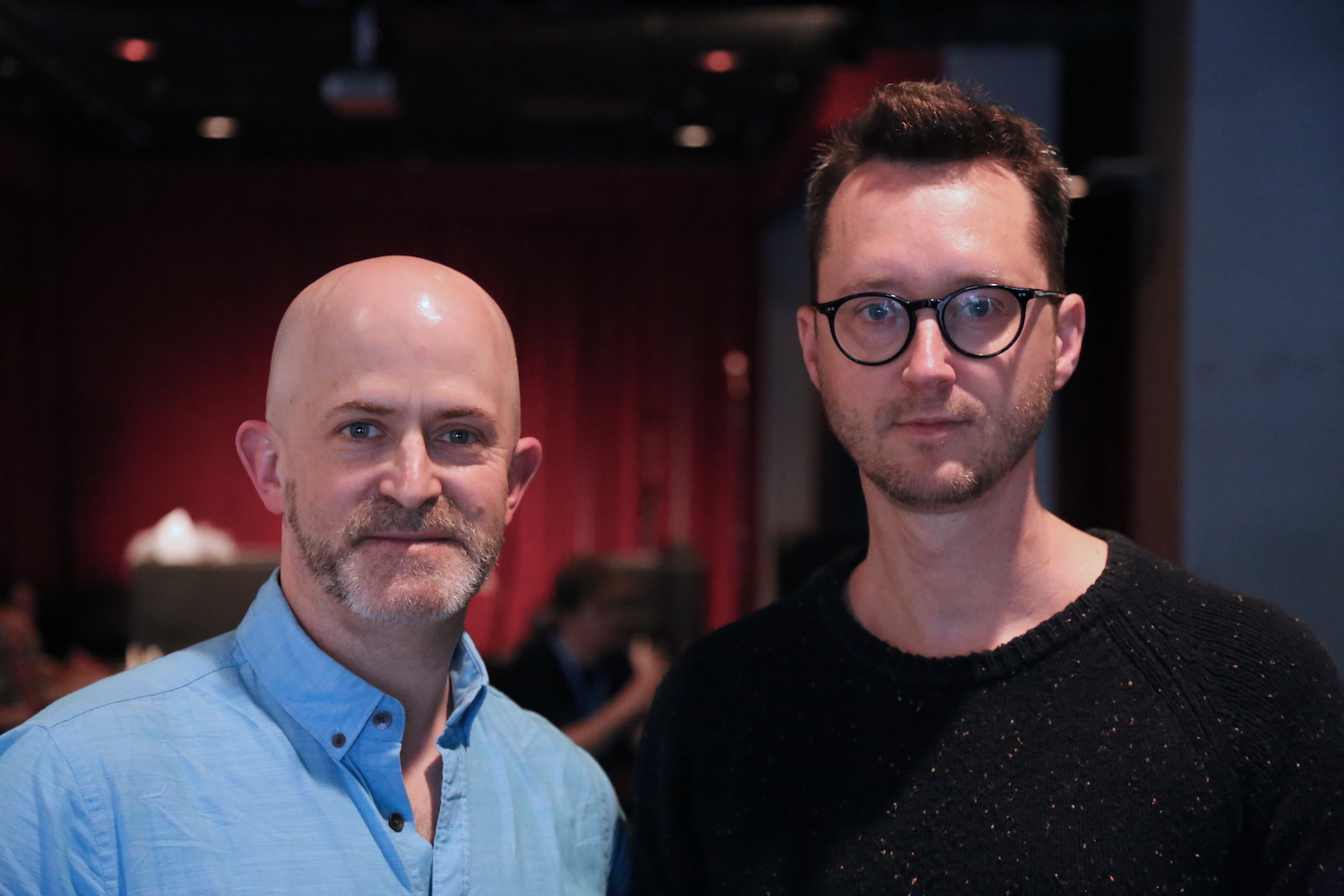 I met with writer/director Matthew Porterfield on Saturday, May 5, 2018, at the Maryland Film Festival (MdFF). We discussed his most recent feature – his fourth – Sollers Point (which I also reviewed), set in Baltimore, hometown to the both of us (in fact, this is by no means the first time we have met). The movie tells the hard-hitting tale of a young man, angry at the world, unable to get his life in order. Featuring terrific performances from lead actor McCaul Lombardi (American Honey) and supporting actors Jim Belushi (Katie Says Goodbye) and Zazie Beetz (Deadpool 2), among others, Sollers Point offers a dramatic journey into the dark side of the male psyche. Here is a condensed digest of our conversation, edited for length and clarity. 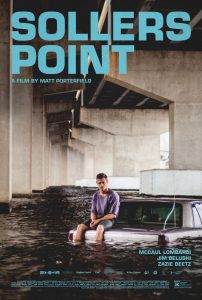 Hammer to Nail: So, you made films with other Baltimore-neighborhood names for two of your first three films: Hamilton and Putty Hill. Why, now, Sollers Point? What drew you to this part of Baltimore?

Matthew Porterfield: I was thinking, first and foremost, about the fact that Dundalk is a company town, an area built by Bethlehem Steel. My grandfather was a steelworker, and I was interested in exploring that history, as well as the maritime tradition there. My grandparents, when they were growing up, lived in Curtis Bay, which was called Wagner’s Point at the time, and I’ve always had a sort of fascination for the way people live down there. I felt a certain affinity for Northeast Baltimore, where I grew up, but there’s also a certain specificity that exists, in Dundalk and Southeast Baltimore that, I think, is unique to the place. So, I was just trying to get into some of those things, and I feel like Hamilton, Putty Hill and Sollers Point all explore a similar socio-economic cultural milieu, even though the neighborhoods are distinct.

HtN: You have a relatively well-known actor in this film, Jim Belushi, which is something different than we’ve seen in your previous films. How did you get him for your film? He’s great, by the way. It’s a solid performance. One of his best recent ones, along with a film called Katie Says Goodbye, which I saw last year.

MP: Yeah! That film was on his reel. We were working with a casting agent in New York, who gave me a list of names of male actors of an appropriate age, and Jim Belushi stood out, because I knew a little bit about his background and his family history, the fact that he comes from working-class roots, that he’s a father. We spoke, via Skype, and he really connected to the material. He had gone and watched all three of my previous films and had things to say about them, and I realized he was very serious. (laughs) I mean, I knew he was professional, given all his years of experience in television and film and improv, and he brought that to the piece, into the role. He was wonderful and really understood the material deeply and for the things he didn’t understand, was ready with questions and willing to talk.

HtN: The other collaborator I want to ask about is your DP [Director of Photography], Shabier Kirchner, who does an amazing job. I’m particularly fascinated by your choice of the long-held medium close-up as a recurring aesthetic device. So, first, how did you hire your DP, and then, how did you decide on that framing?

MP: So, it was my first time working with a new DP, after three films with Jeremy Saulnier. It was my producer, Alexandra Byer, who introduced me to Shabier, and I quite liked him, and his work, though he didn’t have a ton on his reel. Like Jim, he really responded to the screenplay, and I could tell he was a really gifted lighting cinematographer, which was important to me, since I was hoping to achieve a degree of naturalism. Basically, we storyboarded the whole thing, by walking through the actual locations with a DSLR, and framing up each of the scenes.

And yeah, we wanted to get a little closer, in this one, than I had in my previous films. I feel like we kind of favored the wide shot – the wide master – more in Hamilton, Putty Hill and I Used to Be Darker. We wanted to get closer, tighter, into this character, into his space, and really follow him through the whole film. It was a mutual decision that we made. And there’s a lot more handheld in this film than in my previous ones, as well. Shabier was the camera operator here, as well as being the DP, and he’s a really gifted handheld operator, and I was really struck with how much energy that brought the frame, the combination of the medium close-up and the handheld. 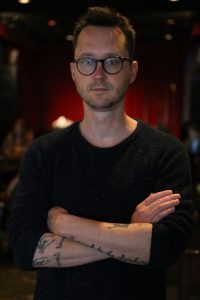 HtN: Indeed. And not that this is important, because a tool is but a tool, but what did you shoot on?

MP: We shot on the ARRI AMIRA.

HtN: So, your film is, as I call it, a sharp examination of self-destructive male behavior, and the pathetic end road to which that can lead, but as a result, you have a main character who is often unsympathetic. You often have – as one should in good drama – complex central characters, who make for compelling viewing, but they can also challenge the sympathies of the viewer. This guy, I find particularly challenging, though I loved your film. Could you talk, as a writer, about exploring that and your concerns about losing the viewer or not?

MP: Sure. I think it’s particularly hard, at script stage, to write a challenging, or at times unlikeable, protagonist, that a reader will respond to, or feel empathy towards. You hold out hope that you’re going to find this actor with pathos, you know? And we ultimately did. McCaul has that, and that’s why the film works, because if it had been played by someone else, the audience wouldn’t connect at all. So, it’s challenging, at script stage, because you have to really think about the action and the emotion, know it, believe that it’s there, so that it can be conveyed to an actor and built into the performance.

A lot of people don’t respond to my scripts, with the characters that I write. I can’t tell you how many times readers have been like, “I just don’t connect to this character. I find him unlikeable. I can’t get into his world. Why should I care?” But, you know, I’m always holding out hope, because I’m writing to direct, that I’m going to find that person that we’ll still root for, in the end. I guess I’m able to do that because I’m also writing from a personal place, from personal experience. (laughs) I’m writing about the more unlikeable aspects of my own personality, and hoping that I can get to a place where they come across and connect on screen.

HtN: One of the other things I liked a lot in the film was the editing. You have these really quick time transitions, where the sister is talking about giving Keith a car, and the next thing we know, he’s got the car. We jump forward, I don’t know how many weeks, and this happens a number of times.

HtN: So, can you discuss your choice to do these elliptical time transitions?

MP: It was definitely something I was thinking about in the script stage. I knew that I wanted some time to pass, but I didn’t want to identify it with a clear subtitle. I wanted ellipses to be felt and for the audience to feel like they were kind of catching up a little bit, but also aware that time had passed. I just didn’t want to make a big deal about these ellipses. But little clues, like the one you cited, where there’s talk of him getting a car, and suddenly he has the car, signify time passing. Or he goes to see his friend Breezy, and they talk about maybe working together, or a drug connection, and then we see him driving around, in the car, selling drugs. It was just fun for me to structure them and think about how they work. I’m always really interested in straight cuts, and also the transitions between scenes. I’m obsessed with transitions, so when there’s a transition that can also then contain a passage of time, it’s particularly interesting to me.

HtN: Sure. Now, were there any particular production challenges unique to this film? There’s a scene where a car ends up in a body of water. Was that difficult to shoot?

MP: Honestly, everything involving cars…those were the most difficult things. I mean, you think about all the different angles we have on the car interiors and driving scenes. I’d written so many driving scenes in the script, which are hard to pull off, from a continuity standpoint, from a rigging standpoint. You know, you have to make sure that the camera is rigged, and that it’s safe and secure, and it takes time, and then, of course, you drive to the location, and we had a police escort, so you’re driving on busy streets, waiting for lights to break, hoping they’re consistent and you get a good run, and then you’re turning around and going back…It can be a tremendous headache. They’re a big time suck.

And then, driving the car into the water involved all these administrations: the Police Department, the Bridge and Tunnel Authority, the EPA, who were all present when we shot. We had about 30 minutes that we were allowed to keep the car in the water, but multiple shots that we needed to do. Luckily, we had multiple cameras, as well. So yeah, there were some big action sequences, some pyrotechnics, a little bit of fire, things that I hadn’t really dealt with in my previous films.

HtN: Interesting. Well, I really enjoyed the film. Thank you so much, and congratulations!

(Sollers Point is in theaters now via Oscilloscope Films) 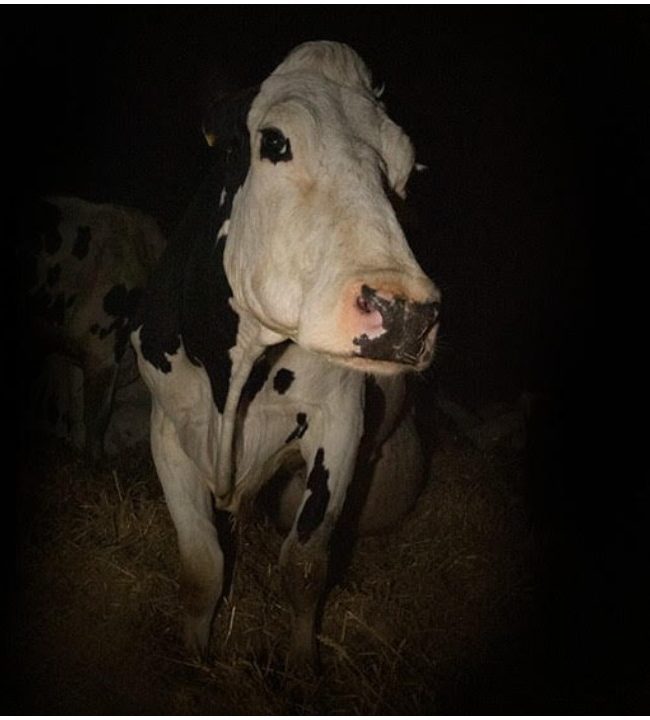 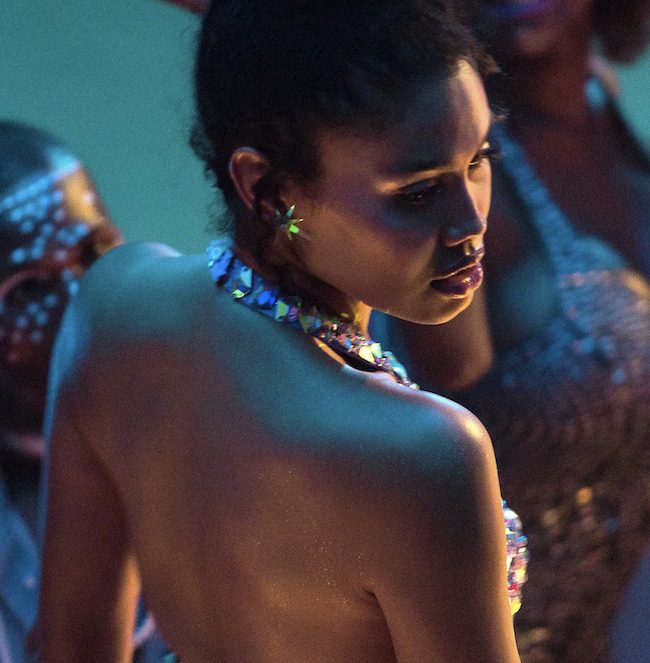