(Nina Davenport has been making carefully crafted, first-person documentaries for over a decade. After her first film Hello Photo made waves with its beautifully photographed, stylistic approach to nonfiction filmmaking, Davenport switched gears, focusing on her own life and experiences with Always A Bridesmaid, Parallel Lines and the celebrated Operation Filmmaker. Her new film First Comes Love documents her decision to have a child on her own and tracks the experience against her own family’s history and the current climate for becoming a single parent. We sat down at the 2012 Toronto International Film Festival to discuss the film, which is now playing at the IFC Center before airing on HBO on July 29th. Visit the film’s official website to learn more.)

Nina Davenport: I went to Harvard, and Cambridge is sort of the epicenter of this kind of filmmaking. It started at M.I.T. in the film program run by Ricky Leacock and Ed Pincus, and Ed’s Diaries: 1971-1976 is a seminal work that has not really received the credit it should. They then taught Michel Negroponte, Ross McElwee and Rob Moss, and Rob and Ross both came to teach at Harvard. So, I was exposed to that kind of filmmaking and their films, but I rebelled against that with my first film, Hello Photo. It was very visual, cinematographic; I didn’t want to do what my teachers were doing. But my second film Always A Bridesmaid was very much of their ilk, about my lovelife, being a wedding videographer who wanted to get married herself, and these spinsters who never get married becoming my inspiration in a way, so that’s how it started. It was luck that I was at the right place at the right time for my education, and once I started doing it myself, it felt like this is me, this is who I am.

H2N: Why do you think this approach endures? Even though these films are of their time and place, they don’t feel distant, as fiction might. 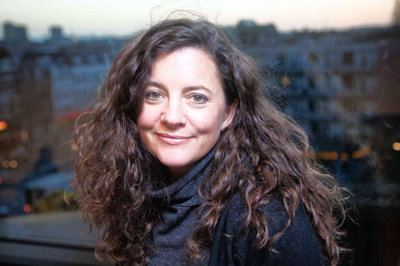 ND: I think that these films are about universal themes of the lifecycle. Birth, death, marriage—these are fundamental rites of passage. They’re more likely to be timeless. And I have to say, timelessness is one of the things I strive for in making a film, partly because I am a one woman operation, I do most everything on the film, and I can’t really compete with these folks who have production companies doing films that deal with topics of the moment; they are going to get their films done much faster. My hope is that I will have a body of work that will still stay relevant when I am gone. That means I likely don’t get into a lot of film festivals and I am not the hot film of the moment, so it’s probably not a good career choice. If you wanted to be successful, try to be topical. Striving for universality, that’s not what’s winning Academy Awards.

H2N: Does that trouble you at all? Are you striving for that recognition?

ND: I mean, it does bother me that the artistry of a film and how well made it is doesn’t count as much as it should in documentary. It is so topic driven and social issue driven. If I were on the jury, I would rather give an award to a well-made film about nothing than a poorly made film about a popular subject. [ND laughs] It does bother me because I am trying to make art…

H2N: Out of your own life, though…

ND: And it just so happens I’m making it out of my own life, which is very strange.

H2N: It must be difficult to have the creative distance you’d need to edit your life into a narrative while being non-performative in your own existence. How do you live you life under those conditions? 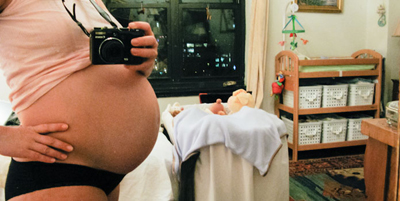 ND: I mean, I appear on camera the bare minimum because it is very hard to be on camera and get it right, because it is so hard to make sure you don’t appear to be playing to the camera. In certain situations in this film, for example, when I am pregnant and in the bathtub semi-naked, I was moving bubbles in the tub to cover my body. But the camera kind of became a friend to talk to when I was pregnant because I didn’t have a husband to talk to at night, so that was genuine. When I was in labor, I wasn’t playing to the camera because I wasn’t thinking about the camera. But in general, it is better when I am behind the camera and my personality as a filmmaker is coming through with how I respond to people and what I ask. But it’s true: when you know the mechanism of what makes a good scene and how to assemble a good scene, it is hard not to perform and not create a shtick.

H2N: You think of reality television, where people are expected to perform and the scenarios are completely fabricated to create the conditions for assembling the drama quickly and to expectations. In First Comes Love, you’re bracketed by the drama of being a single mother having a child…

ND: I was reaching really far with this and I was filming a lot of things. I was filming my friends’ love lives, my relationship with my family and my dad, my friend Amy’s emotional struggles. I was filming everything that I felt might fit, and of course, a lot of it got cut. When you’re making this kind of film, recording your life as it unfolds, you don’t really know until you’re editing if it works or if it is interesting, so you have to shoot a lot. For example, I filmed a lot of single mothers as a safety net in case my own story was too boring, but I used very little of them because I ended up using a lot more of my relationship with my own family than I thought I would.

H2N: This film deals so closely with the modern condition of maternity; how it has changed, how it is now. Our parents were of a different mindset and it has truly changed. But when you have such a personal set of decisions to deal with, private decisions, that have become a real focal point in the outside world. When you were making this film, were you aware of your position in this discussion about motherhood taking place today?

ND: There is a lot of chatter about maternity; should you breast feed? Should you take the epidural? C-sections? All of it has been politicized, justifiably in my opinion, but I don’t think that is what this film is about. This is a personal, intimate film and people will relate to it in a lot of different, unexpected ways. To the extent that it makes women of my age feel empowered to have children on their own terms, if they have the space, time and energy for it, that they don’t need a man, per se, to do it, then yes, some of that is important.

H2N: I guess I’ve just noticed that a lot of people seem to declare themselves as “pro choice” but have a lot of opinions about how others should handle their bodies, their pregnancies, their families.

ND: I think that love comes in many forms and you need it in your life, but it doesn’t have to come in the neat and tidy package of the nuclear family. It can be so many different things and I feel like I have true love in my life with my best friend, the father of my son, my son himself… so many people. Would I love to have a great marriage with a hot guy and have awesome sex every night? Yes. But I know that marriage is not a cakewalk either. We’ve all seen the struggles of our parents as well, and I just think you have to learn to embrace what you have around you instead of this unfeasible idea of what you “should” have.

H2N: Do you go back and look at your previous films, to track your experience through these projects?

H2N: Well, in this day and age, with social media, so many of us share our children’s lives online and they are growing up in this very public way and in this film, you are really documenting your son’s life in a very intimate and public way.

ND: Well, the good news is that my films are not that big, so I am not worried this will be huge and have this life outside of my control in a way. I mean, the only context I could see this happening would be a retrospective in the future, when he is much older, and that is not a guarantee [ND laughs]. But by then, I think for him to be able to see the story of how he came into the world will be an awesome thing. I would give anything to be able to see the equivalent film of my own childhood. I wasn’t revealing anything I was worried to share. I’m not obsessed with privacy; it is more important to me to connect, to make art, than to protect my privacy. But we’re talking about another person, but he is so young at this point; maybe it would be an issue later if I want to make another film when he is older. That could happen.

A Conversation With Alexander Olch (THE WINDMILL MOVIE)