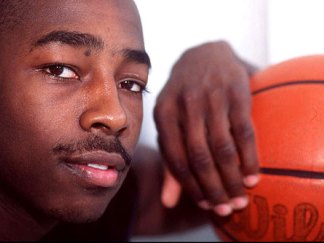 When it arrived in 1994, Steve James’ Hoop Dreams was praised as an instant classic. Both critics and audiences alike rejoiced over this epic three-hour documentary portrait of Arthur Agee and William Gates, two African-American teenagers in inner city Chicago who, over the course of five years, struggle to achieve lifelong goals of basketball stardom. Hoop Dreams is that rare cinematic event that isn’t just passively watched by viewers. It is actively lived by them.

Fifteen years later, James’ achievement has lost none of its dramatic, sweeping impact. Hoop Dreams is, without question, one of the great American films and a truly monumental achievement. Roger Ebert wrote passionately about a recent screening in Chicago that united the film’s stars and makers, and tonight at IFC Center, Stranger Than Fiction hosts its own special screening at 7pm (featuring a Q&A with producer/cinematographer Peter Gilbert).

If you who don’t live anywhere near New York City and want to either revisit this film on the occasion of its 15th anniversary or live through it for the first time, you can do that right now over at Netflix.

A Conversation with Nick Budabin and Keifer Sykes (CHI-TOWN)