TELL THEM WE ARE RISING 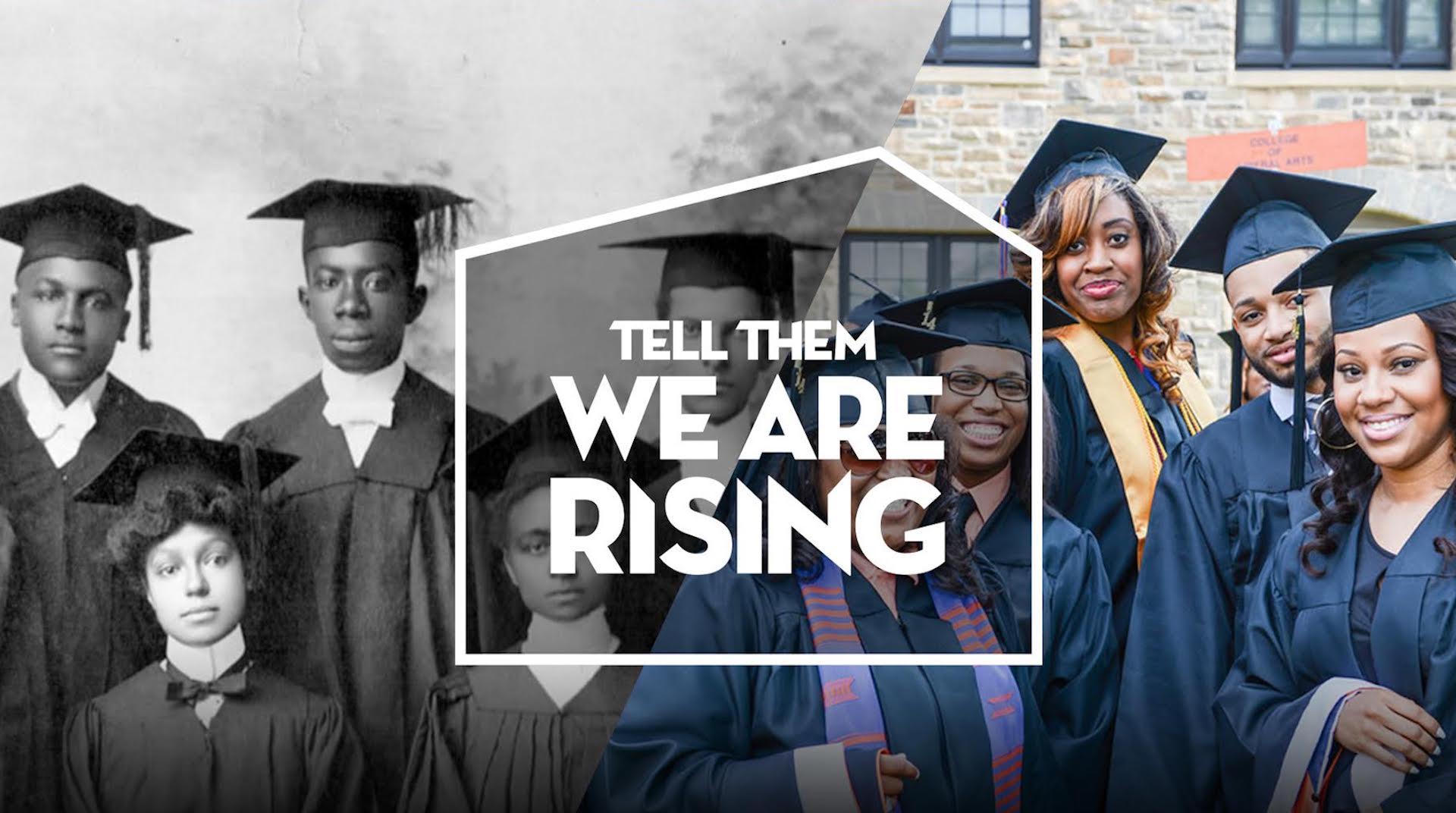 (The 2017 Sundance Film Festival kicked off on January 19 and runs through January 29. The HtN staff has boots on the ground and a crew working hard to review screeners hard  like this, Stanley Nelson’s crucial doc on African-American higher education, Tell Them We Are Rising.)

From documentary director Stanley Nelson (The Black Panthers: Vanguard of the Revolution) comes a new film about the African-American experience that explores the founding and evolution of our nation’s historically black colleges and universities (HBCUs). From the 19th century to the present, these schools have afforded traditionally disenfranchised black populations the opportunity to educate themselves and thereby form a bulwark against those who would continue to demean and debase them. Nelson’s movie offers a solid history lesson on early challenges and the obstacles and opportunities that followed, explaining why even today there is a need and a desire for institutions where African Americans can feel comfortable. One young woman, a current student at Spelman College, even announces towards the end, “I just want to be me.” Hear, hear!

To anyone even halfway familiar with turn-of-the-20th-century debates over the nature of black abilities and intelligence, it should come as no surprise that Tell Them We Are Rising spends some time delineating the differences between Booker T. Washington – the great appeaser, founder of Tuskegee University (formerly the Tuskegee Institute) – and W.E.B. DuBois – the great activist, co-founder of the NAACP. The one urged a passive acceptance of white supremacy, pushing more vocational roles for African Americans, while the other – one of the most educated men of his time, of any race, as Nelson’s film tells us – adopted a more militant approach, arguing that there was nothing an African American couldn’t do. It was a vital debate in its time, but a greater threat to black intellectual emancipation was the “separate but equal” doctrine that defined racial segregation, particularly in education, from the the 1890s until the Supreme Court’s Brown v. Board of Education decision in 1954. That legal brief was argued by Thurgood Marshall (from my home town of Baltimore!), a graduate of two HBCUs: Lincoln University, for his B.A., and Howard University’s Law School. Ironically, this victory, triumph though it was, has subsequently made it difficult for some select HBCUs to survive, given the other opportunities available to black students in its wake.

There are many fascinating interview subjects and historical figures profiled here, of all generations, men and women. The title of the movie comes from an actual recorded statement by Richard Robert Wright, Sr., a future banker and college founder, born a slave, spoken as a boy in the years after our Civil War when he was asked by a Union general how the former slaves were doing, answering, “Sir, tell them we are rising.” Both then and now, we learn of the life-and-death struggles – including shootings on the Southern University campus in 1972 – that have long followed the movement to educate African Americans in our still-troubled country. It’s a vital documentary work, though I wish it broke artistic ground in the same way the pioneers it profiles broke political, cultural and social grounds. Still, though there is nothing particularly innovative in its camerawork, editing or sound design, Tell Them We Are Rising tells a story that must be told, and tells it well.