(The 2017 SXSW Film Festival opened on March 10 and runs all week until March 18. HtN has you covered and GUARANTEE more coverage than any other site! Check out this review of Barbecue, Matthew Salleh’s documentary look at grilled meats across the globe.)

A film that is sure to repel the vegetarians and vegans among us, given its close-up focus on sizzling slabs of meat, Barbecue takes us on a global journey through our planet’s many different traditions of communal cooking and eating. From South Africa to Japan to Uruguay to New Zealand, via many more stops (12 in total, including the state of Texas), the film examines the ways in which the human animal prepares and roasts the flesh of other creatures, and how we come together over food to celebrate friends and family. Whether it’s called a Boodog (Mongolia), Shawarma (Syria/Jordan), Barbacoa (Mexico) or Khorovats (Armenia), the art of the barbecue emerged from our earliest days as hunter-gatherers, when we first threw our butchered prey on the fire. Civilization was born from these roaring pits, and the resultant variety of cultures is the subject of this fine documentary that is part Koyaanisqatsi, part Chef.

Beautifully photographed in 4K resolution, by director/cinematographer Matthew Salleh, Barbecue begins with flames lifting skyward in the dark, illuminating the night as guide and protector. A subtitled voice, speaking in an aboriginal tongue, discusses humanity’s search for shared experiences, and fire’s role in making that happen. We then cut to our first country, South Africa, where the pattern will be set for all 11 sections to follow: we meet locals, they discuss their own particular meat-cooking traditions, we see examples of those traditions, and then, while holding on a last image from that location, we cut to the next one via an audio bridge, hearing its sound before seeing its image. Alternately, the music swells at the end of one sequence, then abruptly ends with a cut to black, after which we travel to the next country. It all feels intricately designed, but not overly determined, since the sections are of varying lengths and the details of each are approached differently.It’s ethnographic filmmaking with a culinary twist, both informative and enticing.

One thing I wish Salleh had explored a little more is the contrast between our relationship with the animals we eat and the ones we domesticate. In many of the sections, dogs (and the occasional cat) stand off to the side (or in the middle), licking their lips and enjoying the occasional handout, whether we be in the Philippines, Australia, Sweden or anywhere else. He edits in these shots with enough frequency that it raised the issue in my mind, even though it’s the subject for another movie. Meat plays such an essential role here, and we witness the slaughter of various livestock, that it’s hard to ponder the larger questions of our species’ choices of what ends up in our stomachs and what ends up in our homes. Other than this mild regret at wanting a greater philosophical conversation, I enjoyed the film for its pacing, pictorial beauty and pensive reflections on the joys of being a carnivore. Next time, Salleh, whose feature debut this is, can make a sequel called “Tofu” for the non-meat-eaters of the world… 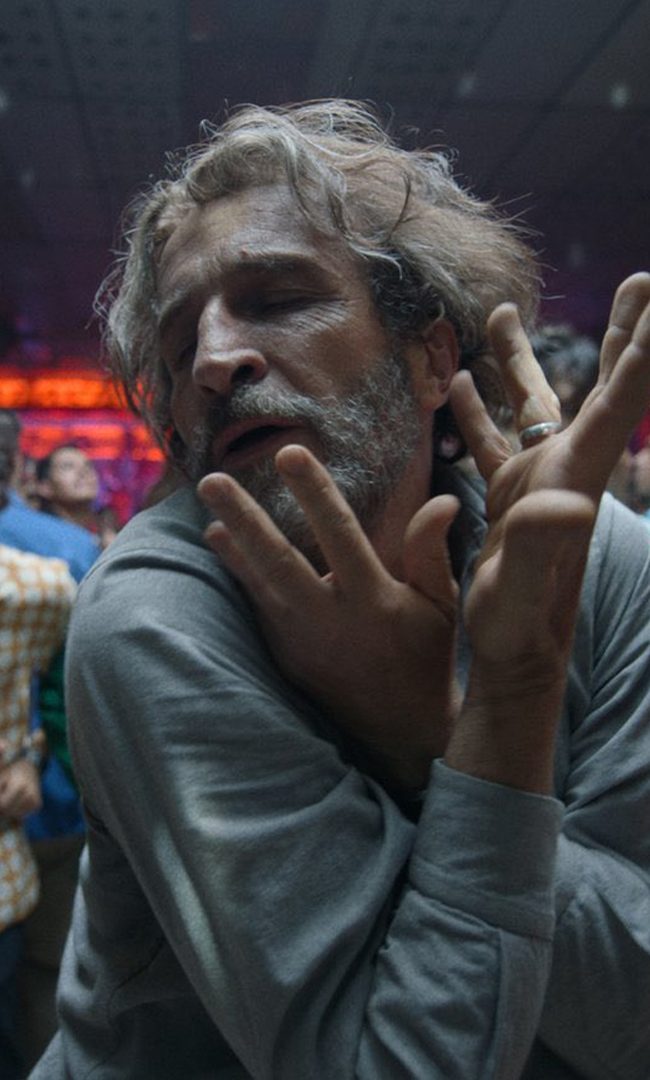