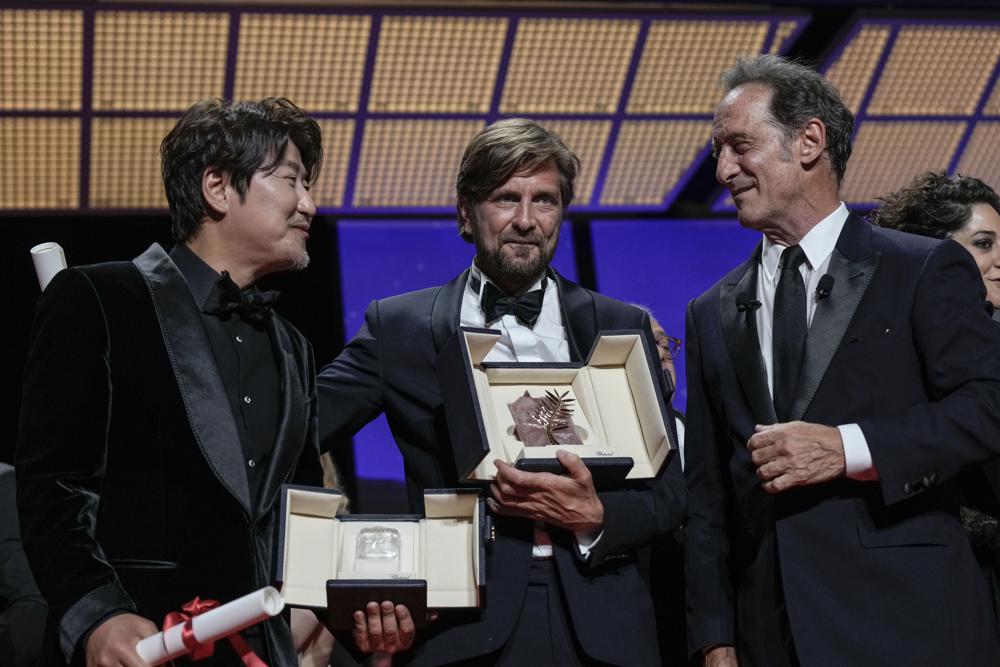 Ruben Östlund won his second Palme d’Or for his new social satire Triangle of Sadness. His second win since 2017’s The Square, his new comedy of manners brought a wide variety of reactions, ranging from laughter to disgust. Neon picked up the North American rights to the film, and we will hopefully expect a release sometime later this year. This is the third Neon film to win the Palme, after last year’s Titane and 2019’s eventual Oscar-winner Parasite. In this review, HtN’s own Jack Schencker wrote, “This is a powerhouse achievement from Östlund. For two hours and thirty minutes, this movie continuously made me laugh, shocked me, and left me inspired. It went places I never expected. Triangle of Sadness is that rare blend of high craft and pure entertainment that is hard to find today. In a time when most films playing Cannes are depressing, it was extremely refreshing to see a full-fledged comedy. It’s the type of movie you want to see with a big crowd. The film guarantees people will either be howling with laughter or walking out.”

Other Cannes winners include a tie for the Grand Prix Award (second place) between Claire Denis’ Nicaragua-set thriller The Stars at Night, and Lukas Dhont’s boyhood tale Close. A24 will release both films in North America. There was also a tie for the Jury Prize between two other films Jack Schencker had the pleasure of reviewing: Jerzy Skolimowski’s donkey tale EO, and Felix Van Groenigen & Charlotte Vandermeersch’s The Eighth Mountain. The acting awards were given out to Zar Amir Ebrahimi for her role in Ali Abassi’s Holy Spider and Song Kang-Ho in Hirokazu Kore-eda’s Broker. The Best Director Award was granted to Park Chan-Wook for his new head-turning thriller Decision To Leave. First-time filmmakers were also recognized as the Camera d’Or for first feature was awarded to Riley Keough & Gina Gammell’s War Pony.

See the full list of winners from all sections below:

Prix Un Certain Regard: “The Worst Ones,” directed by Lise Akoka & Romane Gueret

Un Certain Regard: “The Blue Caftan,” directed by Maryam Touzani

Prize of the Ecumenical Jury: “Broker,” directed by Hirokazu Kore-eda

Best Documentary: “All That Breathes,” directed by Shaunak Sen