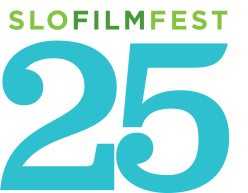 Tuesday, March 12, 2019 marked the start of the 25th San Luis Obispo International Film Festival. I’m excited to report that through the good graces of festival brass as well as the fests PR rep, the esteemed John Wildman, I’ll be attending the festival this upcoming weekend. While I’m a bit disappointed I can’t get to the fest earlier, there’s much to see and do this weekend. I thought I’d share what I’m excited for before wrapping it all up when I get home. Here we go…

The first thing that caught my eye about the San Luis Obispo International Film Festival (SLOIFF) Is the way they’ve designed their fest to not only show off newer films but also pay tribute to classics. The other super cool thing about the fest is the way they use the week to celebrate San Luis Obispo which is a sleepy little surf town located along California’s central coast. While not an outright “nature” or “extreme sport” film festival, SLOIFF features a huge “Surf Night” on Friday, March 15 and I’m excited to attend this years weekend kickoff.

Turning their lens towards South Africa for this years fest, “Surf Night” will features Satori, a gorgeous looking documentary by South African filmmaker Rick Wall who will be in attendance with surfer Rod Torr. According to notes, Satori is “shot in dramatic black and white and color, documents a close-knit group of local big wave surfers who have dedicated their lives to the ocean and riding the huge waves off the shores of picturesque Cape Town, South Africa. “Satori” is a Japanese Buddhist word meaning a sudden moment of awakening or ‘glimpse of truth’ – the essence of surfing for many.” Awesome! The movie will be bookended by a nice celebration of surf culture and I have to say, I’m a sucker for film festivals that feature local culture as a hook for an event.

As I mentioned, the San Luis Obispo International Film Festival pays tribute to classic films and I’m bummed to have missed the tribute to Katharine Ross which kicked off the fest Tuesday night with a showing of Butch Cassidy and the Sundance Kid in which she starred as Etta and many will remember her as Elaine in The Graduate. Fortunately I will be able to attend the Saturday festivities for Alfred Molina who is recipient of the King Vidor Award at the fest. From the “you learn something new every day” file, it appears Vidor owned a ranch in nearby Paso Robles where he passed away in 1982. In any case, I’m a big Alfred Molina fan and look forward to hearing his Q and A at the fest.

Alas, my weekend isn’t all fun, games, beer and movies (I mean, it mostly is) as I’ve been called into action as a panelist for the “Indie Film PR and Distribution: A Crash Course” at 9am (wait, what!?) Saturday, March 16. Moderated by Mr. Wildman himself and featuring writer/director Collette Freedman, editor/producer Jhennifer Webberley and director Robin Hauser, the panel is designed to navigate the ever-changing distribution landscape as well as put together a smart PR approach. I’m excited for this one (or, was until I noticed the time of day!) as I receive about 25-40 PR emails a day that go directly into my trash bin and I also have…”strong” feelings about distribution. If you’re around the fest, come say hi, it should be a lively panel!

The deluge of rain has ceased in California and it’s going to be a great weekend. I’m honored to be attending. I’ll also re-run some films playing there that we already have reviews of so, stay tuned to HtN!