By The Editorial Staff
Views 587
0 Comments 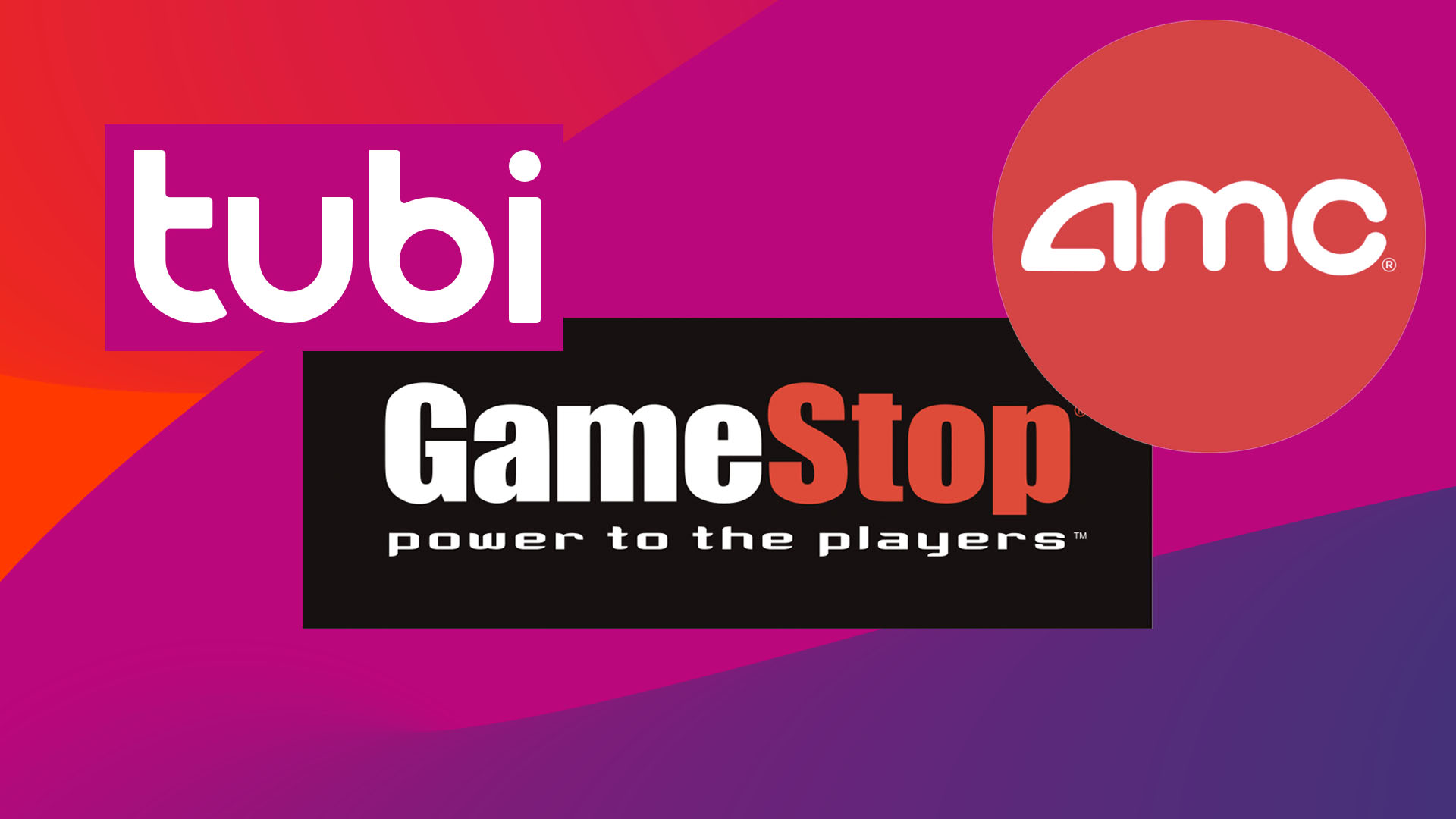 (Noah Lang is a writer/director/producer who’s latest film This is Not a War Story is earning great reviews at film festivals. Noah reached out and pitched us on the following piece which we think will be an eye opener for indie filmmakers. Like what you see here on Hammer to Nail? Why not give just $1.00 per month via Patreon to help keep us going?)

Like every other producer I know, I receive quarterly reports from the plethora of both successful and not-so-successful films I have produced.

Sometimes unpacking these reports is A Beautiful Mind level 4D chess. DVD returns reserves, manufacturing vs supply chain expenses, unitemized marketing costs and the sometimes arbitrary delineation between different platforms can make for a confusing afternoon when you are trying to write an investor update. Also, these are almost always PDFs so you can look forward to manually inputting numbers into an excel document with no easy way to cross-check your work. It’s good times.

Anyway, something that has become abundantly clear over the past year and a half of largely sheltering in place – AVOD (advertising based video on demand) is fucking great for independent filmmakers.  Every film I have produced is seeing real revenue from Peacock, Tubi, Crackle, Roku, PlutoTV and everyone else in between who is offering films for free if you can stomach a handful of ads throughout. Some of these platforms work better than others but by and large it is shocking how well designed and intuitive these apps are. At least when you remember that they are fucking free.

Hundreds of films – many of them slop but no judgment here – available in the most egalitarian way possible. Any device you have you can find these platforms and they have great films on them beyond the token 20 or so studio films that pop up. You just have to be willing to do a little digging.

AVOD is special precisely because it’s free. We take for granted that we have slowly been swindled into a new form of paying for cable by virtue of paying for five separate services. Once a user realizes that, they are justifiably irritated by what was supposed to be this grand sea change from being treated like dogshit by cable providers to the great streaming revolution. Now you can just count on being completely confounded by the multitude of platforms, surfing available titles between twenty OTT services and generally spending more time scrolling than actually watching.

To be clear, AVOD doesn’t solve that at all but it also doesn’t charge you for the privilege of not knowing what you want to watch. And most importantly, it does not discriminate because of your socioeconomic status. If you have the internet, you have hundreds of films available to you for free. But to get back to why this matters to people like me.

I did not have the privilege of producing films when home video was a meaningful revenue generator. Missed that boat. And by all accounts, that level of revenue will never be wholly replaced. That said, AVOD has taken some of the burden that the death of video left behind. They mostly (but not wholly) pay out on a revenue split basis. So when people watch your film, you are paid. Easy model right? 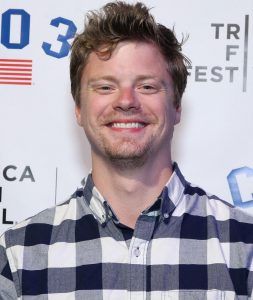 Now the dirty little secret of indie film is just how fucking impossible it is to be seen in a meaningful way and have your work recognized. You are competing with juggernauts who dominate every platform and with little to no effort, brush your film into the dustbin by virtue of cast, key art, foldering, and more. But what they can’t actually do is control who watches what. They simply can’t. In a way they do in de facto fashion just due to visibility but it does not need to be that way. You are the one that clicks play, you just so often are overwhelmed by the paradox of choice that you end up watching Man on Fire (available on Tubi by the way) again.

The Gamestop and AMC Short Squeezes were the latest example of the power of the crowd as a disruptive force. It enabled regular people to attain real agency in a market that did not want them. Regardless of what pundits and shills tell you, they forced billionaires to their knees, even if only briefly. The satisfaction in not being wholly controlled by corporate forces and influences was a refreshing Robin Hood moment for the vast majority of the populace.

So how does this relate to AVOD and indie film? Well, we can do a bizarro world version of the exact same thing.

28% of Americans bought viral stocks in January of 2021. That is batshit insane amazing. And as fiscally irresponsible as it was for a large percentage of those buyers, it was reflective of frustration with power structures. The refrain was “I’ve been poor before and I can do it again but those of you trying to destroy these companies have not.” Whereas the cost of the revolution with viral stocks was actual dollars and cents, the cost of an AVOD revolution is only your time. Time you would’ve likely spent watching something anyway.

So why not take that time and drive power in numbers towards titles who desperately need it?

If a mass of people, even a quarter as large as those who went to bat for Gamestop and AMC showed up for indie filmmakers on a semi-regular basis, we would see a wildly shifted landscape for those filmmakers. Films that were looking at ten year paths or no path at all to recoupment would suddenly be in the advantageous position of having their film being seen and generating real money. And when indie films recoup, the easier it is to make the next one.

I won’t go so far as to say the system of entertainment does not want indie film to succeed. Quite the contrary. But it shouldn’t be controversial to say that there is not much incentive for change because to the people that control most of the levers, the system is working for them. So while I cannot attest to being at all capable of organizing a movement like this, I can say how I think it could look in practice. WallStreetBets gave a pretty solid template for it after all.

Say we had a sub-Reddit called “AVODActivism” and the entire conceit of it was to fairly nominate titles to be watched en-mass by AVOD users. Perhaps a running poll of available titles and where they are available would be the cleanest path. Users vote on a weekly or bi-weekly basis to choose titles to stream. Perhaps to ensure a certain level of fairness, only select distributors and service distributors are allowed as the studios don’t need this movement the way that indies do.

Now I naturally recognize that any such poll would have to be comprehensively and painstakingly crafted and updated but the crowd is a powerful thing and its use of its time is self-determined. It can be done. That sort of viewership to little-seen films would be massive. Think about when you find discovery content and feel an almost higher-calling to let people know about it and spread the word. Here we would have the ability to do that at a massive scale and benefit filmmakers beyond occasionally getting called out on Reddit threads for “Hidden Gems”.

I will concede that there is a crucial part of this proposal that does not compare to the viral stock phenomenon – whereas the GME/AMC bagholders stood to make money, viewers would not. But in the spirit of a fair trade, money is not the only commodity. Quality of experience and the satisfaction of how you spend your time counts for something in many of the same ways. The way that art makes you feel is its own version of gainz in this situation. After all, how many times can you rewatch The Office every year?

Like any true producer, a big part of how I think is wrapped up in “big picture” thinking. Not to say we don’t get hyper and painfully granular on a constant basis but we often think in terms of how to move larger pieces to allow for a cascade of those more minute details to emerge and be realized. So I won’t necessarily profess to know where to start. At least right now. But I will profess my belief that there is an opportunity to not only give viewers a more satisfying film-watching experience on a consistent basis, but change the stars for a wide array of films that would otherwise remain obscure and in a way, lost entirely. If a film is lost in a sea of platforms, did it ever really exist at all?

AVOD could be our GameStop. If we can figure out how to mobilize and show a willingness to surrender some of our time for the benefit of others. And HODL, paper hands, to the moon, other WSB jargon, etc.