THE SHADOW OF ST. PATRICK’S by Noah Buschel

It was John Cassavetes, or so the story goes, who told Martin Scorsese to make personal films. Cassavetes had just watched Boxcar Bertha, and while he appreciated it for what it was—a solid Roger Corman B movie—he knew Scorsese had a lot more in him. A lot more to give. 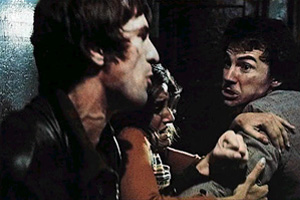 A year later Mean Streets came out. It’s a film that feels so personal that there’s a home movie quality to it. A documentary molded into a drama, shot with the most lush reds and warmest doo-wop you could imagine. The characters are so bona fide, they couldn’t be just fictional. It was radical in its use of pop and rock music and slo-mo and dollies and on and on—it changed film forever. A new style. A new substance.

It’s easy to remember the audaciousness of Scorsese’s camera moves in the pool hall fight scene—the director seemingly being dragged against the wall by the brawl and The Marvelettes pleading “Deliver The Letter! The Sooner The Better!“—but it’s impossible to forget that more straightforward and classical scene where Harvey Keitel and Robert De Niro talk in the cemetery of St. Patrick’s Cathedral. Where De Niro, in that damn leather jacket, spookily, beautifully, lies down on a gravestone. It’s one of the most poetic and stunning moments in cinema history. Right there with Kanji Watanabe on the swings in the snow in Ikiru. You maybe even start thinking of Hamlet and Holden Caulfield. With no words, Scorsese tells us about fleeting youth.

We’re all haunted by our own Johnny Boy. Some electric kid who killed himself or O.D.’d or just disappeared. But they never really disappear. Because the troublemaker who created a stir, long ago, in some of society’s more refined circles is, after all, our self.

In some ways Scorsese never touched the depth of that cemetery scene again. Then again, no one else has either. And there have certainly been movies and moments since, where Scorsese shot right into the heart. Newland Archer grazing Ellen Olenska’s hand in The Age Of Innocence. Travis Bickle’s eyes merging with Bernard Hermann’s saxophone. The haunted golden, Philip Glass meditation dissolving dream/reality sequences of Kundun. Ray Liotta at the end of Goodfellas, with his egg noodles and ketchup. Nick Nolte, The Lion, attacking a canvas while blasting “Like A Rolling Stone.” Jake Lamotta crying after taking a fall. We could go on and on, late at night, in diners. And we do. Even his ‘missteps’ like New York, New York are worth watching a dozen times.

But I remember being shocked when I saw Bringing Out The Dead. It starts off the way you expect a Manhattan movie directed by Scorsese, written by Paul Schrader, and produced by Barbara De Fina to start off. Nic Cage’s big eyes in close-up with red lights and his weary voiceover going. Then we get some urban religious imagery, Van Morrison’s “T.B. Sheets,” some Sinatra and Elmer Bernstein. Okay, so it’s feeling maybe like an imitation of a Scorsese movie, but you’re rooting for the film and Van Morrison keeps coming back to kick your ass and John Goodman is just so remarkable. But there it is, a half hour into it, your mouth drops. Because it is the first time you have ever heard Scorsese mess up music. He’s messed up a lot of things, but never music. It’s a scene where Goodman and Cage are off to an early morning emergency and R.E.M.’s “What’s The Frequency Kenneth?” comes on. And the greatest music director of them all suddenly seems… unsure. The moment feels forced and fallacious. 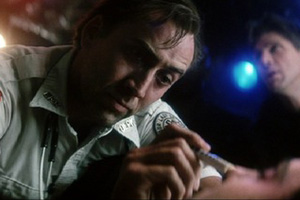 It happened again, not much later in the film. With Patricia Arquette and Nic Cage sharing a romantic moment in the back of an ambulance, Scorsese, inanely, throws 10,000 Maniac’s “These Are Days” into the mix. Maybe, I thought—half in hope and half in terror—these aren’t even Scorsese’s picks at all. Maybe some music supervisor is putting roofies in Marty’s espresso. Or Scott Rudin has a clause to pump up the soundtrack sales. At any rate, Scorsese, the man who practically invented pop/rock films, now had two scenes in one movie that felt like bad VH1 videos. If the track choices had been made with some amount of confidence… but they weren’t. It was like witnessing a shrunken Scorsese, no longer instinctual and very much pondering passing fashions.

Well, we do shrink when we get older. And it’s been suggested by more than just cocaine/adrenaline guys like Tarantino that directing is a young man’s game. Still, I don’t buy it. Not when Clint painted his masterpiece—Million Dollar Baby—at such a ripe age. And really the list of directors whose best work was made in the sunset years is long and distinguished. So I waited for Marty’s next movie. And I chalked up Bringing Out The Dead to being just one of those things, one of those uninspired things that just happens. I didn’t buy the soundtrack. 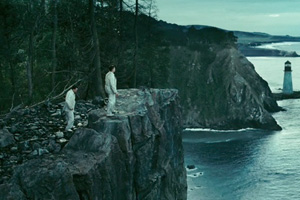 Then the DiCaprio movies came: Gangs Of New York, The Aviator, The Departed, Shutter Island. They came marching slowly through the years like glossy toy soldiers. What were they saying? What were they about? Who was making them? It was hard to say. But like Mick Jagger in Scorsese’s Rolling Stones Imax movie (Shine A Light), the line between human and robot was getting harder to locate. (A Tangent: Is Mick Jagger a robot? Did he steal Andy Warhol’s idea and clone himself to make millions and millions on the road? Is the real Mick Jagger living in an English cottage and writing Byronesque poetry and publishing the poems under a female pseudonym?)

I’m sure DiCaprio killed himself making all these movies. His work in The Departed was heartbreaking and stupendous. And I’m sure Scorsese and Thelma Schoonmaker worked their asses off to keep it all fresh. And I’m sure the world is a better place for Day Lewis’s Bill The Butcher. But all that said, there is a strange emptiness to these movies. And I don’t mean a Kundun kind of emptiness either. I mean a hollowness. They feel sorta faraway and processed.

It’s just that damn scene in the cemetery in Mean Streets, ya know? So human. But maybe once you’ve been in the industry long enough, maybe neighborhood humanity is not accessible so much anymore. Maybe that’s the sad trade-off. I think it was Ol’ Bob Dylan who drawled “You can sell your privacy, but you can never buy it back.” Still, it’s hard not to wonder what Cassavetes would have said after seeing Shutter Island. Maybe he would have applauded and seen it as Scorsese’s Vertigo, an intimate picture wrapped up in studio clothes. Or maybe, just maybe, Cassavetes would have told Scorsese to start making personal films. Again. 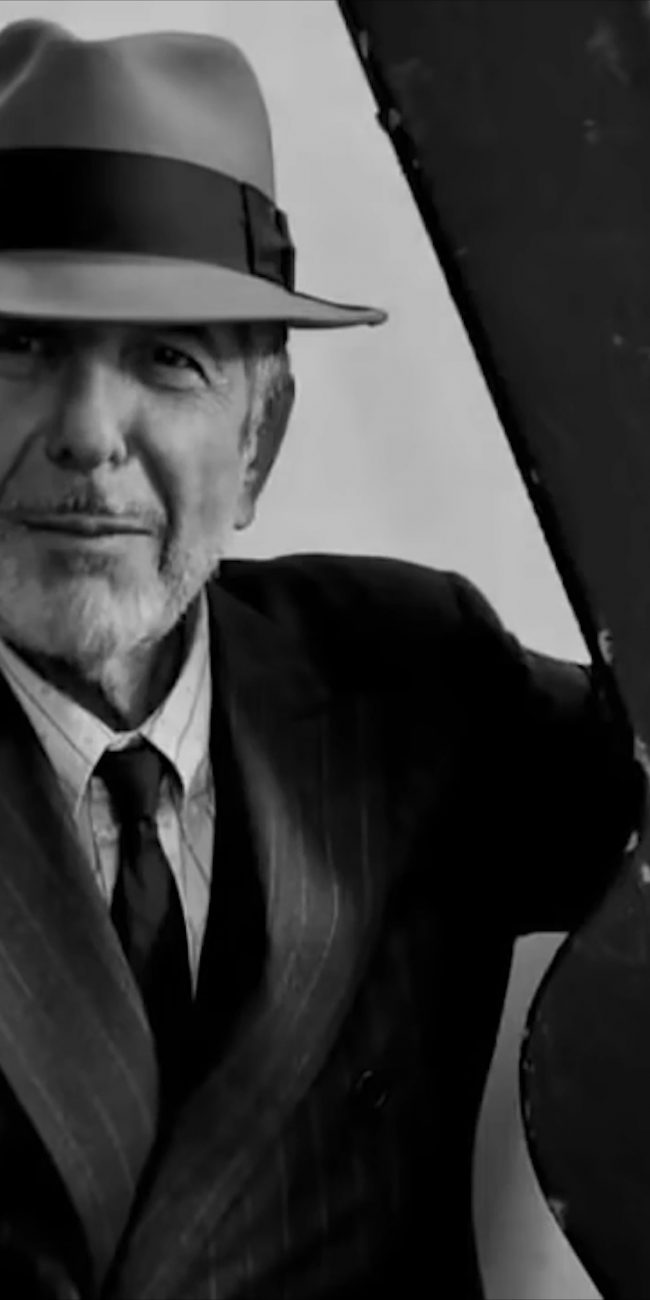