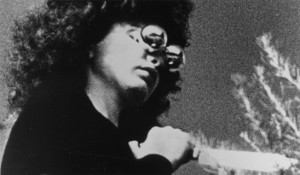 (Nick Toti fights off the creeping dread of cinematic disillusionment with the hope he’s discovered in the margins of life online. In our new column “Digital Gods,” Toti shares his latest/favorite discoveries and unpacks their various qualities. Fans of the obscure, the strange, and the unprogrammable will find a sympathetic voice here.)

In February 1946, the avant garde filmmaker Maya Deren rented out New York’s Provincetown Playhouse for an exhibition of her work. This single act of independent creation and distribution would have a resounding influence on American cinematic culture.

One of the people attending her show was Amos Vogel, an Austrian immigrant who had fled from the Nazi-infested Europe to New York in 1939. Through Deren’s work, Vogel saw that he was living in a time of miracles. Despite the horrors of life and culture, there was work being made that suggested something different. New Worlds were being created by subverting the rules and assumptions that were ruining this one.

Vogel was inspired by a simple idea: if he was interested in this type of cinema, others would be too. He would go on to found Cinema 16, one of the nation’s largest and most influential film societies and a focal-point for the rising movement of avant garde and underground filmmakers whose remarkable work was going largely unacknowledged. Through Vogel’s influence, audiences were introduced to the works of Antonioni, Franju, Bresson, Ozu, Truffaut, Varda, Polanski, Oshima, Brakhage, Anger, Rivette, Cassavetes, and more.

We, too, are living in a time of miracles.

The tools of cinematic production have never been more accessible and more voices than ever have the opportunity to be heard. Among these voices are talents that will put the Spielbergs, the Finchers, and even the Godards of the past to shame. We will witness the creation of new cinematic forms that the 20th Century masters couldn’t have imagined.

In Vogel’s time, an entity like Cinema 16 was necessary to bring adventurous new cinema to audiences. Now we have the internet, the most powerful and poetic tool that humanity has ever created, making works instantly accessible to audiences worldwide. Online, we have won great victories against censorship and the economic restrictions that hindered filmmakers in the past.

But as these old gods fall, new ones rise in their places. The miracles that we enjoy are the blessings of our new Digital Gods. Among them are the names Google, Canon, Apple, Adobe, Vimeo, and Facebook. We are able to make and show our movies thanks to the opportunities that were created by these and other corporate entities. Our work is complicit with their agendas, and we are, whether we acknowledge it or not, under constant threat of invoking their wrath.

But this is no jeremiad or call to arms. This is a celebration. The Digital Gods have given us this day to learn, to create, and to share our work with others. Let us rejoice and be glad in it! 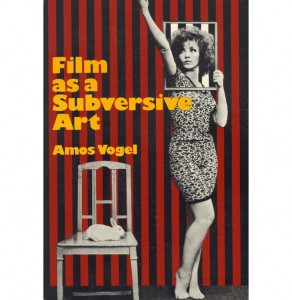 It is this tension between the illusion of absolute freedom and the reality of the digital gods that will inspire the next cinematic era’s greatest creators. Though their work may exist in the worlds they did not create, they will claim their own corners of these worlds and fill them with beautiful and troubling things. They will steal the tools from their master’s house and use them to build new houses, magic houses. These sand castles and merzbaus will defy explanation.

This is the first piece in what will hopefully be a long-running column titled Digital Gods. The intention of the column will be to seek out miraculous works that remain un- or under- acknowledged in the never-ending flow of content. This task will undoubtedly take various, perhaps contradictory, forms. Suffice it to say, the author of this series finds the work discussed to be unique and deserving of greater recognition. If this column fails to unite the underground and bolster the avant garde, then it might at least help share some qualitative experiences in an increasingly quantitative world.

But this endeavor can only be as successful as the community it serves. If there are works, dear reader, that should be considered for the Digital Gods column, please share them. If you are a filmmaker/video artist/animator/whatever else whose idiosyncratic/radical/mystical/mind-fucking/ degenerate/unprogrammable/uncategorizable work, please introduce yourself. The call for new work  is always open at:

A Conversation with Morrisa Maltz (INGRID)