A Brief Chat With Werner Herzog (LO AND BEHOLD) 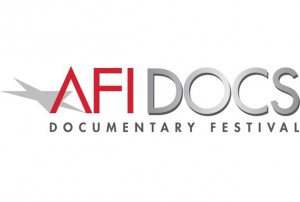 I had a chance to catch up with iconic director Werner Herzog for a few minutes on the red carpet at the 2016 AFIDOCS on Friday, June 24, 2016, to discuss his latest documentary, Lo and Behold, Reveries of the Connected World (for which I also wrote a review) which takes us on a journey through the history of the internet, social media, artificial intelligence and so much more (this is a Herzog film, after all), divided into ten chapters over the course of its 98 minutes. It will be released on August 19. Here is a transcript of our all-too-brief conversation, slightly edited for clarity. Be sure to look for my review when the film comes out.

Hammer to Nail: So, why ten chapters?

Werner Herzog: It is a coincidence that it ended up in ten chapters. It could have ended up in eleven, twelve, or whatever, because today I would like to expand it, let’s say, to include bitcoins. That’s something very fascinating, some ghost form of currency that still has value. So I don’t know; it was not planned.

HtN: Well, it certainly works as a structural device. Now, at this point in your documentary career, how much of the research do you still do, yourself, or do you have a team with you?

WH: I’ve never done research for any of my films. So I go there and I come with all my curiosity and I come as somebody who reads a lot. So it comes very easily for me to dig deeply into a person or subject or whatever is going on.

HtN: So what was the starting point, then, in this film, that led you to all the subsequent bits? 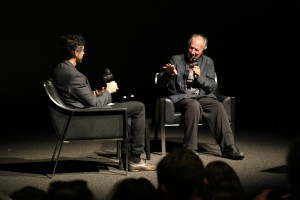 think that’s what we have to do as documentary filmmakers. And being prepared in a different way: not through endless research and then ruminating on it, and then you come up with lots of facts, but the facts do not illuminate you. You see, because I’m reading, and I have read a Prussian war theoretician – Clausewitz, from Napoleonic times – and he famously, in the 1820s, once said, “Sometimes war dreams of itself.” And I extend the question, “Does the internet dream of itself?” But it’s not a question that I made up, or so; it just came to me, because I was prepared in a different way.

HtN: So speaking of features [fiction films] vs. documentaries … early on, in your career, the balance between fiction and documentaries seemed to be more in favor of the fiction films. Then, later, it’s gone the other way. Do you have any sense as to why?

WH: No, it’s just whatever is coming at me with the greatest urgency. And sometimes, I can do documentaries more quickly because financing them is easier. They’re not as expensive as a feature film. My next five projects, however, are actually feature films.

HtN: OK! Well, I look forward to seeing them! Thank you so much for talking to me.

WH: All right. It was my pleasure.