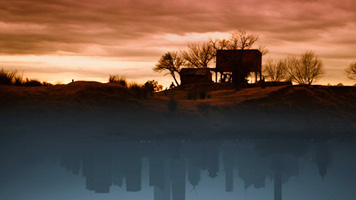 Vivan Las Antipodas! (Docurama) — This tricky, mysterious study of antipodes—places on Earth located diametrically opposite to each other—by Russian master Victor Kossakovsky (who was virtually unknown in this country until True/False gave him their 2012 “True Vision Award”) is a cinematic carnival ride of visual ideas and wonder, but it is equally adept at bringing to life the people and places its gliding camera rests on. (Robert Greene) Available on DVD

Dead Man’s Burden (New Video) — Read A Conversation With Jared Moshe to find out how this debut writer/director managed to shoot an old-school Western on 35mm with such a meager budget. Available on DVD

The Manson Family (Severin Films) — Get your freaked out on with underground director Jim VanBebber’s 2003 take on the infamous Manson murders. Available on Blu-ray

The Life and Times of Allen Ginsberg (Docurama) — Available on DVD

The Newsroom: The Complete First Season (HBO) — Available on DVD