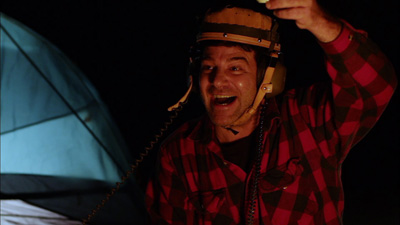 The Catechism Cataclysm (MPI Home Video) — ***Hammer To Nail’s Number 8 Film of 2011*** At the heart of Todd Rohal’s work is a very basic concept lost on today’s major theatrical audience who are hypnotized by the tired routine of familiar narrative structure. It’s so simple that it could be lost in the ether of the week’s releases comprised of cults and the continued ascension of the Catfish crew, but I’ll lay it out: Anything Goes. It’s a mindset that will definitely help you take on The Catechism Cataclysm, which is equally about God, storytelling, instrumental trance music, literature, race, the Internet, growing up, rejection, drinking beer and, ultimately, dealing with the absence of hope when your sister’s ex-boyfriend from high school is reincarnated for a brief second before God performs the equivalent of stating, “LOL! J/k.” Read John Lichman’s full HTN review, as well as A Conversation With Todd Rohal. Available on DVD 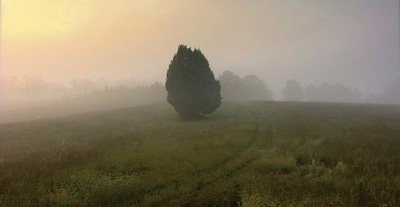 General Orders No. 9 (New Rose Window) — ***Hammer To Nail’s Number 12 Film of 2011*** General Orders No. 9 is one of those films where the adjectives used to describe it—dense, meditative, reflective, confounding—are intended as compliments, yet they will be mistaken by many for pejoratives. And while it would be stubborn and ignorant to think that everyone will respond to it with open arms, its refusal to speak to anyone except itself is what makes it stand proudly on its own mountain. This first film (how is that possible?!) by Robert Persons is a thoroughly absorbing, hypnotizing experience. Persons’s lifelong passion for the arts—painting, poetry, literature, cinema—is reflected in each and every frame. And while one could write tomes about it, ultimately General Orders No. 9 must be experienced for oneself in order to truly grasp what Persons is saying. Read the full HTN review, as well as A Conversation With Robert Persons. Available on DVD. (*Note: The film will be available for purchase on DVD

at Amazon through Passion River Films on March 20th.) 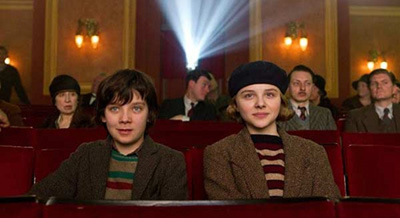 Hugo (Paramount) — I don’t know about you guys, but I personally had a blast watching Martin Scorsese’s sprawling ode to childhood innocence and cinema. Hugo is without question the world’s first ever big-budget work of Celluloid Propaganda!, and for that reason alone, I am 100% on its team. Available on DVD

The Myth of the American Sleepover (MPI Home Video) — It’s easy to be judgmental about the characters of David Robert Mitchell’s teen drama, The Myth of the American Sleepover, about the escapades of several adolescents on their last night of summer. You can judge one girl for betraying her friend for their shared object of affection; or one guy for stalking a pair of twins whom he once had a crush on. But to do so would be to sell the film and its characters short. The Myth of the American Sleepover isn’t about actions and events, but moments and gestures. Through the impressionable eyes of a handful of youths, we undergo the far-off anxieties of anyone entering adulthood. We witness the unsettling prospect of maturity, inexpressible emotions, small betrayals and large ones, and an underlying excitement in the face of it all. Read Daniel James Scott’s full HTN review, as well as A Conversation With David Robert Mitchell. Available on DVD

I Melt With You (Magnolia) — Or as I prefer to call it: Bro Down In Big Sur. Available on DVD