(Distributed by IFC Midnight, The Catechism Cataclysm is now available on DVD

and at Amazon Instant through MPI Home Video. It opened theatrically at the IFC Center on Wednesday, October 19, 2011, and became available on VOD beginning October 26th. NOTE: This review was first published on October 20, 2011, as a “Hammer to Nail Pick of the Week” at the Filmmaker Magazine blog.)

At the heart of Todd Rohal’s work is a very basic concept lost on today’s major theatrical audience who are hypnotized by the tired routine of familiar narrative structure. It’s so simple that it could be lost in the ether of the week’s releases comprised of cults and the continued ascension of the Catfish crew, but I’ll lay it out: Anything Goes. It’s a mindset that will definitely help you take on The Catechism Cataclysm, which is equally about God, storytelling, instrumental trance music, literature, race, the Internet, growing up, rejection, drinking beer and, ultimately, dealing with the absence of hope when your sister’s ex-boyfriend from high school is reincarnated for a brief second before God performs the equivalent of stating, “LOL! J/k.”

Father Billy (Steve Little) doesn’t appear to be able to grasp what’s going on outside of his own viewpoint. As such, we’re introduced to him in a Bible reading group as he relates a story of an elderly woman at a supermarket who, upon coming out, finds some hoods who she thinks are stealing her car. The woman just happens to have a gun on her. She scares off the hoods and gets into the car only to discover it was their car all along! Back in the church, one parishioner asks, “What’s that have to do with the Bible?” Of course, it has as much to do with Father Billy watching random YouTube clips as it does with Father Billy’s point that anything goes when it comes to crossing boundaries and concepts. On a forced sabbatical from the parish, Father Billy reconnects with Robbie (Robert Longstreet), the completely unaware schmo who once dated Billy’s sister back in high school and is now about to undergo a day of obscure weirdness and paddling down a river since there’s nothing better to do. 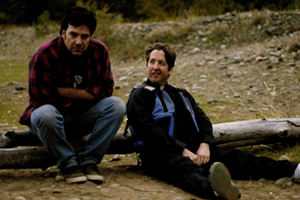 The heart of The Catechism Cataclysm isn’t weirdness; it’s recognizing the societal strangeness that haunts us from middle school until we think back onto what happened to the various phantoms we’ve forgotten. A lot of what Father Billy recites is silly conceptual talk, but after reconsidering it through the eyes of a group that never recovered from high school, it sinks in that he’s referencing more than the unexpected; Father Billy is the best of us who’ve never come to terms with our past. In fact, even as Robbie realizes he’s never taken off the t-shirt of the band that never went anywhere, it is a refreshing shock to realize that Rohal is delivering both a bombastic joke and a stark real-world commentary at the very same time. Of course, Rohal pushes his almost surrealistic humor to the extreme, in the guise of two Japanese women (Miki Ann Maddox and Koko Lanham) who are invoking the journey of Huckleberry Finn with a man whom they have rather uncomfortably named Jim (Rico A. Comic). 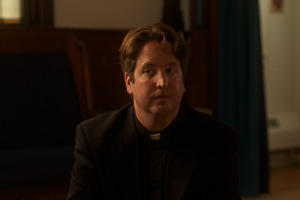 Storytelling is a central theme in Catechism, primarily since Father Billy can’t tell one to save his life. Every anecdote and parable has an ending that inevitably makes little to no sense, such as the star-crossed love story between a woman and a man who happens to be buried in an overpass support pylon except for his uncovered face. A lot of what Rohal plays with is mocking the pre-established notions of plot. Instead, he delights in toying with where narrative can take an audience, even if it is into the absurd. Toward the end of the film, he takes a massive turn for the strange that veers from scene wipes featuring black metal toward a Japanese soundscape that recalls the stuff of Shinji Aoyama’s Eri Eri rema sabakutani. But that’s way beside the point, as Rohal sends his basic message with the film’s tagline: “God will fuck you up.”

The Catechism Cataclysm isn’t a vengeful attack, nor is its purpose easily interpreted. Much like the non-sequitur stories that Father Billy relates as hopeful parables, there’s never any understanding or morale behind what this movie is. There is, however, plenty of thought that comes across when we take into account why Robbie is so willing to join Billy, despite the fact he can’t even remember who he is until the film’s insane third act. It’s a desire to see what comes next, even if everyday life is nothing more than sound-checking guitars and driving a Zamboni. It’s about finding the end of the journey, no matter what happens if God is merely out there to fuck shit up in the form of two homicidal Japanese tourists with a Mark Twain obsession, or if your head is destined to be exploded and replaced by a rock.

Actually, in a weird way, that is a moral. 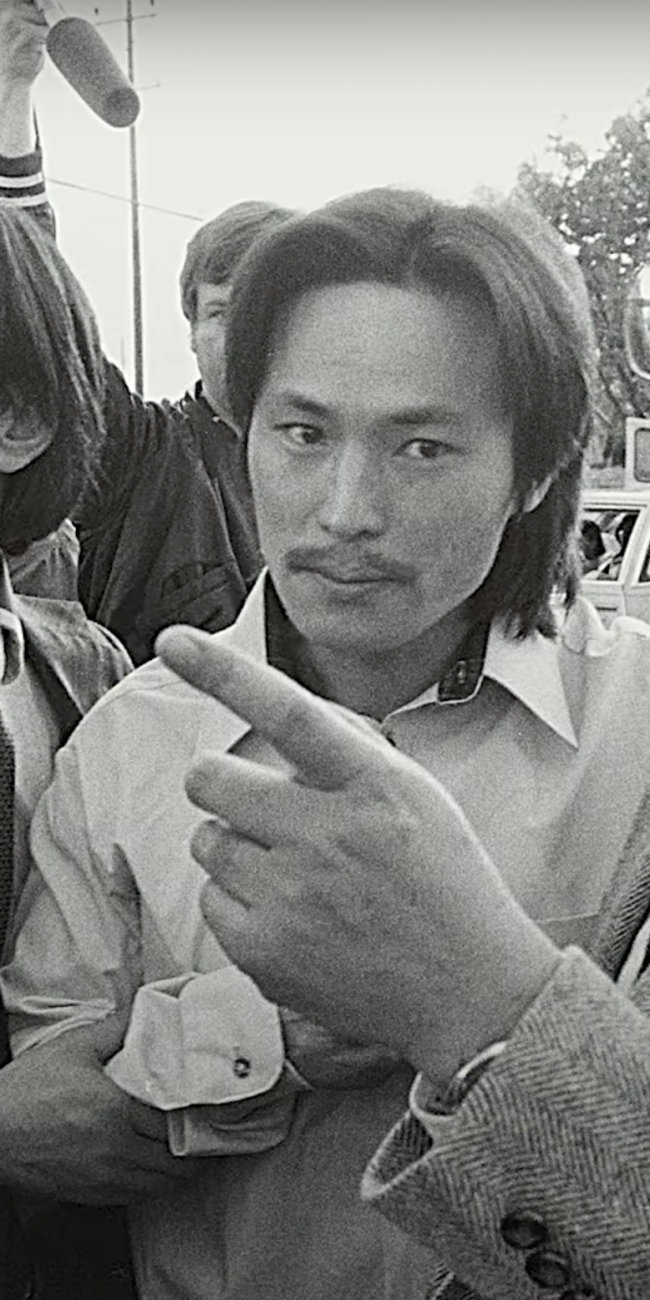