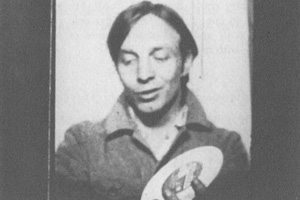 David Holzman’s Diary: Special Edition (Lorber Films) — You would be hard-pressed to find a film that feels more predictive than David Holzman’s Diary, Jim Mcbride’s low-key 1967 masterpiece about a young experimental filmmaker who stumbles into questionable ethical territory when he decides to record his own life. It’s impossible to know who has seen this hard-to-find, gleefully petulant mockumentary, or when. But once you’ve watched it, its stamp glows on everything from The Blair Witch Project to Igby Goes Down. Is it every filmmaker’s best-kept secret influence or did Mcbride and his collaborators see a future of webcams, reality TV and Slacker culture long before the masses? Read Lena Dunham’s essay, then buy it on DVD

Jane Eyre (Universal) — Though its windswept plains and hidden-away rooms are striking, Jane Eyre‘s most fascinating locale is its title character’s mind. Cary Fukunaga’s adaptation of the 1847 novel by Charlotte Brontë is colored first and foremost by its heroine’s imagination, something that instills the film with an eerie and unnerving energy from its first few moments. The young auteur has an eye for imagery and, what’s more, puts it to good use in enhancing—rather than distracting from—his larger aim of weaving a visual, aural, and thematic tapestry: Jane Eyre‘s lush sensorial arrangements create an immersive sense of the ethereal, of what’s there but isn’t. This comes most explicitly in the form of Jane’s hallucinatory visions–which set the stage early on for a milieu consisting as much of internal wandering as external happenings–but its more subtle threading throughout the rest of the film is what makes Jane Eyre so distinct as a cinematic experience. Read Michael Nordine’s review, then buy it on DVD

New/Old To DVD/Blu-ray Releases Of The Week

The Killing (Criterion) — Not only does is this release filled with supplements related to The Killing, but a restored version of Kubrick’s 1955 Killer’s Kiss is included as well. Buy it on DVD

Cul-de-Sac (Criterion) — Buy it on DVD

John Carpenter’s The Ward (Arc Entertainment) — Buy it on DVD

Queen To Play (Zeitgeist Films) — Buy it on DVD