(We here at Hammer to Nail are all about true independent cinema. But we also have to tip our hat to the great films of yesteryear that continue to inspire filmmakers and cinephiles alike. This week, our new addition to the site, “The Curbside Criterion” continues where HtN staff can trot out thoughts on the finest films ever made. This week Brad Cook dives into the new Blu-Ray release of Ikiru, the classic Akira Kurosawa film about an elderly mans last days.)

I wonder if anyone involved with the TV series Parks & Recreation drew some inspiration from Akira Kurosawa’s 1952 film Ikiru. The Kafkaesque, byzantine nature of City Hall, the young woman who mocks her role in the city’s bureaucracy, the quest to build a park on a dump: There are some elements that I could see serving as jumping-off points, much like the bickering peasants in The Hidden Fortress inspired the droids in Star Wars.

Yes, one is a funny mock reality TV show and the other is a serious examination of a bureaucrat dying of stomach cancer and trying to find meaning in his final days, but that’s how the seeds of inspiration work: They may grow into something very different from the work of art that dropped them.

Another thought that occurred to me: The more things change, the more they stay the same. That’s true of the themes in so many classic films, and it’s a maxim that’s on full display here. Japan has its unique cultural norms, but its government bureaucracy really isn’t much different from what we experience in the United States, and I imagine that’s also true in most first world countries. Human beings love to create organizations, make rules for how those organizations work, and then confound the outsiders who try to interact with those organizations. It’s a timeless strategy for those in power to ensure they stay there.

About the movie: Kurosawa mainstay Takashi Shimura plays Kenji Watanabe, a City Hall bureaucrat who has spent 30 years stamping papers and shuffling people through the system. His wife died a long time ago, and his son is mostly interested in how his father’s impending retirement account can help him and his wife buy a house. When he goes to the doctor about stomach problems, a fellow patient tips him off that if he’s told it’s a mild ulcer, it’s probably really stomach cancer.

When Watanabe receives that dreaded diagnosis, he encounters the kind of obfuscation that City Hall regularly inflicts on the local populace: The doctor and the nurse will say nothing more and insist that he simply needs to be careful with his diet and take some medication. He’s sent on his way with his death sentence, and soon Watanabe has an awakening that inspires him to stop showing up to work, leaving his fellow bureaucrats to speculate about what has happened to him.

While drowning his sorrows in a bar, Watanabe meets a writer who takes him through the seedier parts of the city; at one point, he sings a sorrowful song in a bar. After his hat is snatched, he buys a new white one that becomes a symbol for his change, and the next day he encounters a woman from work who has decided to quit her job because she thinks it’s stupid. He begins spending time with her, but his intentions are purely platonic, despite her suspicions otherwise. His son and his brother, who have not been informed of the diagnosis, think otherwise too, and soon Watanabe is seen as a lecherous old man preying on a young woman. He doesn’t care.

Kurosawa then employs a unique narrative shift and the rest of the story takes place after Watanabe’s death. During his wake, his relatives and co-workers try to understand his final days, which were spent breaking through the City Hall bureaucracy to get a park built where a pool of sewage has been posing a health hazard to local children. The beginning of the story portrayed a group of women getting the run-around while trying to deal with the problem, and Watanabe uses the end of his life helping them break through the maze that he had once helped keep in place.

The end of the film doesn’t place a nice neat bow on the narrative, instead showing us a police officer who encountered Watanabe in the park sitting on a swing and singing that mournful song he had sung earlier. Like any great movie, Ikiru simply presents a series of final story beats that leave us to ponder Watanabe’s fate and the legacy he left behind.

As with Criterion’s other Kurosawa releases, this is one of those “film school in a box” editions that takes a scholarly approach to examining the director’s work, starting with a discussion track by recurring Kurosawa commentator Stephen Prince. The commentary covers not only the movie’s artistic merits but also the socio-political environment in post-war Japan, where people were still trying to rebuild their society just several years after nuclear bombs were dropped on Nagasaki and Hiroshima.

Also included are two documentaries, A Message From Akira Kurosawa: For Beautiful Movies (82 minutes) and Akira Kurosawa: It is Wonderful to Create (42 minutes). The former is an overview of the director’s storied career, with plenty of comments culled from various interviews with him. The latter is an overview of the making of Ikiru pulled from It is Wonderful to Create, which is a series of documentaries about his movies – It has popped up on many other Kurosawa releases from Criterion.

The film’s trailer is also included, along with a small booklet that has essays by Donald Ritchie and Pico Iyer. Ritchie’s piece is from his 1965 book The Films of Akira Kurosawa and Iyer’s is an essay written this past August looking back on the movie’s legacy. 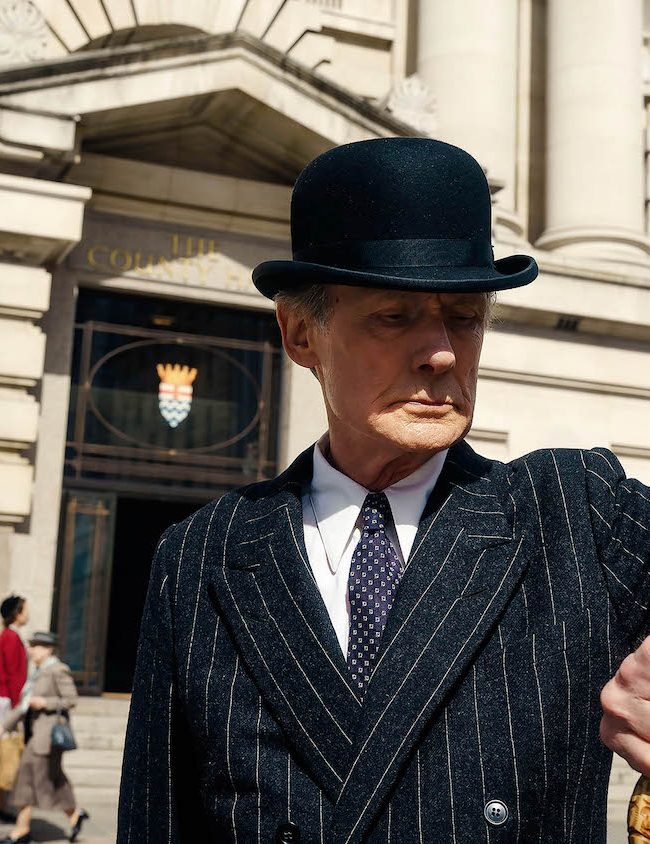