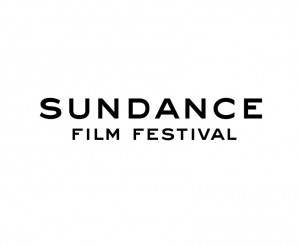 Sundance Artist Services recently held their first workshop in Philadelphia. For those of you who aren’t familiar, the vague-sounding Artist Services is a part of the Sundance Institute, and offers what they term “tactical distribution support and strategy” to Sundance films and projects. The sense I get is that Artist Services was launched to provide alternatives for the many Sundance films that don’t make (advantageous) sales to distributors. But they’ve taken the mission far beyond the Sundance family. Over the past few years Artist Services quietly started rolling out workshops around the United States (and Mexico) that are centered around sharing knowledge and resources on distribution. What a strange and wonderful thing! Sundance has always offered a wealth of resources to filmmakers, but only those who are chosen, and as everyone knows competition is extremely fierce (it’s easier to get into Harvard than get a film into the Sundance Film Festival, yada yada). Sundance is a brand of curation and exclusivity, but Artist Services workshops are free and open to the public, which is an interesting and democratic veer to the left. Through their partnership with the Knight Foundation they are able to offer these workshops to a truly diverse community of filmmakers.

Led by the Sundance Institute’s Chris Horton and Joe Beyer, the day was structured as a series of short presentations and conversations between filmmakers and various partners in distribution. The structure is deliberate, alternating useful tools and information with candid narratives of experience from filmmakers. It really was a workshop (not a series of panels) and was intended as an actionable guide. Throughout the day we were repeatedly encouraged to ask questions and participate in the conversations. So in the egalitarian spirit of Artist Services I thought I’d share some of my thoughts and impressions as well as some of the solid advice from the Philly workshop. Here they are, in no particular order… 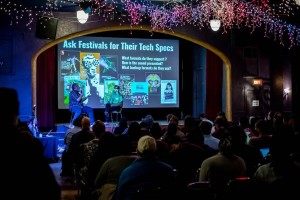 The level of honesty was almost bizarre. Chris and Joe had no qualms about dismantling the myth of Sundance, the Willy Wonka golden ticket dream: premiere at festival, ignite bidding war, sell for $$, go to Hollywood. That can be a reality, but usually only if you’re selected by the Hollywood phalanx of agencies and influencers. The definition of “break out” is “suddenly and extremely popular or successful,” but also “a forcible escape, typically from prison.” Something worth noting.

The filmmakers acknowledged their good luck, but it’s luck that came after years of hard work (anecdotally, something I’ve gleaned from years of tracking filmmakers – ten years seems to be about the average time it takes to get that “lucky” break). Every once in awhile a ferocious talent burns onto the scene, but mostly indie darlings are made not born. Mark Duplass made a similar point in his 2015 SXSW Keynote where he repeats “the cavalry isn’t coming” like a mantra. The tone and language at Artist Services were brighter and tempered by optimism but the message was the same.

In a conversation about the distribution of his documentary (T)error, filmmaker David Felix Sutcliffe got fiery about it, insisting that “the film industry is not a meritocracy” and “nepotism is a fact,” and warned us against the “sharks” looking to profit off our labor. Chris chimed in, calling himself “a recovering sales agent” who considers them “a blessing and a curse.” In the case of (T)error, Sutcliffe and his co-director Lyric R. Cabral had pre-sold domestic broadcast rights to ITVS so an all-rights deal was not possible, but they were able to sell the doc to Netflix. They turned down deals that wanted to take a percentage of the Netflix money to pay for a theatrical release, opting to work with The Film Collaborative on the theatrical release instead. Chris pointed out that contrary to popular belief filmmakers can and should try to carve out certain rights, especially in the face of paltry all-rights distribution offers.

Deep Thoughts
Ah, crowdfunding. We’re all so excited about it. But I think Jack Handey said it best: “It’s easy to sit there and say you’d like to have more money. And I guess that’s what I like about it. It’s easy. Just sitting there, rocking back and forth, wanting that money.” The filmmakers cautioned that running a campaign is a ton of work, but orchestrated efforts can really pay off. George Schmalz from Kickstarter was on hand to offer some good intel and advice about the platform: 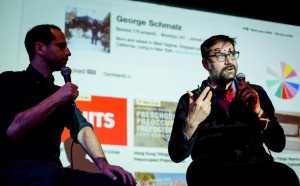 Eat Your Vegetables
This is the unsexy but crucial stuff that can make or break a production. Holden Payne of the Sundance Institute offered some helpful technical specs, like shoot and edit in 24p, and that (unencrypted) DCPs have basically replaced HDCAM and 35mm as the standard festival exhibition format. He also advised not to get hung up on resolution. At the Sundance Film Festival only four out of twenty three screens are 4K, and his perspective is that the industry is largely ignoring it and waiting for 8K.

Scott Raker of Fractured Atlas offered a primer on insurance, covering both production and post concerns like E&O (errors and omissions). The takeaway for filmmakers is to get short term insurance for one-off productions, or if possible team up with a production company to work under their annual policy, but you will need insurance to cover things like equipment and vendor rentals, locations, worker’s compensation, and of course to reduce liability and financial hardship in case things go kaputt. E&O insurance will be required by any distributor and basically addresses the risks of having your content in public, covering the intellectual property and protecting against defamation. To get E&O insurance you will need a title search report and an attorney’s clearance letter, and according to Scott the insurance will cost between two to five thousand dollars.
Plan and budget for these unsexy things.

12 Steps
Outside of financing, distribution is the largest dilemma facing independent filmmakers, and two of the day’s guests addressed it directly. Jordana Meade of Starz Entertainment talked about options in the world of VOD. Her pragmatic point was that filmmakers need to gauge and understand the value of their films from the prep stage onward. If your primary interest is in selling your film then think carefully about casting. If it’s about your visibility as a filmmaker focus on aesthetics. She also echoed advice I’ve heard over and over – be sure to get hi-resolution still photographs during production, and if possible schedule time for B-roll footage. Platforms like iTunes are looking for “a compelling package beyond the film itself” because extras like that drive HD sales.

An audience member who seemed slightly rattled by all this marketing speak asked why filmmakers can’t just focus on the work rather than building “buzz.” I can see where she’s coming from – lately directors seem less like effete auteurs and more like traveling shoe salesmen. I’m not sure how all this “liking” and “friending” is shaping the stories being told. Joe’s honest response? “The paradox of choice is real. Set yourself up for success.”

The most exciting part of the day was the deft presentation on Vimeo On Demand by Peter Gerard. I’ll admit I wasn’t all that familiar with this “DIY iTunes” aspect of Vimeo, but with their recent acquisition of VHX there’s a possibility they’ll grow into a definitive distribution option for independent filmmakers. For one thing, they offer what Peter called an “epic” 90-10 split of revenues. He also shared his “12 Step Program” on how to succeed on Vimeo, which included a lot of great advice: 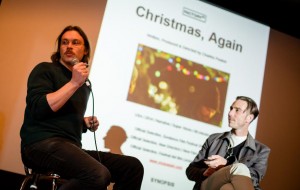 If A Christmas Tree Falls In A Forest
Something that has puzzled me is that for whatever combination of reasons most of the (successful) creative distribution case studies are on documentary films rather than fictional narrative films. Are audiences not finding these films? Are they a harder sell than docs? I think this will change, it’s just a matter of time and finding a workable business model. There are a lot of very smart, dedicated people experimenting with strategies and I think the future is promising. But based on the numbers, for now it seems prudent to keep budgets and expectations low.

At the end of the day Charles Poekel presented lessons from the distribution of his narrative feature film Christmas, Again. Artist Services published the case study online so I won’t go into detail. But Poekel offered some succinct and blunt advice that was a nice summation of lessons learned: “Never assume that you don’t always have to hustle, even if you’re paying someone. You have to be involved, it’s part of your job.” So go forth and make great films, then go home and get your shinebox. Those shoes won’t sell themselves.