This year, the Sun Valley Film Festival turned five. My own experience with film festivals has taught me that slow and steady is the best (make that only) way to sustain the race, and the powers-that-be at Sun Valley—for starters, Executive Director Teddy Grennan and Director Candice Pate—seem to understand and respect that concept. While SVFF had a few new tricks up its sleeve, overall the 2016 edition took another sturdy step forward simply by preserving its already successful template and gradually expanding upon it.

Last year, my only real criticism of the fest was that the SVFF seemed slanted in favor of the conversations and panels that take place throughout the long weekend as opposed to the movies themselves. Yet this year, every single screening I attended was either full or just about full, effectively flushing that concern down the toilet. 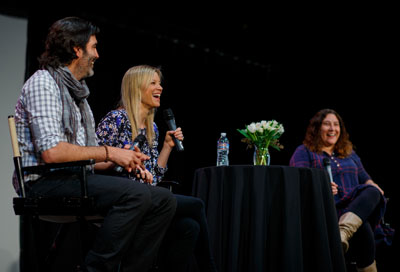 Regarding those panels and conversations, I unfortunately didn’t get to catch as many as I wanted (in particular, I missed out on the Coffee Talks with Oliver Stone and Chris Moore, the Screenwriters Lab with Mark Duplass, and the Salon conversation with Cassian Elwes), but the Coffee Talk that I did attend, hosted by Variety’s Milana Saval and featuring actress Amy Smart and television personality Carter Oosterhouse, was quite pleasant. It mostly centered around how this married celebrity couple, which leads such different individual lives within the entertainment industry, is able to maintain a stable and healthy relationship. Both Smart and Oosterhouse were refreshingly candid about the difficulties inherent in their chosen life paths—which came as a shock to those in the audience who apparently must not work in da biz—but they delivered these bracing truths without turning the affair into a pity party.

While I left on super-duper-painfully-early Sunday morning and therefore missed Oliver Stone’s Coffee Talk, I didn’t miss out on Stone. My own personal highlight of the fest had to be the Q&A I was lucky enough to moderate after the director’s cut of Natural Born Killers screened on Friday night. I’d never met the notorious man before, and when I gleefully informed him before heading to the theater that at least 85% of the crowd was seeing the film for the very first time, he recoiled. I quickly thought “ruh-roh!” before assuring him that this was an exciting—though admittedly surprising—development. I meant it, and he seemed to relax. 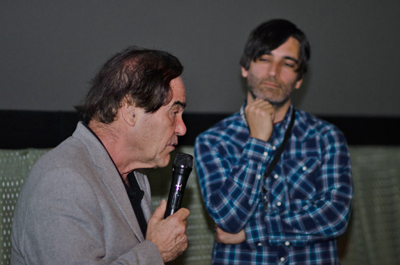 When the lights came up, the crowd seemed as taken aback as I was as to how painfully prescient NBK has turned out to be (I revisited it the day before to prepare, which was my first time seeing it since its opening weekend in 1994). I asked Stone about Tommy Lee Jones’s utterly unhinged performance, and he said that the coiffed hair and other weird bits were all from the demented brain of TLJ. He went into a bit of a dream haze recalling how the whole cast was bonkers, and as he began to list the names—Harrelson, Sizemore, Peak Drug-Injected Downey Jr.—I wondered if there ever has been such a full-throttle lineup of crazies in movie history (to clarify, Stone made sure to include himself in the list). Towards the end of the conversation, someone asked a pretty harsh question, to the effect of, “Do you think your movies have done actual harm as opposed to good?” To which Stone won my full respect by saying that frankly he didn’t think movies had that kind of power in either direction. But when I joked that I’d hoped we’d be ending on a note of positivity and this was kind of depressing, he took the microphone back and said the mere fact that his 22-year-old film had just entertained a large group of people and made them think and talk was a beautiful thing. Halle-fuggin’-lujah, Ollie.

My primary purpose for attending the 2015 SVFF was as the host of their first ever Film Lab, in which the filmmakers behind a yet-to-be-finished film screened a rough cut for audiences and shared stories about the production (the inaugural edition featured Jim Sadwith’s Coming Through The Rye). This year, the festival upgraded in two ways. First, by having Sundance’s Director of Programming Trevor Groth take the reins. And second, by turning the Film Lab into a contest, in which two unfinished features screened and the audience voted on which project they felt deserved the jackpot of a $5,000 prize to help finish their movies so they could finally see the light of day in the real world. This year’s winner was Takuji Masuda’s Bunker 77.

One of the festival’s main sponsors is National Geographic. This partnership differentiates the SVFF from so many other regional festivals, creating multiple screenings of NatGeo films, conversations (such as with investigative reporter Bryan Christy), and the Wild To Inspire contest. Of course, my interests are more aligned with the independent feature film universe, and this year’s lineup, assembled by Programming Director Laura Mehlhaff, was bold and invigorating, particularly when it came to truly independent low-budget American work. Trey Edward Shults’ excellent Krisha screened after having just won a Cassavetes Award at the Spirits, and I was bummed to have missed out on The Fits and Reconquest of the Useless (as well as many more). Here are some reflections on the work that I did see…

The first closing card of Ma, which won the One In A Million award for narrative, reads “Written, directed, and choreographed by Celia Rowson-Hall.” It’s that final credit that distinguishes this daring work from, well, just about anything else I can think of. The word “visionary” is perhaps overused in our bloggy modern world, but in this case, it applies. Rowson-Hall didn’t just write and direct and choreograph Ma, she also stars in this mesmerizing  puzzle as a modern day Virgin Mary who appears in the desert and winds up in Las Vegas. To be completely honest with you, dear reader, I can’t explain what Ma is about, not in the slightest, but the sheer impressiveness of filmmaking on display, as well as the complete lack of regard for traditional storytelling, won me over. It’s not often that a low-budget film can cast such a genuine spell. 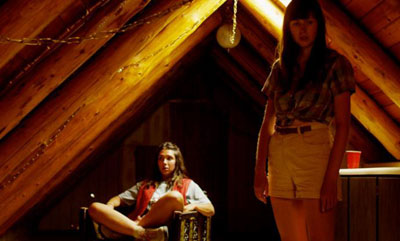 As with Ma, it might make as much sense to treat Jaffe Zinn’s Children as an installation in an art gallery as a movie in a movie theater. Starring Kate Lyn Sheil and Samantha Jacober, Children follows two young women who make their way through the backwoods of rural America on a religious mission that doesn’t fully reveal itself until our worst suspicions are confirmed. Zinn and his primary collaborator Sterling Hoch manipulate landscapes both visual and sonic, instilling an atmosphere of increasing dread that transcends the production’s meager budget. If the pitch “Gerry meets Mother and Son” sounds enticing, sit back and let Children warp you into submission. 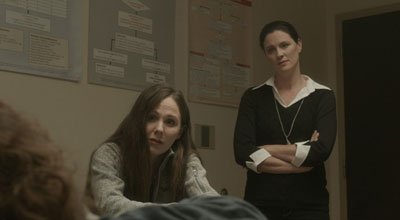 Did a 24-year-old male really direct this movie? Like, really? If that is indeed the case, then consider me gobsmacked. Robert G. Putka’s MAD is like the spunky Midwestern cousin (Cleveland, to be exact) of Drew Tobia’s See You Next Tuesday; both are American micro-budget character pieces that make you want to punch and hug their protagonists in equal measure. While there’s nothing noteworthy about the filmmaking on display in this hilarious drama about two combative sisters and their suicidal mother, MAD nonetheless triumphs due to the top-notch work of its across-the-board outstanding cast (most notably: Maryann Plunkett, Jennifer Lafleur, Eilis Cahill, Mark Reeb, and Chris Doubek). With performances like these, who needs millions of dollars? Note to the Spirit Awards committee: I dare you to give MAD the 2017 Robert Altman Award. 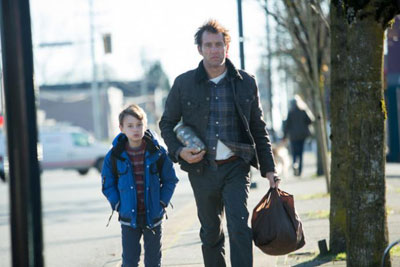 I was also asked to moderate the Q&A with Bob Nelson after the world premiere of his The Confirmation (which opens in select cities and on VOD on March 18th). Nelson’s feature-length directorial debut—following his Oscar nomination for Best Original Screenplay—plays like Nebraska meets Two Days, One Night. While this is without question one of those star-studded festival crowd-pleasers in which an overriding sweetness softens any raw edges, The Confirmation nonetheless hits its familiar marks well. More importantly, it has some genuinely laugh-out-loud moments, the best of which being when leather-jacketed tough guy Tim Blake Nelson barks at his kids, “How many times do I have to tell you that these guns I give you are not play things?!”

The waning nighttime hours of my long weekend in Idaho summed up why film festivals are great and why the Sun Valley Film Festival is a particular treat. At around 10pm on Saturday night, just seven hours before a cab would be driving me to the airport to begin my journey back to Austin, I was hanging out in a fancy restaurant on top of a stunning mountain when Oliver Stone came up to me and thanked me for the previous night’s Q&A and told me that I was “very good looking.” More than once. Three hours later, I was standing on Ernest Hemingway’s grave, drinking a quart of Tecate with friends old and new. The weekend was complete.