So scribbles Leonard Cohen on the tile above his bathtub in the 1965 documentary Ladies and Gentlemen, Mr. Leonard Cohen, a Canadian National Film Board production which won a Genie Award in the “TV Information” category (this is relevant). Cohen watches the footage of himself in the tub and says he felt the need to be a sort of double agent, participating in the film and yet warning the audience about “the con.”

(I don’t know if there’s a significant difference between a double agent and a devil’s advocate, or whether my brand of gauntlet-throwing and provocation is attention whoring, self-glorifying or ultimately for the edification of others. I report what I see and experience, provided it can be worked into whatever pot I’m stirring. As I live-tweeted illustrious infotainer Serge Bromberg’s one-ring circus during the 54th San Francisco International Film Festival, I was told I was propagating his inaccuracies. I like this because it illustrates the extent to which I’m not a journalist. And now you have my caveat too.) 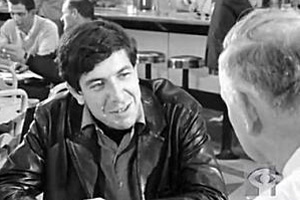 This remarkable if unassuming (like Cohen himself) documentary played as part of a program called New Skin For The Old Ceremony, in which Bay Area musicians covered Cohen’s songs between works of shall-we-say cinema. As SFIFF programmer Sean Uyehara introduced the curator of the eponymous video-artist anthology that anchored the event, he suggested that it was generous of said curator to allow the program to be shown this way, as if excavated from Hammer Museum and put on display for a less sophisticated demographic, or tainted by a somehow corrupting context. I imagined a tiny stage inside the Internet where a programmer surrogate was saying to a filmmaker surrogate, “Thanks for letting us stream your film online, I know it’s a risk.” I’m not sure how much tugging this particular thread can withstand. Contexts are running together; the disambiguation of media and venues has become a matter of splitting hairs. Everything you’re watching, no matter where you’re watching it, is shall-we-say cinema.

When I wrote a centerpiece on web cinema for a Canadian arts magazine several years ago, I started by admitting that the nomenclature in such discussions had been so nebulous that we had to define what it was before we could talk about it practically or philosophically, and of course that period of definition-making was where we always got lost. Eighty percent of the conversation had been spent determining whether we could have a conversation—a biblical curse on our house. Well, it seems we no longer need to play Scrabble to figure out what we mean—or, rather, all the tiles are blank on both sides. The answer you come up with is your answer and can’t be emulated or challenged by anyone else. Each mode or model of shall-we-say cinema has a little breathing room: cable VOD, festivals, content players (e.g., Roku), Internet streaming, bit torrents, DVD, theatrical. It’s all more or less viable. Inevitably the rumble in the rubble will continue—this or that prognostication on this or that panel will catch fire but it has only so much room to burn in any given direction. Speaking of burning, imagine how refreshing it was to hear Bromberg say “I have no idea where it’s going” when pressed by fellow archivist Rick Prelinger about the future of cinema. Not everyone poses as an ideologue; not everyone exaggerates his stake. Bromberg may be part Indiana Jones, part James Bond and part televangelist, but his vocation has strict parameters and he isn’t a phony. He represents vital action without the burden of ideology. He’s an animal. 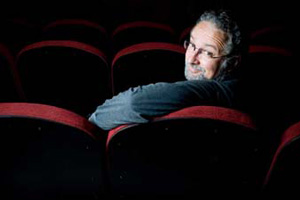 I’d seen guest lecturer Jean Michel Frodon before—a week of meandering discussions with fellow Cahiers du Cinema alum Olivier Assayas at PFA—and though I couldn’t recall his general thesis, I remembered him as platitudinous and archaic. In short, I knew that Frodon’s SFIFF master class, titled “The Critic’s Response and Responsibility,” wouldn’t help the crowd get their film blogs up and running. I checked the event’s live Ustream feed during the part that coincided with my kids’ bath, just in time to hear Frodon say that films “need the theater to be labeled as a work of cinema. The act of filmmaking is about aiming there [big blank white screen behind him] even if you’re not going to watch it there.” Fuzzy if picturesque logic. Contra Bromberg, this is ideology for its own sake. This is side-taking without any skin in the ceremony. (This, you might be thinking, is the academic’s curse and always has been, and Bromberg is merely the exception that proves the rule.)

Earlier that day Edward Burns had spoken at the Soho Apple Store. His tenth feature, Newlyweds, made for $9000 on a DSLR, was playing as part of Tribeca Film Festival. “Why would we gamble on theatrical, rather than just go on iTunes? I don’t think we’ll ever go back to theatrical.” Burns had not aimed at the thing Frodon said he was supposed to be aiming at.

San Francisco is the land of a certain kind of cinephile. Let’s call them the as-it-was-intended-to-be-seen crowd. This reactionary orientation to technological upheavals was sympathetic in the early 1990s when James Cameron was releasing his films pan-and-scan on laserdisc and including long printed letters to consumers explaining why letterboxing was foolishness. Home video technology galumphed to a new norm over the following decade: the supplement-soaked, letterboxed DVD. Digital acquisition, digital editing, digital exhibition followed. At this point the celluloid supremacy groups are grasping at straws. I didn’t see a single glitchy digital presentation at SFIFF whereas nearly everything projected on film hiccuped here and there, sometimes without remedy. But fer crissakes don’t tell the as-it-was-intended-to-be-seen crowd that the earth is round. The 1965 Cohen doc was made for TV and exhibited without proper masking. Not as it was intended to be seen. Some cinephiles have wet themselves over the 1.33:1 aspect ratio of Meek’s Cutoff despite the fact that it’s been exhibited without proper masking. Not as it was intended to be seen. Raul Ruiz made Mysteries of Lisbon for television, but it’s only been glimpsed in a truncated version at festivals. Not as it was intended to be seen. Rainer Werner Fassbinder’s World On A Wire screened on HDCAM at the Kabuki and on a 35mm print struck from the 16mm negative at PFA. Decisions, decisions. I took the digital. Even on film it was screening as a transfer, and this epic, too, had been made for television. Not as it was intended to be seen. Crap, it’s like I didn’t even see these films, so alienated were my experiences from the makers’ intentions. 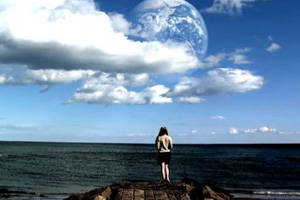 Walking to a screening of Cristi Puiu’s Aurora with Brian Darr (Hell on Frisco Bay) I discovered how he acquires the juicy screening details he provides on his essential blog. The SFIFF print traffic coordinator, HDCAM tapes piled in his arms, stopped Darr in the street and noted that the festival had added a 35mm screening of Another Earth, which Fox Searchlight bought at Sundance. The film was shot digitally in overcast New England, often with available light. The shadows and grain seem more like a product of Dogme 95 than mumblecore. It might have looked passable on my laptop. Could anyone possibly care that this screened on 35mm? I run a cinema in which half the screens are Sony 4K digital, and the studios are requiring—per the recent announcement at CinemaCon—all screens to be digital by 2012, at which point something like Another Earth will be shown as a DCP, eliding the expensive, Sasquatch-sized-carbon-footprint 35mm conversion process (I’m not a rabid environmentalist but the way films have been reproduced, transported and exhibited for a hundred years is jaw-droppingly stupid). Mysteries of Lisbon screened as a DCP on an enormous screen at SFIFF and the distant background details popped to a degree that shamed the pristine 70mm Playtime and Cleopatra prints I’ve seen on screens of comparable size. Uncompelled by Ruiz’s drama, I stayed put to marvel at the technical splendor. I was breathless for four and a half hours.

The sold-out Attenberg screening was definitive. I sat between two women who had very different ways of dealing with the 35mm projection gaffes. The one on my left, whom I knew from my dealings with a post-production facility, stared vehemently back at the festival volunteer, occasionally gesturing, hoping to convince her to address the problems. The one on my right, who mumbled in her Russian accent, “Can you believe they charge for this thirteen dollars,” began playing with her phone (she might as well have been watching Dogtooth on Netflix Instant) and I couldn’t really begrudge this performance of distractedness. Seriously: neither woman had her eyes on the film she’d paid to see. Not even Aesop could come up with better material to serve his point.

A lot of pressfolk skip screenings and marinate in DVD screeners. One visiting critic told me about his bracket system. He’d watch the first fifteen minutes of a handful of films, then decide which of those warranted his attention for the next fifteen minutes, and from there determine which warranted his attention beyond the half-hour mark, and so on. No doe-eyed fetishizing of film prints or Frodon’s big screen, just brutal efficiency. One could argue that he’s missing the point but maybe it’s the festival model that’s missing the point. 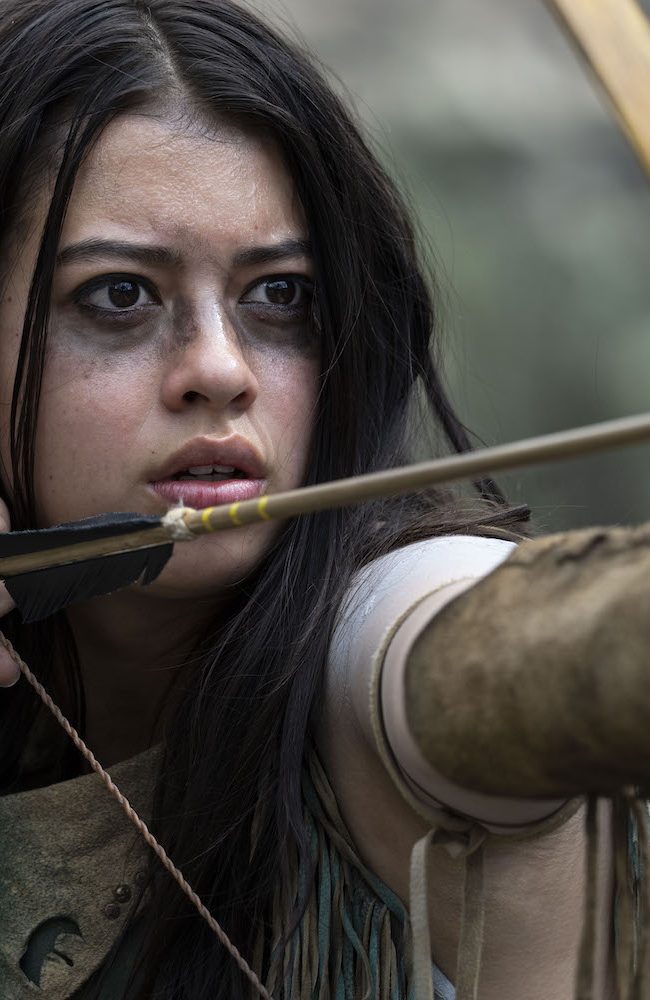 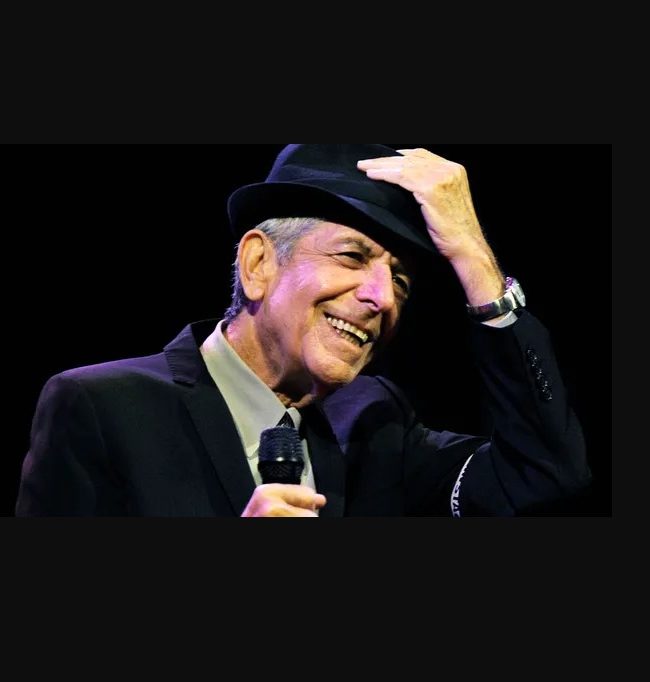