(The 43rd Annual Seattle International Film Festival starts May 18 and ran almost a month, all the way until June 11. Stay tuned to Hammer to Nail for reviews throughout the festivals monster run.)

“No wonder your president has to be an actor. He’s gotta look good on television!”-Doc Brown, Back to the Future

When asked if he thought his acting background was an advantage to doing the job of president, Ronald Reagan replied, “There are times I’ve wondered how you could do the job if you hadn’t been an actor”. It’s a telling statement from a president who spent two thirds of his time on public relations, logging more screen time up to that point than the combination of all other politicians since the advent of television. Sierra Pettengill (Town Hall) and Pacho Velez (Mankamana) created their documentary, The Reagan Show using news and behind-the-scenes footage from Reagan’s two-term presidency (1981-89). The result is equal parts amusing, upsetting, and apropos with regard to our current political poop show. Like with Trump, it was easy to make fun of Reagan when he didn’t have his finger on the nuke button.

The film has no narration, as none is needed. The footage speaks for itself. It’s a mostly chronological explanation as to why a man who was so ineffectual (if not downright detrimental) is considered by many to be “the Great Communicator”. No one can deny that he was charismatic. Like any actor, he knew how to smile, hit his mark, wave, and take direction. He was in his element at photo shoots, even coming up with a couple of ideas himself. POTUS was his meatiest role. But riding horses and inviting Mr. T to the Oval Office did nothing for the failing economy, the Cold War, or the threat of nuclear annihilation. As Ted Koppel so eloquently put it, “He’s a leader…but to lead us where…and into what?”

Before changing careers, Reagan was a successful actor, staring in 53 films. In nearly all of these roles, he played a variation on the theme of the upstanding, all-American hero. That’s precisely the sort of archetype the American people dream of having in the nation’s highest office. Trouble is, it’s an elaborate fiction. When Reagan filmed a television spot endorsing John Sununu, they naturally didn’t air the numerous outtakes, in which a flustered Reagan repeatedly flubbed the senator’s surname pronunciation. “I know John SU-nunu”, he erroneously claimed. Before his seemingly flawless and commanding addresses to the nation, the film shows him repeating key phrases as if running lines. Occasionally, he would do multiple takes.

The film also montages Reagan’s skilful ability to dodge the press. He was rarely caught away from the deafening roar of a helicopter or airplane, and he was always in a hurry. During a press conference, Nancy interrupted a pointed question with a strategically timed birthday cake. He was an actor, but not an improviser. 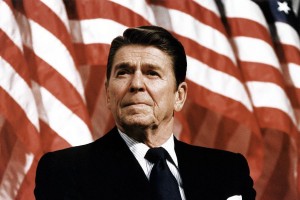 What did make it to air is almost more disturbing – including his address regarding the Iran Contra affair. Reagan claimed he wasn’t aware of the details about the document he signed, which traded nuclear weapons to Iran in exchange for American hostages. When the deal leaked, his response to the press was that, “My heart tells me it’s not true, but the facts tell me it is.”

The meat of the film involves Reagan’s sheer ineptitude regarding how to handle nuclear weapons, particularly in regard to the then called Union of Soviet Socialist Republics. An Atari-esque graphic illustrates Reagan’s childlike plan for the Strategic Defense Initiative, also known as Star Wars. It seemed so simple to him. Just put some satellites in orbit that can detect and destroy nuclear weapons as they breach Earth’s atmosphere en route to their targets. This cockamamie idea in no way comforted the American people, who pretty much expected to die at any moment under his leadership. A TV movie called The Day After was considered, in those times, a realistic depiction of nuclear attack and fallout. Reagan himself was among the 100 million viewers. A little girl, who was an extra in the film, told an interviewer that she hoped to be at ground zero “when it happens”.

Though the The Day After was a byproduct of the Reagan administration, he also seemed to have bought into his own bullshit. When villainizing the “Evil Empire” strangely didn’t bring about peace, Reagan met with Russian leader Mikhail Gorbachev to come to an agreement on how to reduce their respective nuclear arsenals. After a couple of days in Geneva, they accomplished little more than numerous photo opportunities. It took several more unproductive (and well-photographed) meetings, but they eventually compromised with the Intermediate-Range Nuclear Forces (INF) treaty, which resulted in the elimination of around 2500 short-range missiles by 1991. For a long time, however, the summits played like a series of awkward dates.

If this film had been released during the Obama administration, it might have seemed almost quaint. But in retrospect, it feels like a light rainstorm before the world-ending flood. The real Reagan Show set a presidential precedent, emphasizing public image over policy. The film also features the last bastions of television journalism: Ted Koppel, Tom Brokaw, Peter Jennings, et al. They weren’t afraid to scrutinize and question the administration in the interest of the American people. Today, unbiased reporting is all but extinct. The Reagan Show was only the beginning. As Reagan ominously stated, “You’ve got to save something for the 3rd act.” 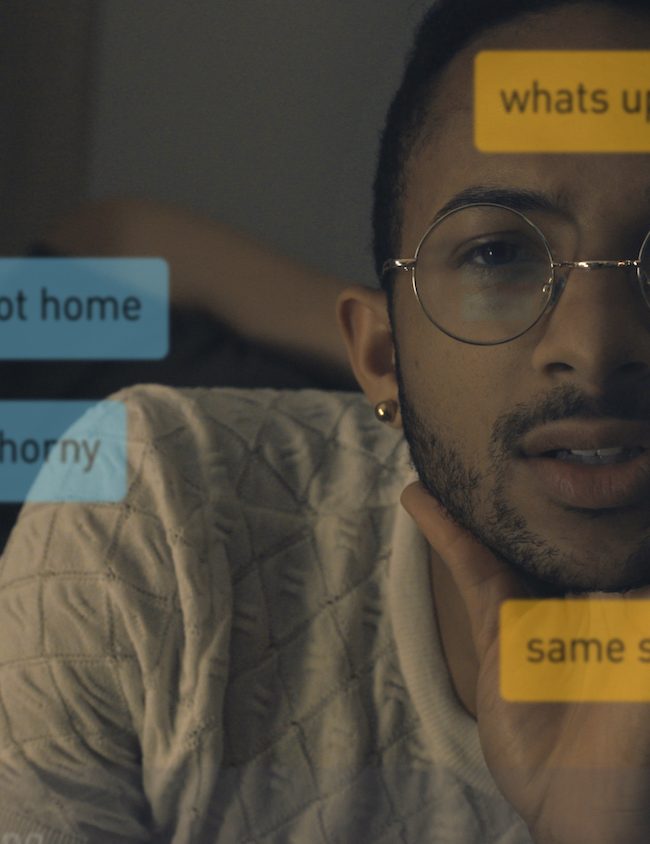 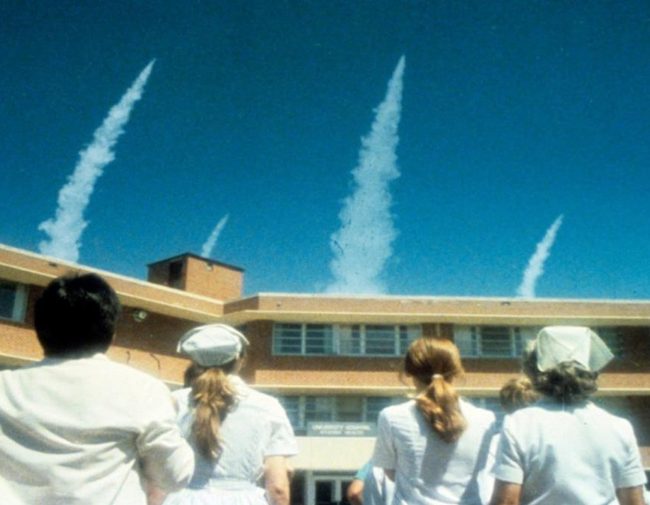