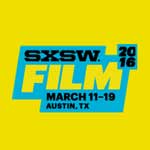 As always the SXSW challenge is trying to find those gems that come out of nowhere. Most of the titles that are in the “Visions” and “Narrative Competition” categories have no buzz because no one except the programmers have seen the films. This is quite refreshing, as opposed to Sundance where almost every film has gotten some sort of preview by either a sales agent, press agent or publicist so there is often chatter before the film even screens. Overall the industry presence at the fest this year was next to zero, there were so few familiar old faces, mostly because no one can afford the over priced housing anymore, all driven through the roof by the computer capitalists (“interactive,” whatever that means). I am still bitter about the fact that SXSW was once a festival celebrating art and now it has been consumed by young people trying to get “creative” in their search for new ways to make money and new, better ways for consumers to spend their money. Sorry, artists are trying to create actual experiences that change the way you look at yourself and the world. The Computer Industry workers are mostly just trying to find innovative ways to take your money; that’s my severely biased old man rant and I’m sticking with it.

At any rate there is no film festival that comes close to doing what SXSW does so well. It’s still not about big name stars, it’s a festival that celebrates the scrappy DIY energy of visionary first timers and out of step old timers. I just wish more of us semi-poor outsiders could still afford to attend, like we used to in the days before the money changers drove a hotel bed to $350.00 dollars and a PBR to six dollars. At this point I don’t think that a Krisha (last years mythic success story) has emerged from this crop but there were lots of exciting titles. Here are a few films that I enjoyed and hopefully they will turn up at a festival near you some time soon. 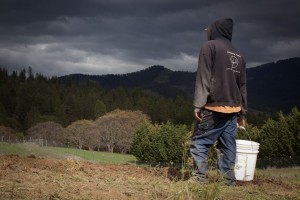 There needs to be a stall at every farmers market that sells DVD’s of food/farm related films. There are so many really good ones that they need to have their own cable channel! Boone is a “day in the life” style film that shows the working day to day tasks and challenges of a small farm, primarily sheep’s cheese/milk, in Oregon. There are no talking heads or formal interviews just a “fly on the wall” camera that is very articulate in capturing the action in a way that maximizes the beauty of the natural light and the color of the animals as well as the lush countryside. I am often skeptical of this so called “unobtrusive” style but I was pretty impressed with how well framed the shots were and I was wondering how this ordered style was achieved since I doubted the action (milking, repairing barns, planting seeds, shoveling) was deliberately staged. In the Q & A director Lamarca explained that he lived and worked on the farm for two years and while performing the same tasks each day he picked his angles and placed the camera in his head, this allowed him later to anticipate movements of the subjects and pick a shot that elegantly captured the essence of the task. Through radio background newscasts and casual dialogue between the three farmers it is revealed that the farm is not financially sustainable. One farmer says to another, “we are working our asses off providing a product that people want and still that is not enough?” One of the last scenes has the three farmers tearfully rounding up their much-loved animals for sale to pay off debts. An end credit sequence explains that a law in Oregon banning raw sheep cheese has caused the farm (that had been running for ten years) to close. One of the most touching scenes though is the burial of the old farm dog. After the grave has been filled-in other animals travel down the hill to poke and scratch at the grave. It’s one of those quiet , unplanned moments that attest to the powerful potential of this, one of the oldest documentary styles, that of unobtrusive observation. 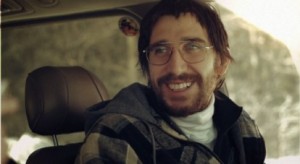 Donald Cried (written by Kris Avedisian , Kyle Espeleta, Jesse Wakeman, directed by Kris Avedisian) was one of the most talked about titles at the festival. The film features one of those characters like Mark Borchardt (of American Movie fame) who is just a total American small town type that we all know yet who we avoid, with lowered eyes, as he steps out of the shadows of the 7/11 while you are pumping gas. The film modulates our response to this raw nerve of a small town kook through the eyes of the returning “friend” who is as manipulative and jerky now as he was when they were in high school. It’s a world that is so perfectly nailed, through acting, locations, camera and editing that you find yourself somewhat speechless afterwards. But for me overall I felt the film missed a major opportunity in not turning fully against the returning wall street employed “friend” in the climax. The film cops out by dishing him a physical knockout rather than an emotional one and in that way the film did not fully resonate as much as it could have for me. But still, it left a big impression regarding the connection the filmmakers have to this authentically depicted middle to lower class New England setting. A very fun, at times painful, film to watch.

Papagajka (Emma Rozanski), fans of Shane Caruth’s Upstream Color will love this excursion into similar sci-fi dream associative terrain. The film takes its title and major inspiration from a housing complex that sits across the street from the Sarajevo film school where Rozanski went to school. Bela Tarr was one of her teachers at that film school. The film frames the strange angular, colorful courtyards and long hallways in widescreen which makes the lonely security guards presence, as the films hero, seem utterly inconsequential. He spends most of his time alone in a glass booth until a strange young lady appears one day pulling a suitcase, she invites herself into the guards’ apartment and all kinds of doubling, dreaming, board gaming and fog ensues. The Eastern European wacky sad vibe of Kusturica, Kaurismäki and early Menzel runs deep but the dream logic of the associative style narrative places it in it’s own art house world. The narrative doesn’t lead anywhere except in broken circles but the experience is all enjoyably held together by an amazing soundtrack great compositions, stellar cinematography and that darn kooky architecture that only exists in Eastern Europe. 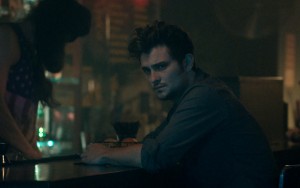 Long Nights Short Mornings (written directed by Chadd Harbold) Janet Pierson (Head of the SXSW Film Festival) introduced this film by taking the words right out of my mouth: “I am generally not a fan of young urban date movies but…” Likewise, the plot description and seeing the male hero’s (Shiloh Fernandez) utterly bland model face in the film’s opening started my knee to nervous twitching. Was I really about to spend 90 minutes with this overly confident bore? The pretty boy has got Brooklyn by the ovaries, swinging from apartment to apartment like some new age urban Tarzan; meanwhile, the Janes are all lined up and everything seems hunky dory until suddenly, it’s not fun anymore. Cassanova starts to crash once he realizes that the girls actually aren’t that interested in his mind or his personality either. Is it because he is a screaming bore and has no opinions about anything? Maybe, but at any rate the comedown is painful and our pretty boy has to take it on the chin as he stumbles through the lonely night. I was quite surprised at how dark it got. I would have preferred him to have gotten that existential bitch slap in the second act rather than the third, but at any rate, this is a very interesting twist on an old standard formula. Great lensing, all around acting and dynamic use of music made the whole experience very focused. 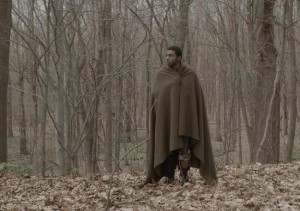 Alchemist Cookbook (written and directed by Joel Potrykus) Where have all the young angry punks gone? Are there still young people with that tear it down energy bouncing off the walls? Are they all just putting their frustration into social media rants and hacking twitter accounts of stars? As far as I can tell they certainly aren’t working in film, despite the fact that it’s as cheap to make a feature these days as a 90 minute record. Joel is the one hold out, at least that I know of, and his visual energy is a rare thing. It may be a narrative car crash but the screaming energy of this new one takes his one man band style to new levels. Unlike the past films that were primarily one-character rants, this one is set between two friends hiding out deep in the woods. What’s our hero cooking on that Bunsen burner with those weird chemicals from ancient recipes? I have no idea but when the devil emerges from the smoke and haze the effect is downright electric. At times the film felt like a raw version of Uncle Boonmee. The Joel Potrykus oeuvre is building and I can ‘t wait for the next one! Turn it up!