Though Josh Polon’s feature-documentary debut, MexMan, can occasionally seem a little too enamored of its main characters’ bro culture, its central narrative always remains compelling. We watch (and grit our teeth as things get hairy) while primary protagonist Germán Alonso – a talented, if troubled, stop-motion artist and live-action filmmaker – attempts to adapt his USC undergraduate thesis film into a feature. Both short and long-form projects bear the same title as Polon’s movie, and tell the tale of a Mexican immigrant, here in the U.S. illegally, who is killed in an accident and transformed into a cyborg, eventually seeking vengeance for the crimes against him.

Despite its clever premise, the film within the film may never see the light of day, given Alonso’s predilection for self-pitying bouts of distraction. Though he has the creative skills, he needs partners with solid organizational structure to lend confidence to potential investors. Along comes film-school classmate Tyler Soper and his brother Ben, who together pen the script (based on a story by Alonso), with Tyler leading the way as producer. Thanks to their input, the project attracts the attention of Moctesuma Esparza, of Maya Entertainment, who, before giving money, requires that the team shoot a few sample scenes to demonstrate their capabilities. So far, so good, Now comes the hard part.

What follows is painful to watch, sometimes tedious (scenes of guys bonding, or not bonding), yet nevertheless ultimately engrossing. Alonso does not help matters by plunging into a depression over an unrequited love, losing himself in the making of a birthday present for her. Meanwhile, Tyler, Ben and another friend/colleague fret over the looming test production. Despite everything, the resultant footage actually looks pretty good. But there’s one more shoot to do…

MexMan is a movie about a lot of things, some of them quite profound. It asks us to consider the cost of obsession – artistic and otherwise – and the nature and necessity of creative and business partnerships. If I tuned out, at times, I also found myself sucked in, at others. Perhaps that’s fitting for a film about a film about a cyborg, half one thing, half another. Certainly, both the jury members and the audiences at the 2018 Slamdance Film Festival saw something they liked a lot, as the film took honorable mention from each. Seen in that light, maybe Polon has found the perfect mix. 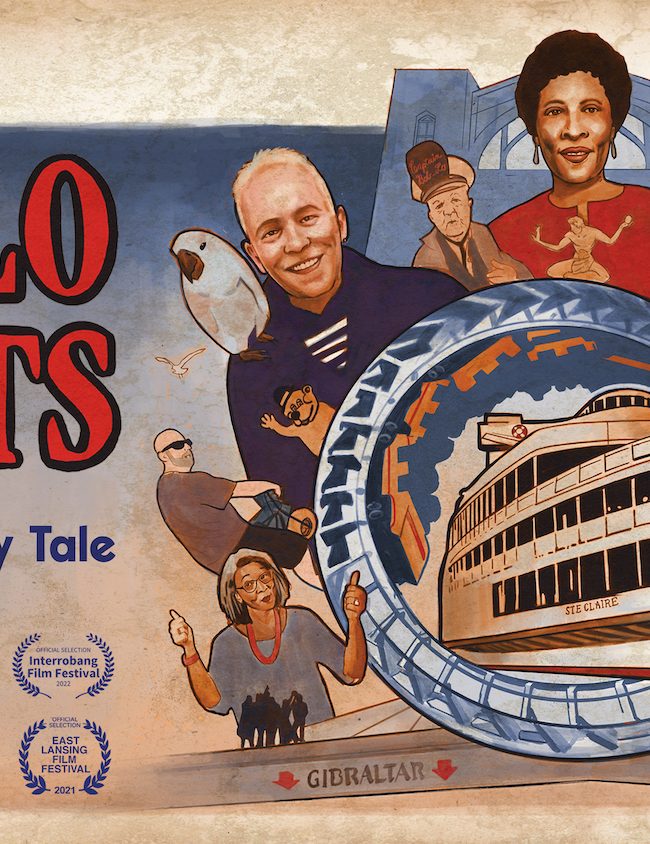