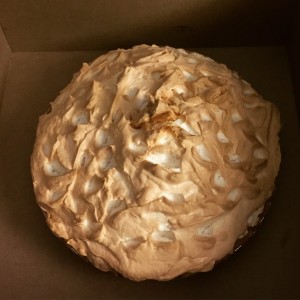 Sunday, March 1 marked the end of the 12th Annual Oxford Film Festival which is held each year in Oxford, MS. I’ve had the good fortune to have attended the festival as a filmmaker, juror and panel moderator for the past 4 out of 5 years and each year the festival truly gets better and better. As a veteran of countless films festivals of all sizes I can honestly say without hesitation or hyperbole, the Oxford Film Festival is a perfect example of how to do a smaller, regional film festival the right way. Granted, I may be a bit spoiled because for some reason the people behind the festival seem to really, really like me (notice the photo of the freshly made chocolate cream pie that Lynda Addington, the mother of the festival’s Development Director Melanie Addington made me) but also because it’s just a wonderful festival that makes filmmakers feel special and delivers independent film to a small community hungry to take it in.

Matt Mamula who screened his hilarious and somewhat creepy documentary Just About Famous at the fest said “as a starving artist, I mean (cough, cough), indie filmmaker, OXFORD is the festival to submit to and then be at. I mean they provide transportation to and from Airport, a comped hotel, free food, parties at cool places, industry to connect with and of course, great films. Other festivals try to do this right, but Oxford succeeds.”

Mamula hits on a few key points here about what makes Oxford such a positive experience. Firstly, the festival is well attended by the community. As a filmmaker there’s really nothing worse than traveling out of town for an extended weekend to arrive at a festival that has screenings attended only by other (equally annoyed) filmmakers and a few random community members. The people of Oxford are really excited to have you there and to see your film which is a tremendous feeling considering how much rejection and struggle typically follow indie filmmakers around. 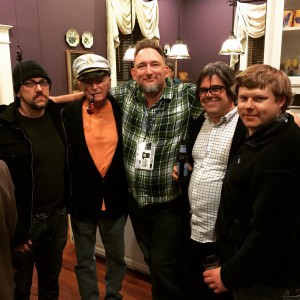 Hef himself attended one party in Oxford…or is that just one of the doc subjects in “Just About Famous?”

He also hits on another key which is: great parties. Now, now…let’s not roll our eyes and make a snarky comment about how parties simply cannot be important for a film festival. They are very important because this is where filmmakers can meet and hang out with other filmmakers, other festival programmers and local cast and crew who are anxious to have you back to film there or show your future films in and around Mississippi. Filmmakers can chat about other festivals and if they’re worth submitting to, we can talk shop, gossip, chat about distribution strategies and all the other things that inform our work and it’s a perfect place to do so.

The parties at the Oxford Film Festival are mostly at truly amazing and humongous southern homes provided by local supporters of the festival. Not only is there plentiful social lubricant at these shindigs there’s also wonderful FOOD which is again essential for smaller filmmakers. Eating delicious, regional food (fried catfish, shrimp and grits, hush puppies, BBQ) for free is a huge help to those attending the festival on a limited budget. Further, the festival has a tent set up outside the theater with free food for filmmakers all day long. Although there’s several amazing restaurants in Oxford, once the fest gets going you really don’t have to spend a dime on food unless you want to.

This year I attended Oxford as a juror for the shorts category along with fellow jurors, the filmmaker Justina Walford and fellow film critic John Beifuss. Thankfully there really weren’t any “bad” films in the bunch so our deliberation became more about trying to suss out which film we all agreed we liked “best” and then try to come up with some fun “special mentions.” I’ve included a list of all the award winners below. I should also note that all winners for each category receive a “Hoka” trophy (named for what by all accounts was an amazing independent arthouse cinema run by local legend Ron Shapiro) which is pretty much the nicest trophy on the film festival circuit. 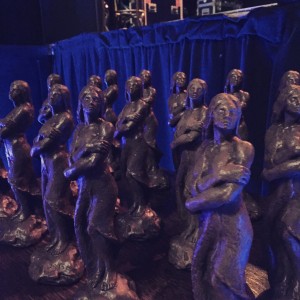 Filmmaker Lydia Hyslop made her first trip to Oxford to screen her film Burnout (which won best narrative feature) and said “Everyone I know who’s attended OXFF has always raved about what an awesome fest it is… and they weren’t lying! The entire weekend was a blast. The programming was high-caliber, the hospitality was primo, and the parties were insanely epic. I met some incredible people, both from Oxford and elsewhere. Oxford itself is a great town, too, with tons of historic charm and amazing food everywhere. All in all, our weekend couldn’t have been more perfect… we even won a Hoka! OXFF was the best way to wrap up our film’s festival run.”

The only real knock I can think of in regards to the Oxford Film Festival is that it isn’t a little longer. I also wish the weather was better as it’s usually freezing cold. But then again, I’d prefer bundling up for cold than trying to cool down from sweltering humidity! Hell, even James Franco made it to the festival this year to present his latest directorial effort of an American literary classic, this time with Oxford hometown’s own William Faulkner’s “The Sound and the Fury.”

With so many high profile festivals rolling out their schedules in the next few months, it’s a high pressure and painful time of rejection for a majority of filmmakers. The Oxford Film Festival provides a few days where filmmakers and fans of cinema can get together, relax and have a great time. Keep an eye out for the festivals call for submissions in 2016, Oxford is quickly becoming the premiere festival of the south. 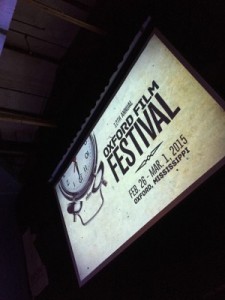 A Long Journey by Shannon Cohn

Day One by Henry Hughes

Special Recognition Awards
The Department of Signs and Magical Intervention: Best Ensemble cast
Ed is a Portal: Best depiction of tentacles emerging from a brain pan