Kate Dolan’s first feature film, You Are Not My Mother, transcends its budgetary constraints through fear-inducing sound design, strong performances, and a director who is well versed in the genre. I watched the film on my laptop and was still scared–the film is genuinely horrifying. However, it is the dramatic core that elevates it over the typical supernatural horror movie. Dolan makes you care about these characters, and as a result, terrified when they are in danger. While her short film Catcalls was intentionally campy, her first feature is quite serious. There are a few laughs here and there, but overall it feels more like Jennifer Kent’s The Babadook than Scream. Upon second viewing, I gained a greater appreciation of the film, noticing certain subtleties and disturbing mise-en-scène  hiding in the corners of the frame. Dolan, along with cinematographer Narayan Van Maele and composer Die Hexen, create a dread-filled atmosphere that matches this dark tale. You Are Not My Mother is one of the best horror dramas in recent memory because Dolan knows that a true scare does not come from a loud bang but from frightening storytelling.

The story takes place in Ireland, where Suzanne (Jordanne Jones) goes missing for one day. When she returns home she begins acting strange. Things then begin to not go well for her daughter Char (Hazel Doupe), who is bullied at her school. Jordanne Jones and Hazel Doupe are a believable mother and daughter, I bought into their relationship because of their execution in the emotional exchanges. Although what was happening on screen was strange, their dynamic grounds the film in reality. The film is not heavy-handed, and not many questions are answered. Instead, the audience is put into the shoes of Char. We are left in the dark, discombobulated. Considering there aren’t many locations in the script, the movie makes the most of its setting. Dolan manages to keep a normal-looking house interesting for the entire run time. She shoots every angle she can for each sequence. This is the type of passionate filmmaking lost in recent outings from, say, The Conjuring universe. Narayan Van Maele shoots some astounding long shots of grey, wet, Irish landscapes. Moments like these absorb the viewer by building tension slowly. At only ninety minutes, the story is patiently told, resulting in more effective scares.

Anyone who enjoyed Babak Anvari’s Under the Shadow or Natalie Erika James’ Relic will find merit in this experience. It has a somewhat familiar setup with the haunted mother and bullied daughter. The setting is what separates it from other horror films. Besides The Hole in the Ground, this is the only Irish horror film I’ve seen. Dolan does a great job of making this story specific to the setting with its Irish folklore roots. Experienced horror audiences will be familiar with this setup but unfamiliar with what surrounds it. As a fellow horror enthusiast, I search for discomfort, unfamiliarity, and disorientation. You Are Not My Mother checks those boxes. It follows the recent trend of ninety-minute, four to five character, four to five location horror films such as Till Death or The Vigil.

This film is a step above due to its masterful sound design. While all technical aspects are strong, it’s the sound design that makes this film so effective. There is one sequence around the twenty-minute mark where Char is having a nightmare. The scare in this sequence is perfectly executed. Instead of combining the petrifying image with the music, Dolan pulls the sound and allows the image to sit on the screen. When the delayed music finally cues, it sent chills down my spine. This reminded me of Mike Flanagan’s work in Ouija: Origins of Evil. Another brilliant sound trick happens in the middle of the night after Char sees her mother do something strange in the bathroom. She runs back to her bed and pretends to be sleeping. Her mother enters the room and asks menacingly, “Are you asleep?” It quickly cuts to a shot of Char at school the next day. It is very jarring the way she asks this question. Jordanne Jones gives my favorite performance of the bunch. I found it to be on the same level as Toni Collete’s performance in Ari Aster’s Hereditary. One sequence in which she dances aggressively to music in front of her daughter is particularly memorable. Her performance in this moment is gloriously over the top. She provides a performance filled with energy in an otherwise gloomy picture.

You Are Not My Mother has me looking forward to Kate Dolan’s future films. I’m eager to see what she can do with more resources. While the film is accessible to general horror audiences, it marches to the beat of its own drum. I’m sure Dolan had to sacrifice to make ends meet. Among the film’s many achievements are that those sacrifices are not evident on the screen. Dolan’s nightmarish vision feels complete.

Magnet Releasing; Kate Dolan; You Are Not My Mother film review 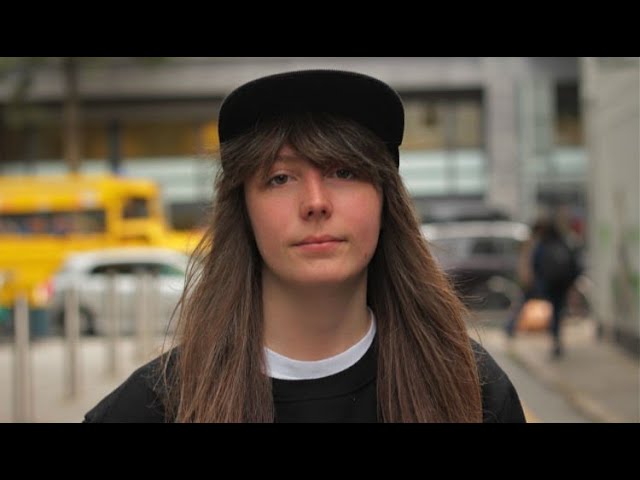