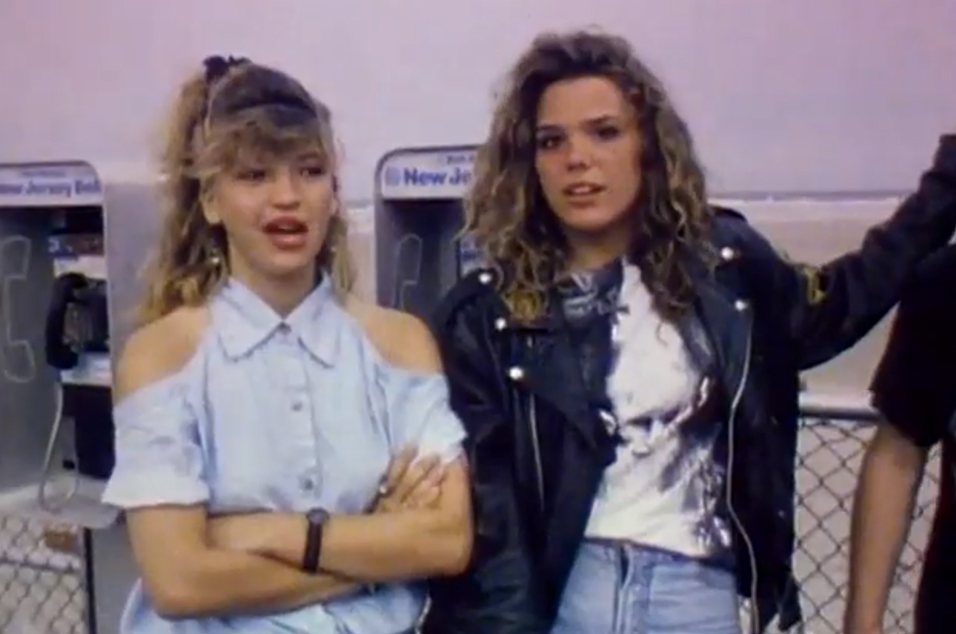 (Directors Carol Weaks Cassidy and Ruth Leitman’s cult classic documentary Wildwood, NJ was filmed with an all women crew over the summers of 1992 and 1993. It’s current run at Metrograph ends this month. Join the conversation with HtN on our Letterboxd Page.)

Nostalgia is a remembrance of things past, but a very peculiar one. It is a distorted remembrance. Nostalgia highlights the rosier aspects of our youth while dulling the saturation on the more challenging ones. Directors Carol Weaks Cassidy and Ruth Leitman take us down the nostalgia rabbit hole with their documentary Wildwood, NJ. The title refers to the resort town in New Jersey that boasts of a beautiful beach and a boardwalk replete with shops, eateries, fair rides, and teenage cruising. The documentary was filmed in the early 90s and begins by giving us a cross-section of generations relating stories of what Wildwood and the boardwalk mean to them. Young children joyfully sing “Over the Rainbow” in the bright glow of the beach sun, middle-aged couples reminisce about meeting on the boardwalk as teenagers, and older folks remember the boardwalk’s more innocent days. Wildwood, NJ works on multiple levels. As a viewer—especially those of us who came of age in the 90s—we experience nostalgia watching Wildwood all the while middle-aged and older individuals wax nostalgically on camera about the days of their youth on the boardwalk. Viewer and film subjects become entangled in a dance of nostalgia across time and space.

Wildwood undeniably touches upon nostalgia but viewing it exclusively along this paradigm is to miss out on most of its content. Wildwood devotes most of its runtime to the lives of teenage girls and young women of the early 90s. What fascinates is that a lot of the concerns these girls and young women speak of are topics that still concern these age groups today. In that sense, Wildwood is not merely engaging in rosy nostalgia. They talk about abortion, safe sex, and are critical of their bodies. Some feel stuck in place, work low-salary jobs, and have some of the same feelings of malaise as young people today. Several of the young women interviewed are frank and feel that the only way out of these gendered economic constraints is through marriage or traditionally gendered careers—modeling, acting, or cosmetology.

Weaks Cassidy and Leitman construct a bridge connecting young women from the early 90s to young women today. Concern over bodily appearance is most exemplary of this bridge. Interviewees in Wildwood report of dissatisfaction with several their body parts—legs, breasts, face, etc. This hyperfocus on women’s bodies is as much an issue today as it was back in the 90s. Social media and influencers that push supplements, workout techniques, and cosmetic surgery make young women feel worse and worse about their bodies. The resort town of Wildwood offered a summer escape for many in the Northeast, a somewhere “Over the Rainbow.” As you listen to the young women in Wildwood—their concerns, their worries—you wonder if there will ever be an escape, an “Over,” for young women beyond limited job opportunities and a critical focus on their bodies.