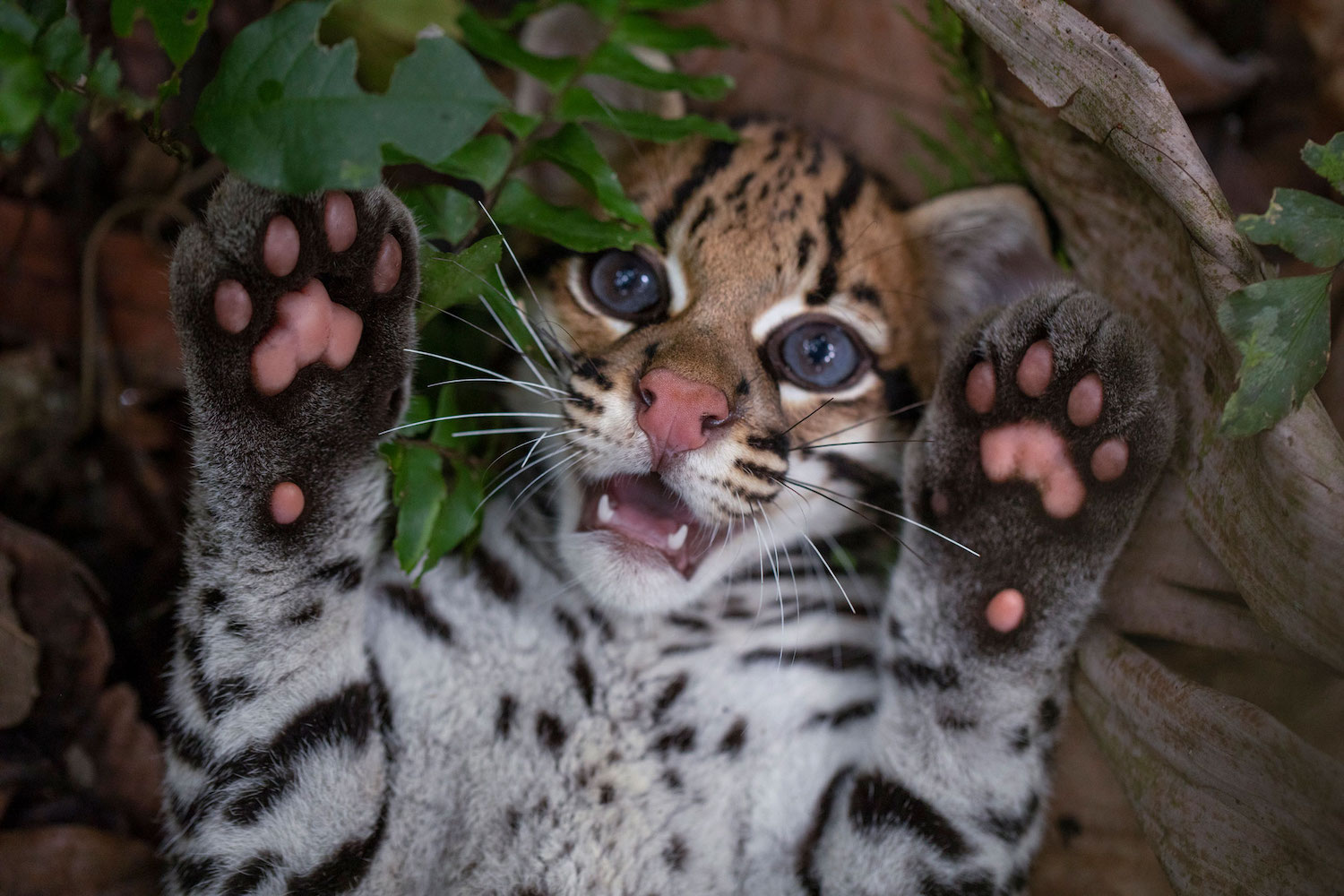 (Check out Chris Reed’s movie review of the movie Wildcat. It hits theaters December 21 and then streaming on Prime Video December 30. Seen it? Join the conversation with HtN on our Letterboxd Page.)

An intense, raw journey through the ups and downs of wildlife rehabilitation, PTSD, and mental illness, Wildcat plunges the viewer deep into a cinematic journey as profound as it is unsettling. We meet Samantha Zwicker—founder of Hoja Nueva, a nonprofit conservation organization protecting Peruvian flora and fauna—and Harry Turner—a British veteran of the War in Afghanistan in need of a break from violence and trauma—as they navigate the challenges of their own close relationship and the one they have with a rescued wild ocelot. Over the course of 2 years, we watch them raise that cat, named Keanu, with the goal to release him back into the Amazon jungle at 17 months (when his mother would normally cut him loose). Harrowing does not begin to describe the tale.

The documentary is a creative collaboration between its two principal human subjects and two filmmakers, Trevor Frost and Melissa Lesh (making their feature debut). Given the frequent isolation from other people, their working bond needs to have been tight, although a quick read through the press notes reveals that only Harry filmed Keanu, since everyone wanted to keep the ocelot’s interactions with humans to a minimum. Harry also captures a number of video diaries of his own, especially when Samantha occasionally heads back to Seattle, Washington, to complete her Ph.D. What we witness is therefore a combination of intimate material and more formal interviews, coupled with trail-camera footage and drone shots. All of it makes for a compelling narrative.

As with so many documentaries that ostensibly focus on animals, the dramatic trajectory is as much about our protagonists’ evolution as the rescue story, though this does not mean that there is not copious amount of time spent on Keanu and conservation, in general. But Harry’s growth from trauma survivor to (more or less, depending on the day) competent and confident adult forms as much the emotional spine of the movie as the question of whether or not Keanu will make it. The two threads work in perfect harmony.

Samantha (aka Sammy) is essential here, too, since it’s her group that has made this all possible. Plus, she has past trauma of her own, and as she and Harry fall in love, Sammy questions her own life choices and whether or not she gravitates towards damaged souls because of her father’s alcoholism and abuse. The Peruvian Amazon’s difficult living conditions, away from most 21st-century distractions, offer a background that is grueling but also healing, for Harry and Sammy, both.

But let’s talk about that cat. Delivered to Hoja Nueva (Spanish for “new leaf”) from loggers who might otherwise have sold him into the illegal exotic-animal trade, Keanu is a force to be reckoned with, though absolutely adorable as a one-month-old. I confess that I had no previous knowledge of what an ocelot looks like (imagine a miniature jaguar, still much bigger than a domestic feline), nor how damn cute they are well into adolescence. The stakes for Keanu’s survival are raised especially high after a tragic prologue involving an initial animal. Our feelings about the proposed outcome are decidedly mixed. Yes, we want Keanu to gain eventual full independence and survive on his own, but we also know that, given the parent-child imprinting the one on the other, the final separation will add further trauma to both their lives.

Fortunately, to appease our pain, there is plenty of amazing cinematography—daytime and nighttime—to showcase the natural wonders of this world, threatened by logging devastation as it may be. And though I may feel bad about the other creatures that Harry helps Keanu kill, it’s always a joy to see the young cat learning the ways of the wild. The movie is like a feature-length video from The Dodo, only with an even more dynamic central drama. Often uncomfortable, it earns every beat and, just like the scratches Keanu inflicts on Harry, very much leaves its mark. 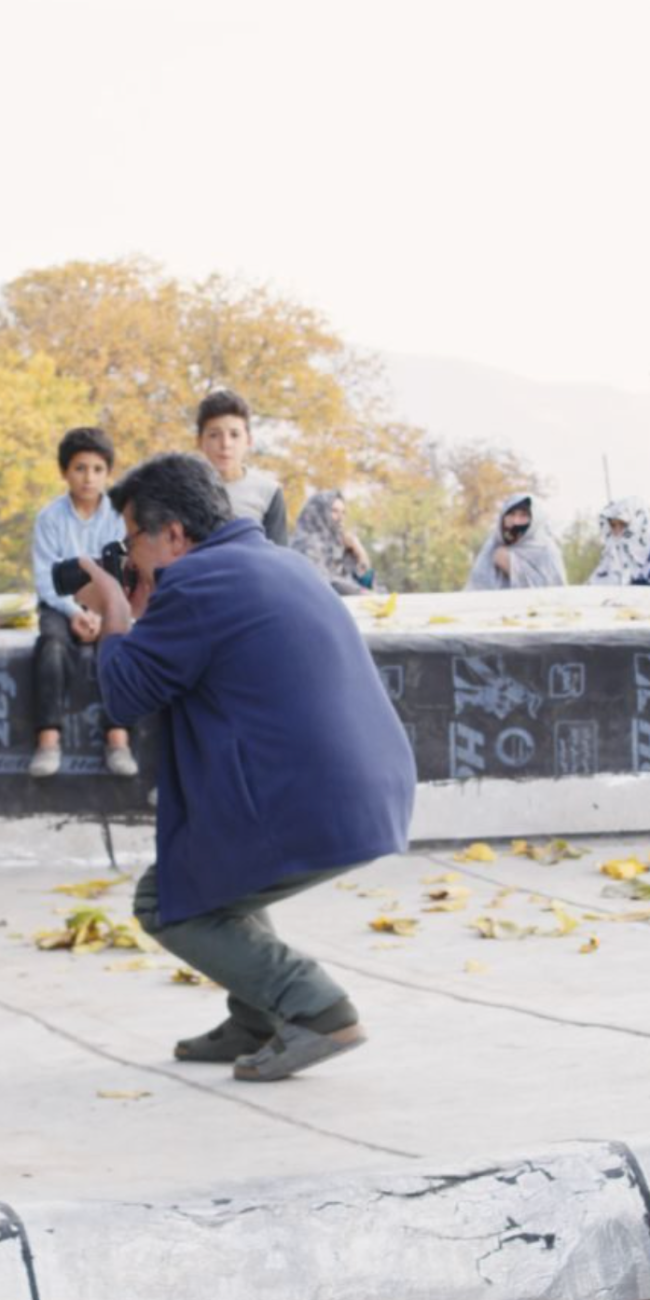 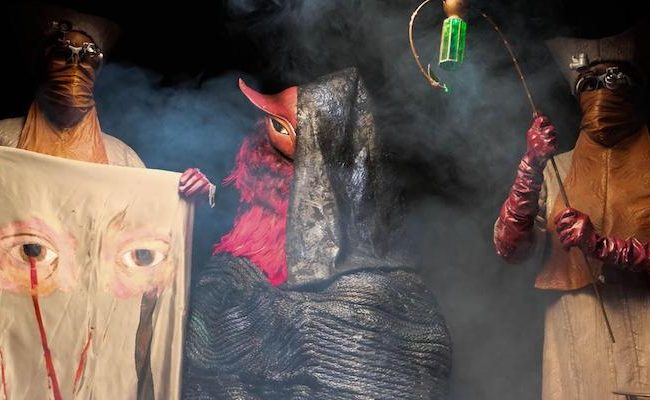 A Conversation With Travis Stevens (A WOUNDED FAWN)