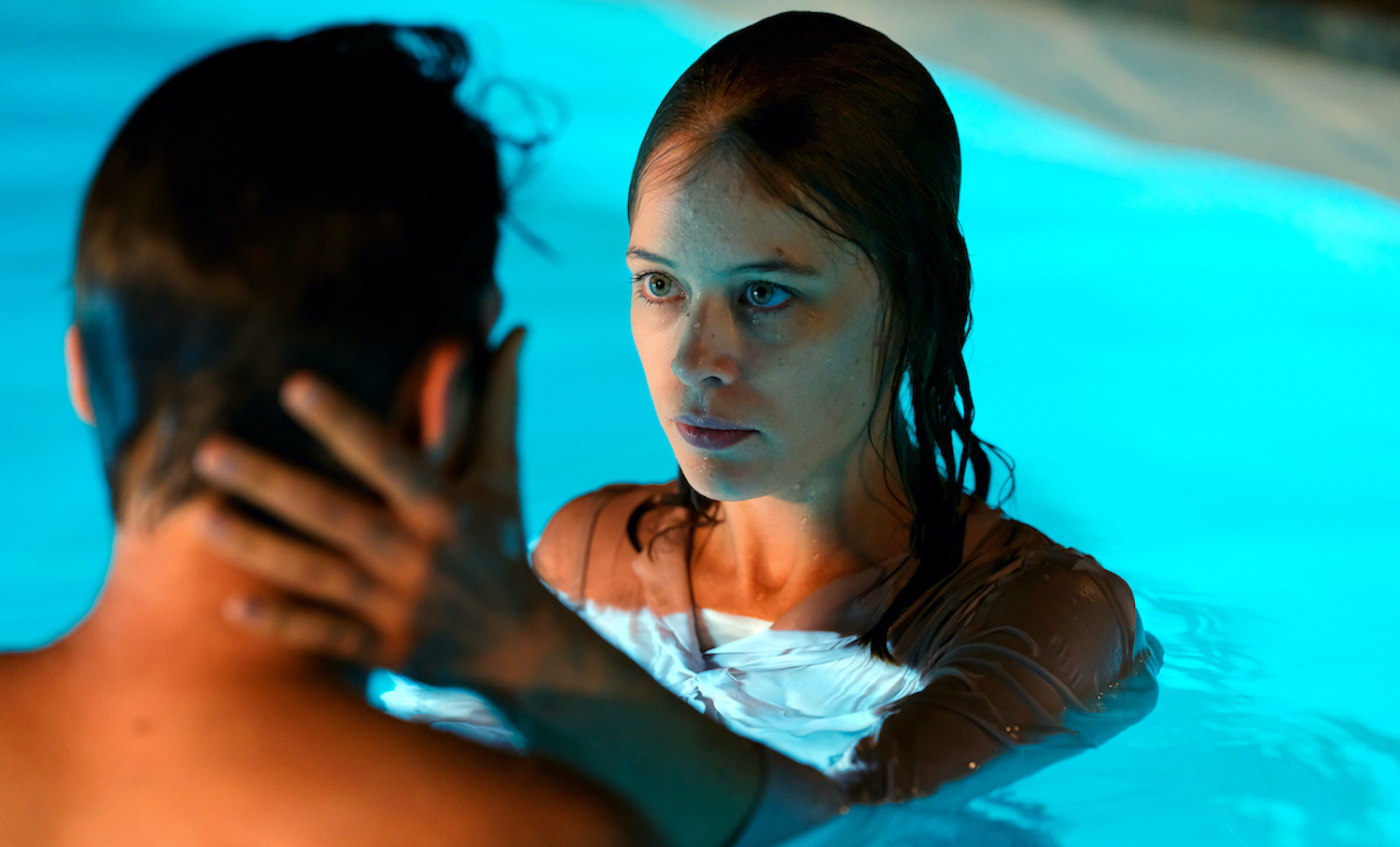 (Christian Petzold’s newest film, Undine is in theaters and on VOD now via IFC Films. Like what you see here on Hammer to Nail? Why not give just $1.00 per month via Patreon to help keep us going?)

If, like me, you come to German director Christian Petzold’s newest film, Undine, with little to no knowledge of its mythological roots, then the direction of the story may initially mystify. But whether or not you understand the context, the movie soon plunges you into its watery depths, enveloping you with its liquid mystery, wrapped up in a sensual romance. Seductive and tantalizing, Undine is not without the occasional cinematic frustration, though the charming allure of enigma ultimately wins the day. Give yourself over to its siren song and float blissfully away.

Petzold is no stranger to elliptical construction and narrative defamiliarization. In his 2018 Transit, he set a World War II-era thriller in modern times, without explanation, simply photographing the plot – of German Resistance fighters fleeing the Nazis – in today’s Marseilles. Here, he likewise eschews any clarifying exposition, preferring to have the viewer figure it out (or not) as he goes along. Given the power of the performances and the beauty of the central love affair, how much one follows of the underlying legend is almost immaterial.

When we first glimpse our title character, Undine (Paula Beer, Transit), she is in the midst of a breakup, her partner, Johannes (Jacob Matschenz, My Wonderful Wanda), brutally informing her that he no longer loves her. Devastated, she states, matter-of-factly, “You said you love me, forever. You can’t leave. If you leave, I’ll have to kill you.” As one might expect – and as one might do, oneself – he nervously laughs this off. But then she informs him that she has to go to work and that he will stay in the café while she is gone, and if he doesn’t, he will have to die. Suddenly, he’s not so sure. And off she goes.

It turns out she works in the building next door, from which she can see him still sitting at the same table. We follow her into the lecture she then delivers to a group of visiting tourists. It’s a talk on the 20th-century history of Berlin, before and after German reunification, and on its current development. She is an historian, freelancing for the Berlin City Museum, and though it is never quite clear what bearing, if any, these lectures have on the main plot, they lay the groundwork for the importance the past bears on the present. For something lurks inside Undine, ready to strike.

When she rushes back to the café, Johannes is gone, but inside she hears a voice speak to her from a fish tank, as if from the small model of an industrial diver at its bottom. And just at that moment, in walks Christoph (Franz Rogowski, also in Transit), an actual diver who has pursued Undine after her talk to tell her how much he liked it. Embarrassed at his own presumption, he stumbles back, bumping into the wall and setting off vibrations that send the fish tank crashing down. It’s hardly meeting cute, but as we discover in a quick cut, they subsequently become lovers.

When we see Christoph in his own natural habitat, he is at the bottom of a lake, welding a structure as a large catfish swims by. As it turns out, though, Christoph is not the real water creature here. That would be Undine, herself, whether or not she knows it, since her name comes from the myth of an eponymous water nymph whose lover must die should he abandon her. There’s no danger that this will be Christoph, so enamored is he of her. But Johannes will work his way back into the mix, much to his ultimate misfortune. There’s also Monika (Maryam Zaree, Born in Evin), Christoph’s lovelorn colleague, who plays her own part in what becomes a love quadrangle. If this all sounds confusing, it can be, but it is also somehow beautiful.

It might have behooved Petzold to offer some clarification on the connection between the Undine of yore and that of now, but the riddle of it all interests him far more. There’s a magnificence to the aesthetic restraint, as well: no matter the heightened emotions, the mise-en-scène remains almost preternaturally calm and calculated (even repeating a few earlier shots later on, bringing the past full circle). It’s in this opposition, contrasting the violent and sublime, that the true appeal of Undine lies. We may not grasp whence horrors come, but they exist, and sometimes they beguile. Perhaps those history lessons have meaning, after all. 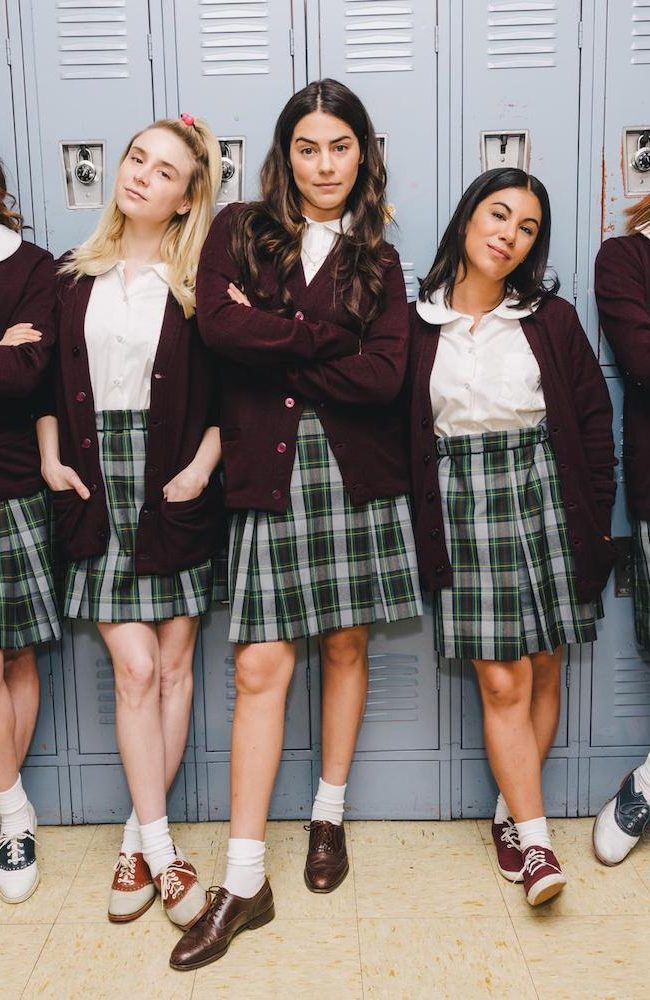