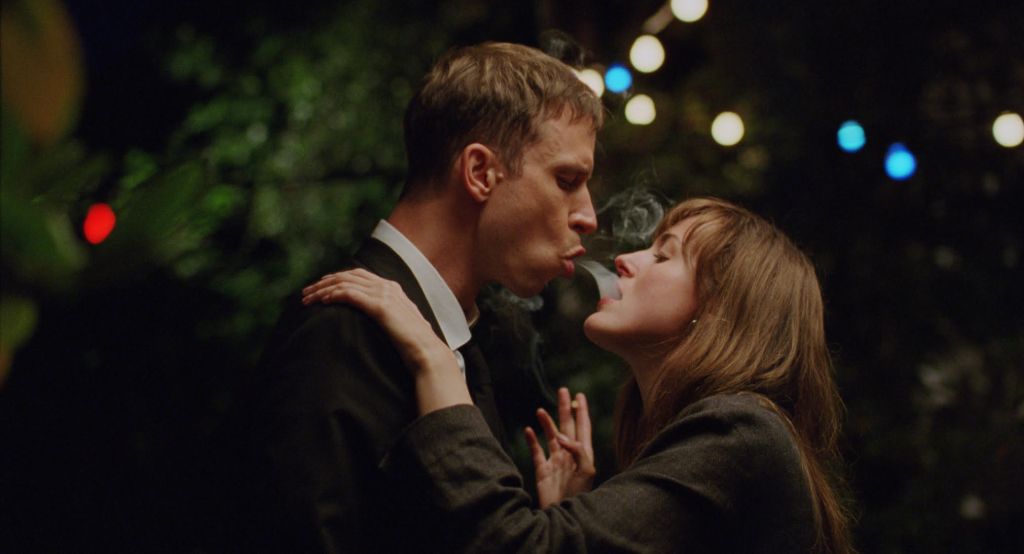 (The 2021 New York Film Festival (or NYFF) is in its 59th iteration and runs September 24-October 10. Here, M.J. O’Toole gives a film review of Joachim Trier’s The Worst Person in the World. Like what you see here on Hammer to Nail? Why not give just $1.00 per month via Patreon to help keep us going?)

After taking a genre turn with 2017’s Thelma and exploring a grieving NY family in 2015’s Louder Than Bombs, visionary Norwegian filmmaker Joachim Trier returns with a fresh reinvention of the rom-com. The Worst Person In The World feels like the third chapter in a trilogy of Trier’s Oslo-set films which include 2006’s Reprise and 2011’s Oslo, August 31st. Each film centers on individuals in their 20s or 30s struggling to find direction in life. Here, Trier turns his camera to a young woman trying to figure out her life over several years as she approaches her 30s. The film is about the messiness of young adulthood and a life of many options in what may be his best film yet.

Renate Reinsve (who won Best Actress at this year’s Cannes Film Festival) is the heart and soul of this movie as Julie, who is somewhat adrift in her twenties as she comes to a point in her life where her options are limitless. The film opens in grad school where Julie is unsure of which interest to follow. She switches from biology to psychology (where she has a short fling with a professor), to all of a sudden wanting to pursue photography. Each of these changes in interest happens at a point where she realizes she isn’t satisfied where she is. All this unfolds in a brisk montage with third-person narration. Throughout the film, we experience Julie’s evolving young adult life in 12 chapters.

Post-prologue, Julie meets Aksel (Anders Danielsen Lie), a youthful cartoonist in his 40s who is sympathetic to the younger generation. Their chemistry is unquestionable, but when Aksel tries to end things with Julie early on due to them clearly wanting different things in life (given their age difference), that somehow makes her fall for him moreso, and so she impulsively moves in with him. Throughout their relationship, he is supportive of her through familial tension and her various ventures. Even when they disagree over certain things (mostly children) they still show affection for one another, even if Julie has one eye on the ejector button.

Eventually, the passion begins to fade when Julie wants more out of life than just being an artist’s girlfriend working a temp job at a bookstore. While walking alone one night, she decides to crash a wedding reception where she has a meet-cute with goofy, charming Eivind (Herbert Nordrum) who is close to her own age. She first draws him to her when she tricks a group of women at the reception into thinking that hugging their kids will traumatize them. As they bond, flirt, and learn that the other is in a relationship, they play a sort of game to see how close they can get without technically cheating, whether it’d be watching each other urinate or breathe cigarette smoke back and forth in each other’s mouths.

Throughout the movie, Julie’s sense of freedom pulls her in different directions, typically when a new chance at something begins as another thing begins to wane. In this case, it involves her relationship with Aksel as she fears it may end up being her sole purpose in life. Her unspoken problem with her relationship is emphasized through a montage consisting of old photographs of her miserable-looking grandmothers who dealt with mostly miserable marriages. The opportunity for Julie to make a choice about what she wants opens up into a dazzling sequence where time suddenly stops at the switch of a light (literally), and she runs eagerly through Oslo past the frozen pedestrians. Even though her story is mostly told through her relationships, Trier and his frequent co-writer Eskil Vogt refuse to define her that way. Each relationship Julie has, whether or not it’s defined as a success, plays a significant role in helping her find her purpose and sense of self.

When Julie visits an old acquaintance who is dying late in the film, it is a moment that gives her a wake-up call on time and mortality. From their day-long talks and reflections on regrets and the unshakable fear of unimportance, Julie takes her first steps into being more responsible for her own life and truly making the most of what she has. Trier and Vogt’s screenplay expertly brings each actors’ performance alive with deep, realistic dialogue that conjures up the film’s joyous and melancholic atmosphere. It is truly impressive how the moments effortlessly transition from being hilarious, to relatable, to contemplative, to sorrowful in terms of regarding loss and life’s unexpected roadblocks. Plus there’s a wild psychedelic mushroom trip that feels like it could be out of The Big Lebowski.

The Worst Person In The World is a radiant and romantic look at how life for anyone of any generation is a work in progress. To call this a must-see for Millenials doesn’t do this film justice. It will connect with anyone who contemplates where they are in life, and will open your eyes to both life’s possibilities and plights. Trier’s fifth feature is not only an ode to a generation but also one to the city of Oslo. Renate Reinsve is a star in the making with her vibrant, exemplary performance as someone trying to find her way in life while living in the moment. Anders Danielsen Lie, in his third collaboration with Trier, gives another praiseworthy performance that is full of gentle humor, spiritedness, and sorrow. The Worst Person In The World is a delightful and introspective take on sex, awkwardness, and professional and personal screwups.